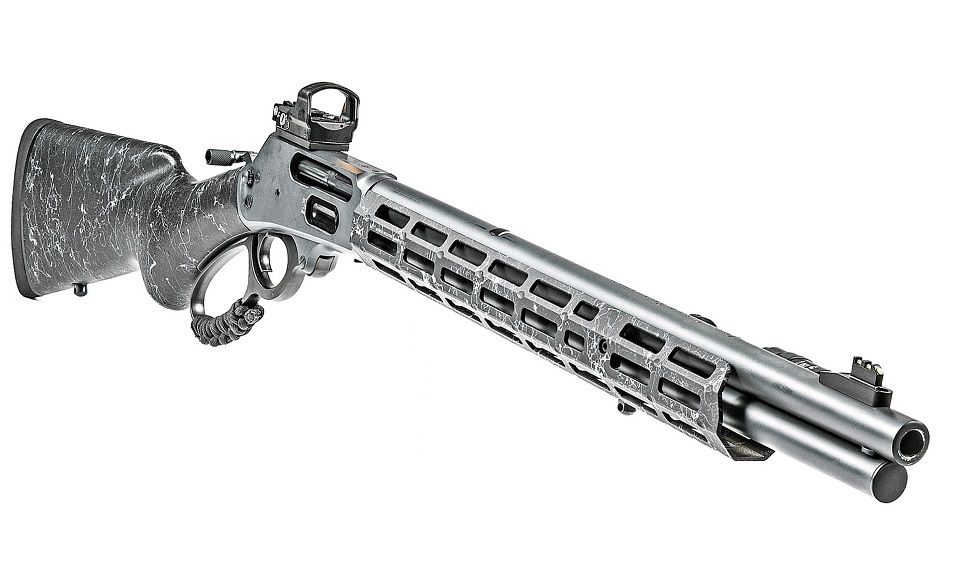 Posted by ThemApples
Updated by michaelw 4 days ago
More deals from Wikiarms.com
56308 views

Login or register to post comments
By Krombopulos_Michael, 7 months ago

I'm waiting for Henry to make a side loading gate for their .357 I can't afford a Winchester, and I sadly no longer trust Marlin's quality.
A fella can dream....

up
0 votes
down
0 votes
View score
By 37yearoldboomer, 3 months ago

The Rossi 92 is back in stock in many online stores again. It's cheap and has a few rough finish spots but I've been impressed with mine.

Henry is making a 357 side loading rifle. Only issue I have for it is... it's all black like a tactical kind of transformation.

up
0 votes
down
0 votes
View score
By TEDD2K, 1 month ago

It's true that Marlin was having quality control issues, however, that is now in the past since Remington purchased Marlin. Gone are the old out of date tooling equipment. Every single part is now precision made by highly skilled American craftsmen including the best of the best from the original Marlin factory. Remington invested in all new state of the art tooling and CNC machinery. Every firearm is now inspected piece by piece before it is shipped. These new Marlin carbines/rifles are now the finest Marlins ever produced. I owned a Marlin Limited in 45 COLT with the 16.25" barrel and it was a fine and handy carbine. I sold it for a tidy sum least year. The new Marlin 1894's and 1895's are the best lever guns made now and I would rather own these new carbines then any Henry or Winchester, they're that good. There's a really informative video of the new Remington owned Marlin division and it really opened my eye's and changed my mind about Marlin's as I was also leery of Marlin's quality, once upon a time. But that was before Remington took over and heavily invested in Marlin as I've already outlined above. Marlin suffered from old equipment and tooling that just couldn't meet strict quality control standards for a modern firearm. Go look at a new Marlin and handle it and better yet shoot it. You'll be pleasantly surprised and pleased with the high quality of these new Marlin rifles. It's quality you can see, feel, and experience at the range and out in the field. My next carbine is a new Marlin 1894 without a doubt and without any reservations whatsoever.

up
2 votes
down
0 votes
View score
By ITBS-Snek, 12 months ago

up
0 votes
down
0 votes
View score
By EvoShift, 12 months ago

It's sad that someone thought this picture was attractive, let alone that it would sell rifles. Shaking my head.

up
2 votes
down
3 votes
View score
By MyMotherShotMeOnce, 13 months ago

I wonder if the upper hardware matches the lower hardware (drapes/carpet)??

up
1 vote
down
0 votes
View score
By Thornhulk, 12 months ago

I'm guessing there is a matching donk on that.

I didnt even realize there was a gun in this picture

up
2 votes
down
0 votes
View score
By MyMotherShotMeOnce, 13 months ago

I’d like to inspect that bore and check for rifling

up
4 votes
down
1 vote
View score
By MyMotherShotMeOnce, 13 months ago

I’d like to inspect that bore and check for rifling