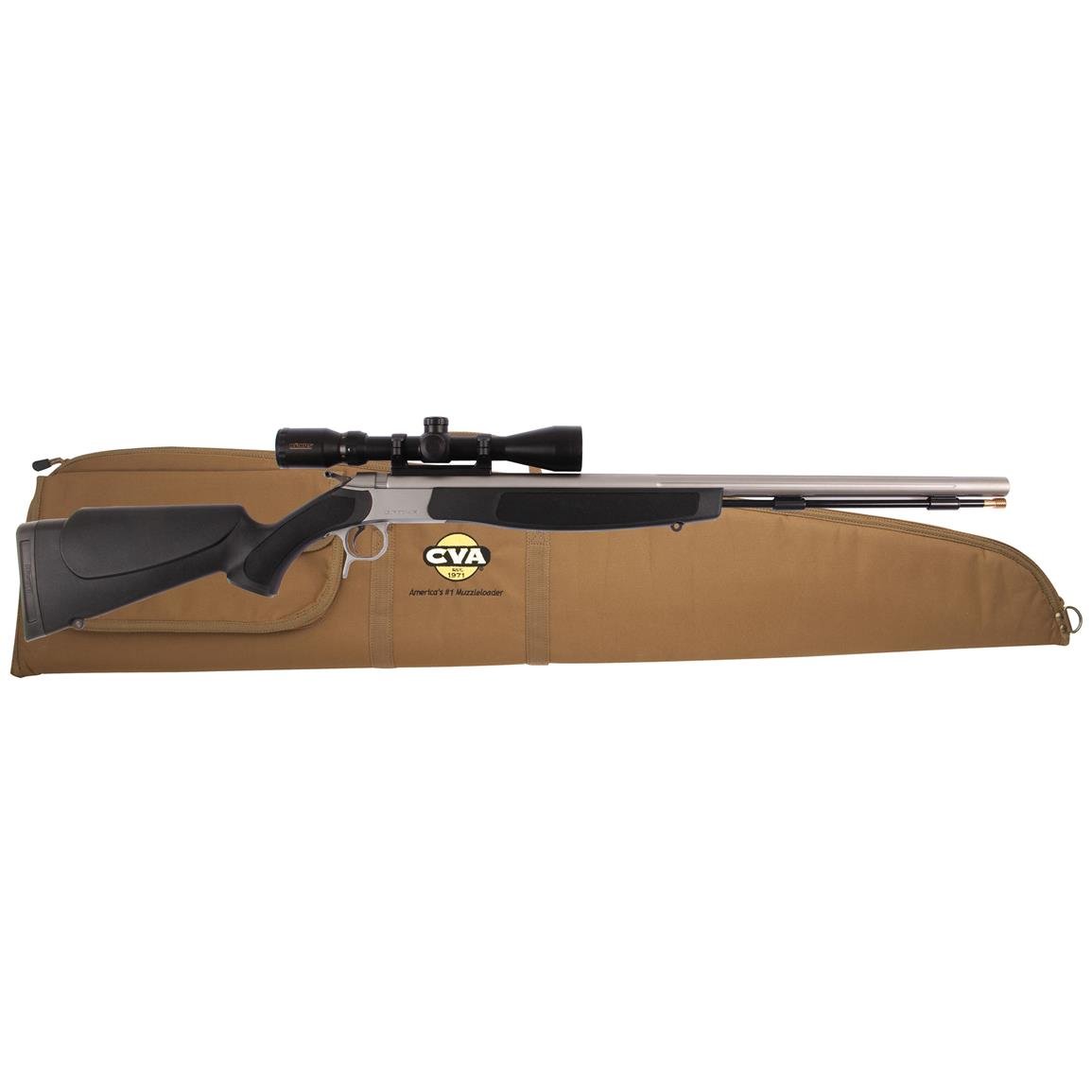 CVA Optima V2 .50 Cal. Muzzleloader with KonusPro 3-9x40mm Scope - $339.99 w/code "ULTIMATE20"
$339.99
The hugely-popular Optima Black Powder Rifle is back and better than ever! The V2 represents the 2nd generation of CVA's best-performing affordable rifle, which means you get all the best features for a price you can afford! The 26"l. stainless barrel makes this Rifle easy to maneuver whether you're in the tree stand or walking through the deep woods. The "neutral center of gravity" trigger makes it well-balanced and easy to shoulder. And thanks to the quick-release breech plug, removal takes just a simple twist...no tools required!
0
Sportsman's Guide Compare prices for this product 1636
3 months ago

Traditions Vortek StrikerFire VAPR Muzzleloading Rifle 50 Caliber 28" Stainless Steel Cerakote Barrel Synthetic Stock - $362.11
$362.11
The Vortex StrikerFire VAPR Muzzleloading Rifl provides a 1:24" twist rate to the Strikerfire platform. The faster twist will stabilize bullets, increase accuracy, and expand the range of bullet options that can be shot out of these muzzleloaders. The Vortek StrikerFire represents one of the most advanced muzzleloaders on the market thanks to the StrikerFire system and the TAC-2 Trigger.
0
MidwayUSA Compare prices for this product 293
7 months ago

Traditions Build It Yourself .50 Caliber Kentucky Rifle Kit - $276.99 after code "ULTIMATE20"
$276.99
Do you like working with your hands? With a little help from our friends at Traditions, you can use your hands to craft a piece of history. Sold only as a complete kit, this Build-It-Yourself Rifle lets you build a classic, right-handed, percussion-cap long barrel. 33.5" white octagonal (un-blued) barrel with 1:66" rifled twist. Ready-to-finish hardwood stock. Solid brass furniture. Has a V-type mainspring. Fixed rear sight, blade front sight. Finished Rifle is 49" long overall and weighs 7 lbs.
0
Sportsman's Guide Compare prices for this product 674
9 months ago Traditions Buckstalker VAPR XT Muzzleloading Rifle 50 Caliber with 3-9x40mm Scope and Case 24" Steel Barrel Synthetic Stock - $214.70
$214.70
The Buckstalker XT comes with premium-grade Chromoly steel barrel, this allows the Buckstalker XT to be lightweight, yet accurate and strong. The Buckstalker XT is outfitted with the Elite XT Trigger system which is an upgraded trigger that has a rebounding hammer, precise trigger pull, and manual cross block trigger safety. Thanks to the 24" barrel, this compact and maneuverable firearm is perfect for any situation from shots in dense brush to long shots across fields. With many other features included, the Buckstalker XT is an excellent, accurate, value-packed muzzleloader.
0
MidwayUSA Compare prices for this product 505
10 months ago

CVA Inc Wolf 209 50 Caliber Muzzleloader with Stainless Steel Barrel - $249.99 ($7.99 S/H on Firearms)
$249.99
CVA INC WOLF 209 .50 CAL MUZZLELOADER - The recently redesigned WOLF has all the features that made the original WOLF the number one selling muzzleloader in the world – plus many new features. Still lightweight and easy to maneuver, the WOLF even comes in a COMPACT version that is just the right length for a youth or small-framed adult, or even for the shooter who just wants a quick-handling gun for brush hunting. The 100% ambidextrous stocks are available in either black or Realtree Hardwoods Green camo.
0
GrabAGun.com Compare prices for this product 1205
11 months ago 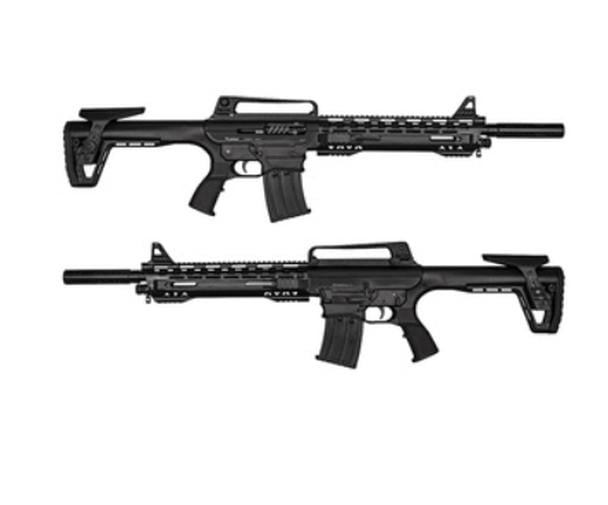 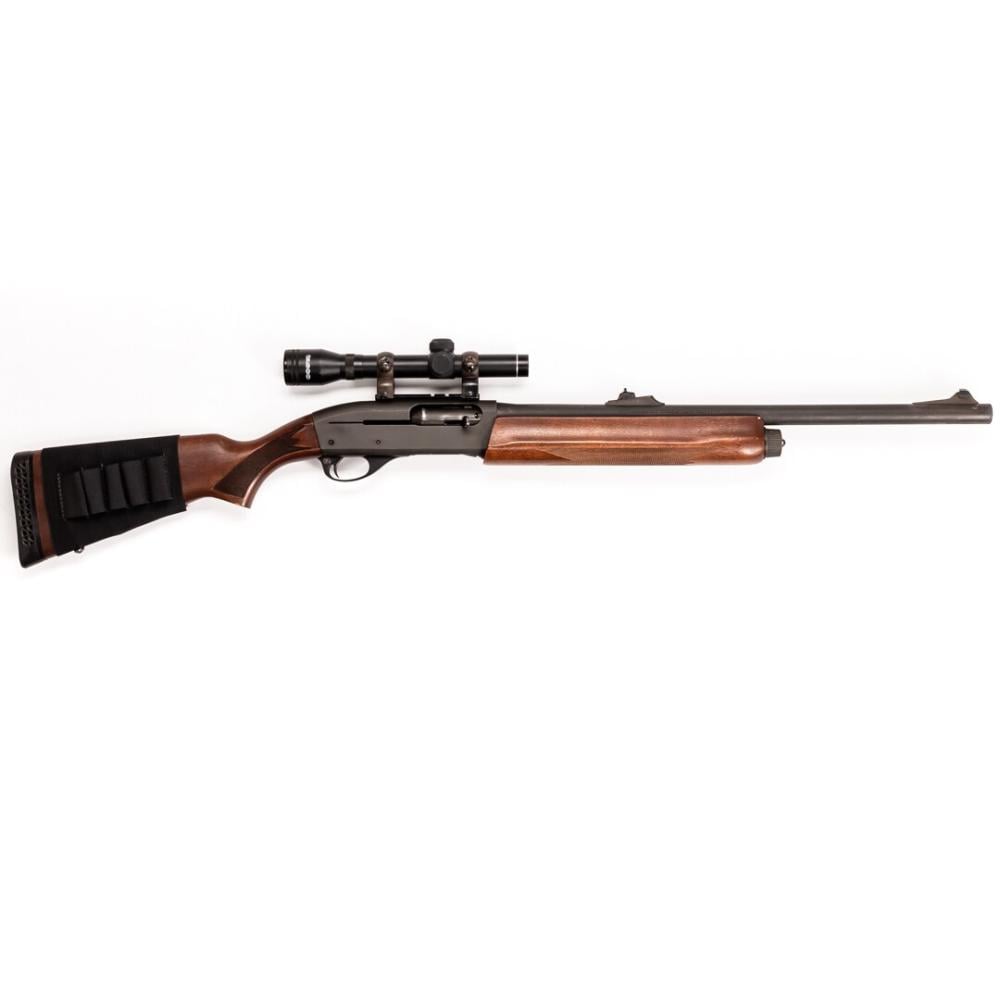 Remington Model 1100 12 GA 5 Rd - USED - $759.99 (Free S/H over $49)
$759.99
SKU: GDC0000089685 For sale is this Remington Model 1100. A true American classic that's been trusted for decades, the Model 1100 is a semi-automatic 12-gauge shotgun that combines an autoloader's versatility with the handling of a double-barrel. This model has a fixed cylinder bore, a 2 3/4" chamber, rubber recoil pad, and a stock sock shell holder. It also has iron sights and comes with a Tasco 2.5x20 scope with a rail to mount on the receiver. Overall, this shotgun is in good condition. There is some wear and scratches to the finish and some deep gouges and scratches on the wood.
0
Guns.com Compare prices for this product 576
13 months ago Savage Axis II XP Bolt-Action Rifle with Scope - .308 Winchester - $449.99 (free store pickup)
$449.99
The Savage® Axis II XP Bolt-Action Rifle features a durable synthetic stock and a matte-black-finished carbon steel barrel and receiver. The Axis II XP comes with a factory mounted and bore-sighted Bushnell Banner® 3-9x40mm scope. Savage's AccuTrigger® enables shooters to obtain exceptional accuracy with the Axis II rifle, by allowing precise adjustments for desired weight of pull with a crisp release and no creep. A lever mounted within the trigger body blocks the sear unless the trigger is intentionally pressed in the center, virtually minimizing the risk of accidental discharge.
0
Bass Pro Shops Compare prices for this product 584
13 months ago

CVA Accura LR-X 45 Caliber 30in FDE 1rd - $616.94 (Free S/H on Firearms)
$616.94
Item Number: 164380 CVA® Accura LR-X™ 30" 45Cal TB - FDE / Veil Wideland The CVA® Accura LR-X™ Muzzleloader is an upgraded version of the Accura LR (Long Range). The Accura™ LR-X muzzleloader carries over most of the features from the previous model with some serious upgrades to the stock, fit and finish, and long-range terminal performance. The .45 Caliber Accura LR-X Muzzleloader is the ultimate rifle for hunters wanting long-range performance and accuracy with increased BC bullets and muzzle velocities.
0
KyGunCo Compare prices for this product 120
18 months ago

Backorder-Uberti Reproduction Remington 1858 New Army .44 Revolving Target Carbine Black Powder - $492.99 after code "ULTIMATE20"
$492.99
Following the success of the 1858 New Army Revolvers, Remington was inspired to create the unique New Army Revolving Carbine. Using the same frame and cylinder of its "little brother," the Target Carbine featured a crescent-style brass butt plate, walnut stock, and stylish brass triggerguard with spur. Unfortunately, only a few thousand were ever produced, and even fewer survive to this day. Until now! Uberti is happy to offer this authentic, real-shooting Reproduction of the famous Carbine, made to the same high standards established during its original manufacture.
0
Sportsman's Guide Compare prices for this product 866
19 months ago

CVA PR2110SSC Wolf 50 Cal 24" 209 Primer Stainless Black Synthetic with 3-9x32mm Scope - $272.99
$272.99
CVA's Wolf features a 100 percent ambidextrous stock, CVA's QRBP (Quick-Release Breech Plug) that comes out with just a twist of the fingers. Plus, the break-action (inline) breech opens easily with just a push of the breech-ing button, which is located in the front of the trigger guard. Its compact and quick-pointing barrel is set up with a DuraSight DEAD-ON one-piece scope mount. CVA s solid aluminum PalmSaver ramrod is also standard equipment.
0
GunZoneDeals Compare prices for this product 830
19 months ago

CVA PR2110M Wolf 50 Cal 24" 209 Primer Blued Black Synthetic - $164.99
$164.99
The redesigned Wolf has all the features of the original Wolf, plus CVA's Quick Release Breech Plug, for truly tool-free removal with just a twist of the fingers. Lightweight and easy to maneuver, the Wolf has a reversible hammer spur and an ambidextrous stock finished in Realtree Hardwoods Green camo with a CrushZone recoil pad. The break action breech opens easily with just a touch of the breeching button, which is located in the front of the trigger guard.
0
GunZoneDeals Compare prices for this product 800
19 months ago

Traditions R72003540 Buckstalker 50 Cal 24" 209 Primer Blued Black Synthetic Stock - $171.99
$171.99
The Buckstalker is a value-packed muzzleloader offering a lightweight, feature packed rifle at a great price. The Buckstalker has a 24" barrel making it perfect for any situation from shots in the dense brush to long shots across draws or fields. This gun is equipped with the Accelerator Breech Plug which removes in three turns by hand and requires no tools. Additionally, the one piece stainless steel breech plug allows you to fire both loose and pelletized powder. The Speed Load System allows for easy loading and more consistent groups. This gun also comes with the Quick-T Ramrod Handle.
0
GunZoneDeals Compare prices for this product 665
21 months ago 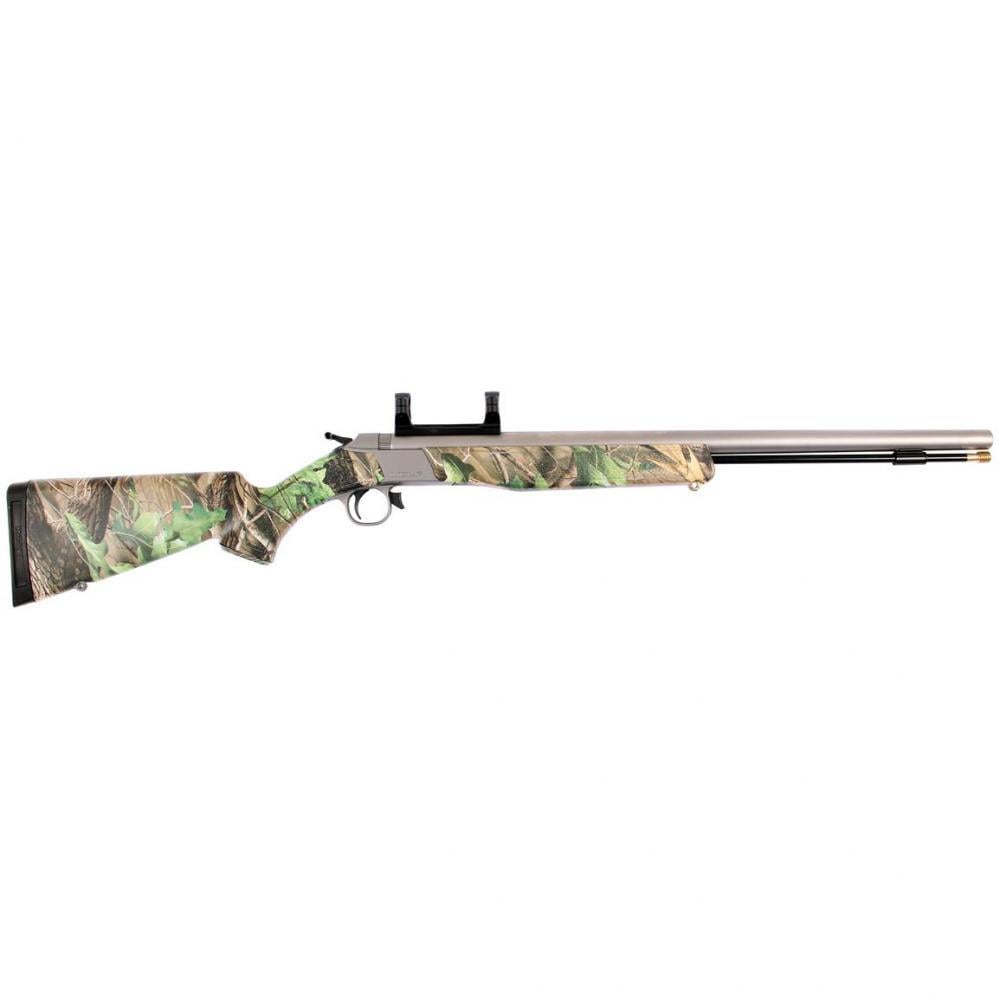 Traditions Vortek StrikerFire Muzzleloader with No Sights Nitride/Mossy Oak Treestand - $349.88 (free store pickup)
$349.88
The innovative Traditions Vortek StrikerFire Muzzleloader has taken away the external hammer, instead using an internal StrikerFire system for lighter weight, faster cocking and the ability to mount the scope closer to the bore. To cock the gun, simply push the striker button forward until it locks. Automatic decocking mechanism decocks gun when it is opened. Super-lightweight at just 6.25 lbs., the rugged and reliable LT-1 alloy frame sports a durable, weather-resistant nitride-coated finish and is mated to a 28" ultralight chromoly tapered fluted barrel.
0
Cabela's Compare prices for this product 1013
69 months ago 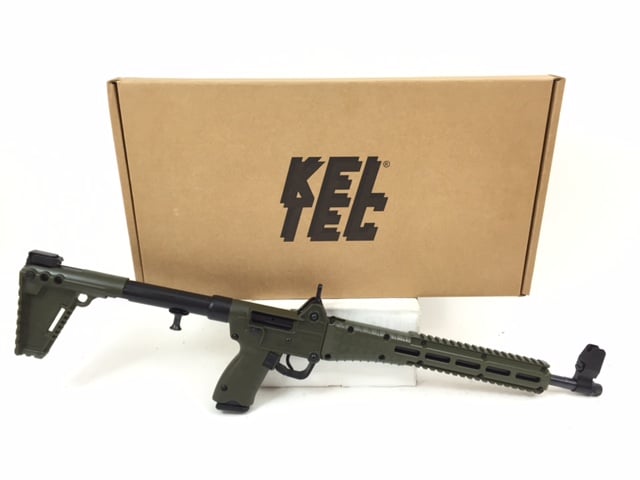 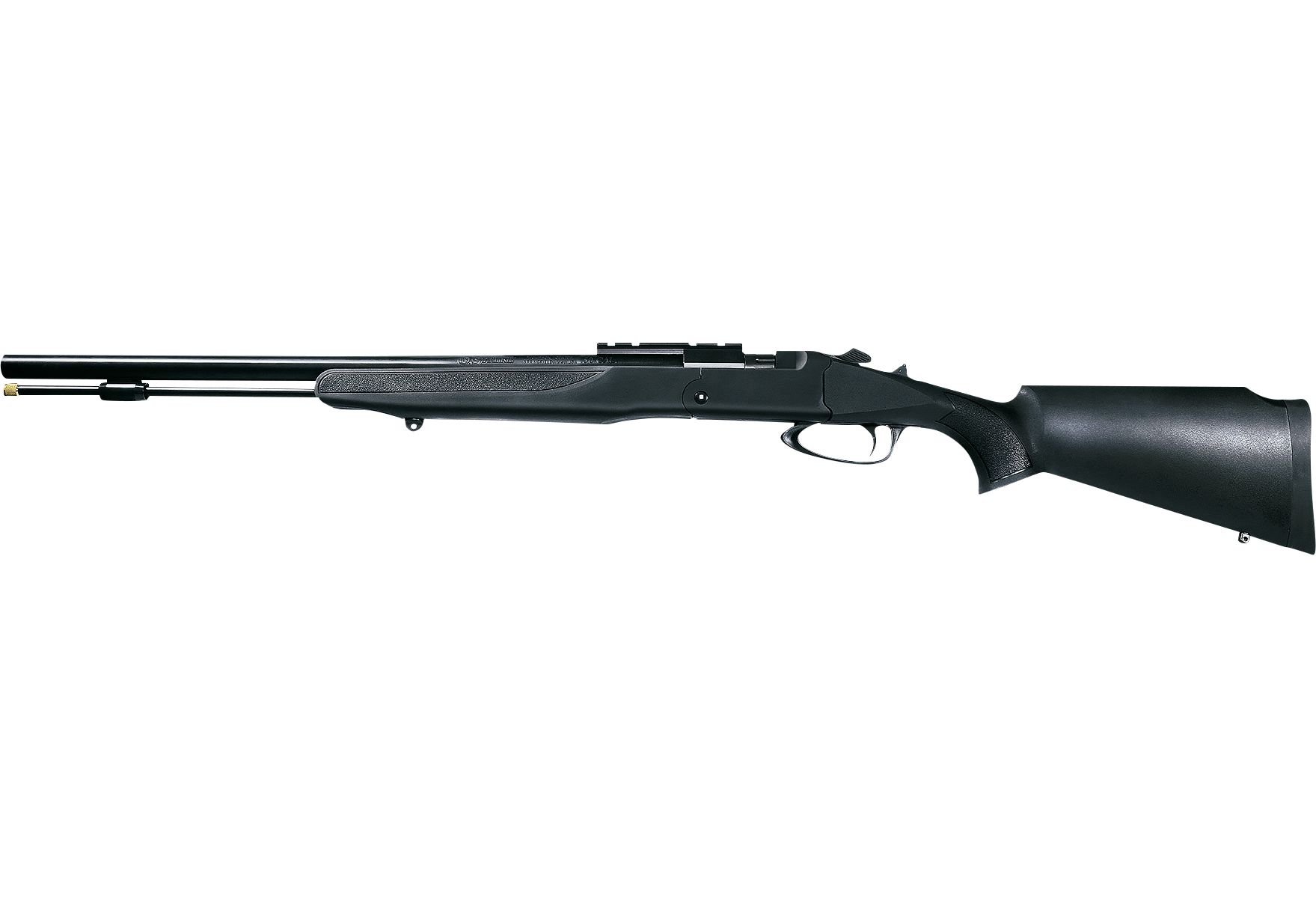 Thompson/Center Impact!SB Muzzleloader - $299.99
$299.99
The Thompson/Center® Impact!SB™ utilizes a simple-to-use, break-open action, making it a great entry-level muzzleloader for anyone who's thinking of taking advantage of the many special muzzleloading hunting seasons. The action opens easily to load 209 primers, or to access the hand-removable Speed Breech™, triple-lead-thread breech plug. The weather-resistant, composite stock features a 1' removable spacer to lengthen or shorten the length of pull. Front and rear fiber-optic sights are highly visible at dawn and dusk.
0
Cabela's Compare prices for this product 342
71 months ago 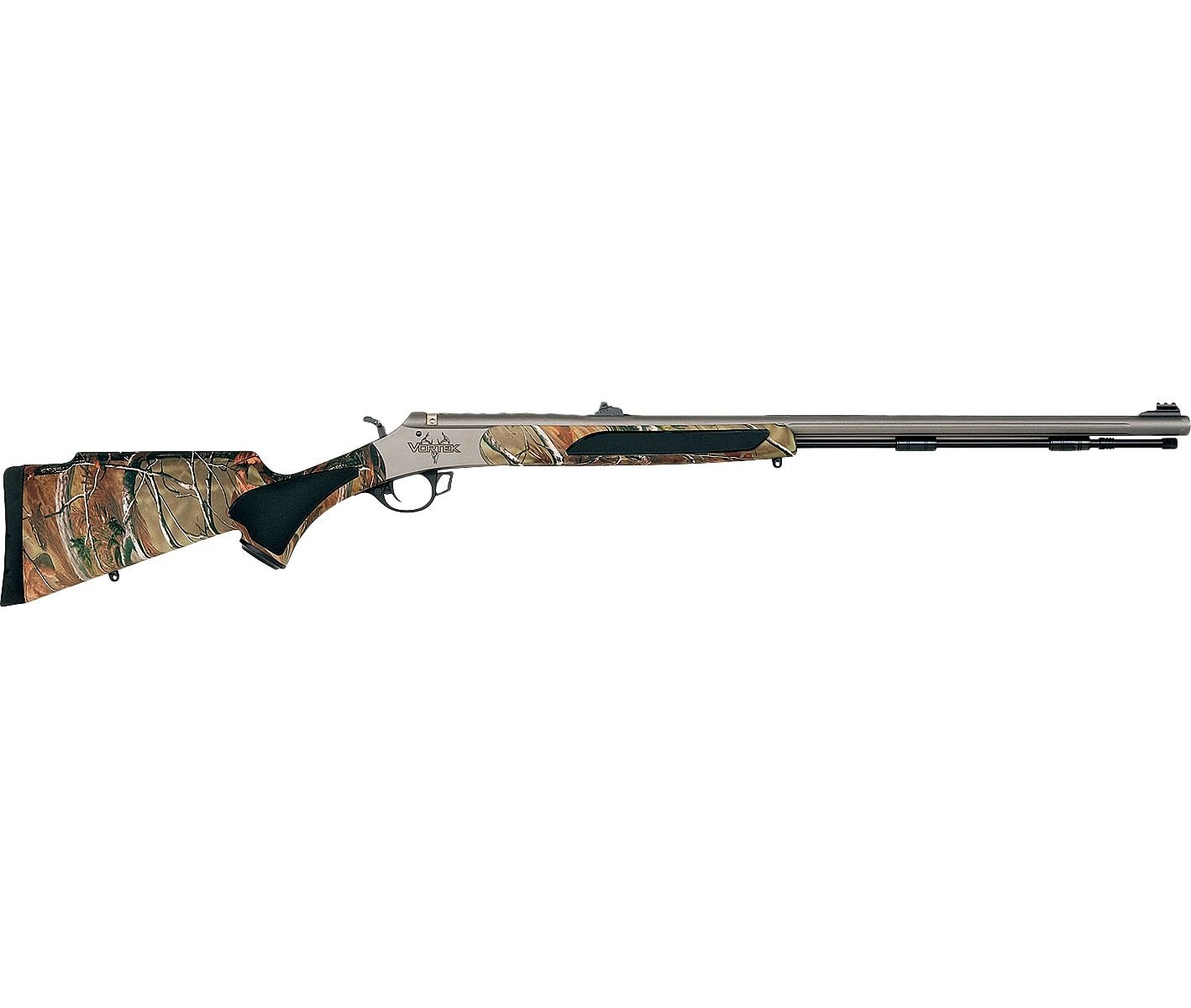 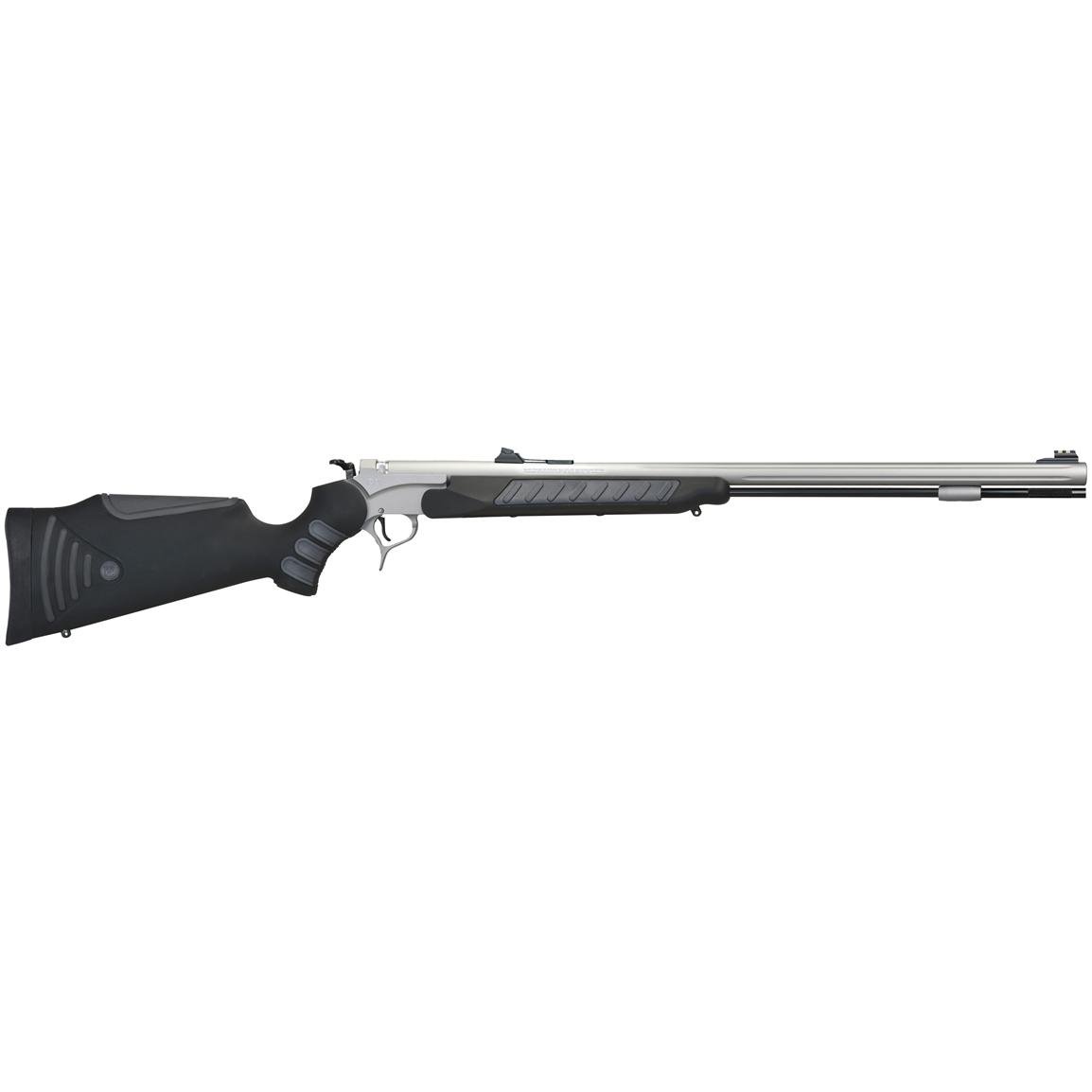 Thompson / Center Pro Hunter FX Muzzleloader, Black Stock - $557.99 + $4.99
$557.99
Thompson / CenterTM Pro HunterTM FX Muzzleloader. A serious shooting advantage. If looks alone could kill, this fixed-barrel Black Powder Rifle would drop a 10-pointer from 100 yards out. It ain't Grandad's rifle, that's for sure. And it doesn't shoot like it either. Read on to find out what sets the Pro Hunter FX Muzzleloader apart.Weather Shield®An advanced, tough-as-nails, corrosion-protection system making the barrel and other critical metal parts nearly impervious to rust.
0
Sportsman's Guide 380
79 months ago 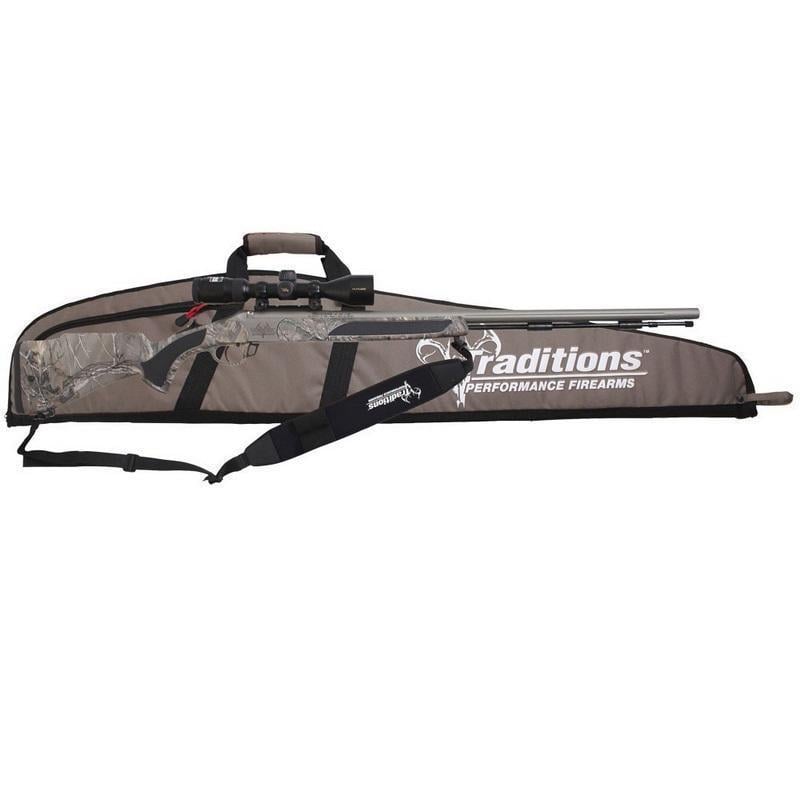 Traditions Pursuit Ambush 3 Muzzleloader - Premium CeraKote/Reaper Buck with 3-9x40 Scope and Gun Case Combo - $329.99 (Free 2-Day Shipping over $50)
$329.99
The Traditions Pursuit Ambush 3 Muzzleloader Combo packs in the features for the price. Weighing just 6.75 lbs. with a 26" chromoly barrel, you are more than equipped to drop a bruiser of a buck. Corrosion- and weather-resistant barrel and LT-1 frame are coated in Premium CeraKote finish, which is 50 times more corrosion-resistant than stainless steel. Equipped with an Accelerator Breech Plugâ ¢ that is removed with three turns by hand. Dual safety system with trigger- and hammer-block safeties makes this one of the safest muzzleloaders on the market.
0
Cabela's 950
94 months ago 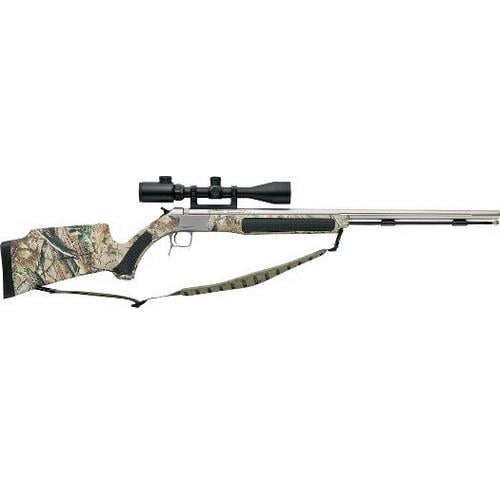 CVA Accura V2 Muzzleloader/Scope/Case Combo – Stainless/Realtree APG - $499.88 (Free 2-Day Shipping over $50)
$499.88
This evolution of CVA’s popular Accura is packed with features that deliver accuracy and performance. It sports a fluted 416-grade stainless steel Bergara barrel, recognized as one of the most accurate production muzzleloader barrels in the world. Its 27", 1-in-28"-twist barrel and Bullet Guiding Muzzle™ System deliver optimal balance, maneuverability, powder-burning efficiency and bullet stabilization. CVA’s quick-release breech plug (QRBP) is the only plug of its kind that can be removed easily with just your fingers. Stock and forend have a Soft-Touch coating and rubber grip panels.
0
Cabela's Compare prices for this product 2197
95 months ago 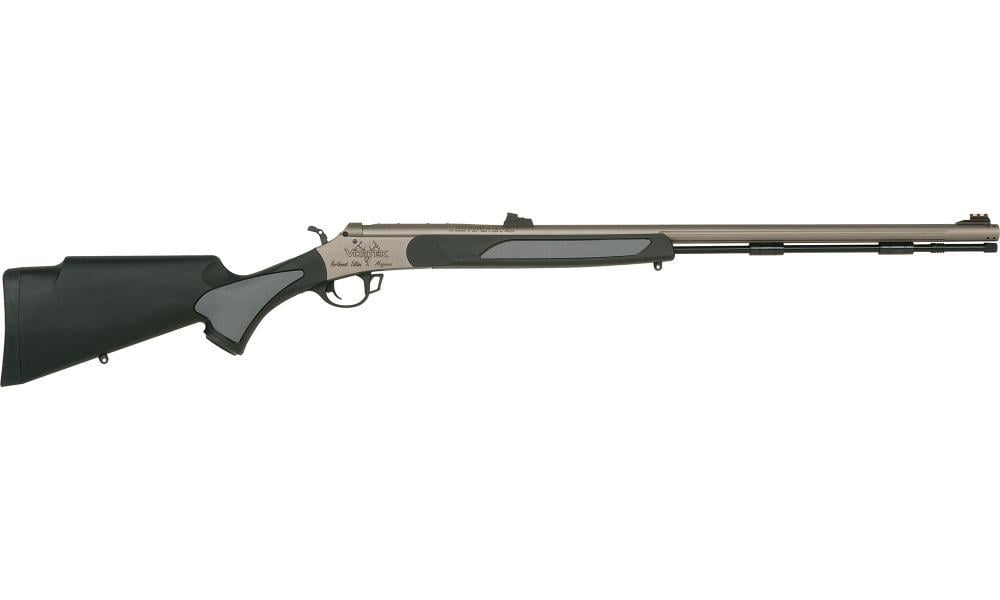 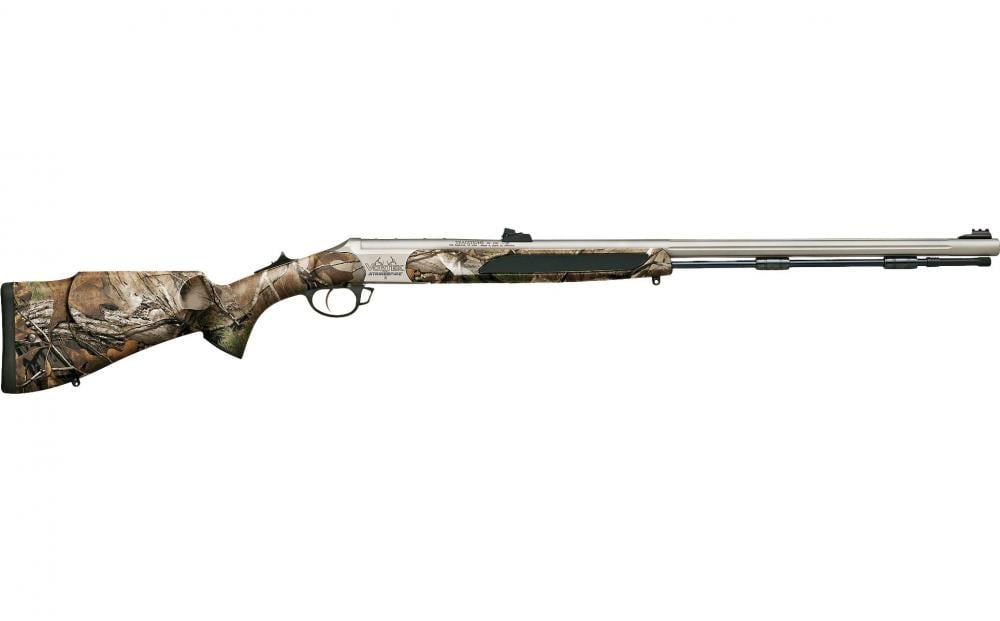 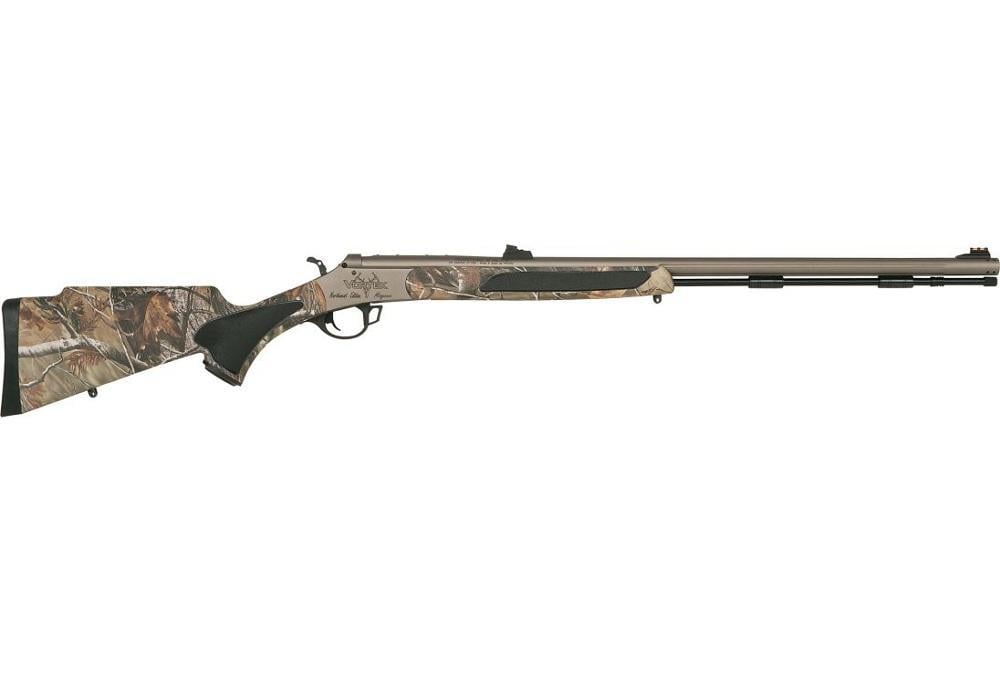 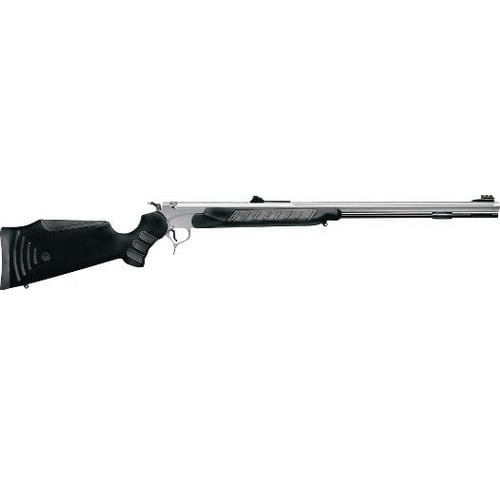 Thompson/Center Pro Hunter™ FX .50 Caliber Muzzleloader - $499.99 (Free 2-Day Shipping over $50)
$499.99
Enjoy T/C’s legendary quality and reliability at an exceptional value. The rugged, recoil-reducing FlexTech™ stock and forend will stand up to rough use in a wide range of conditions. Plus, the T/C-exclusive Weather Shield™ finish protects the 26", 1-in-28" twist, fluted barrel with Quick-Load Accurizer (QLA) from rust and corrosion. Features famous Pro Hunter break-open action. The hand-removable Speed Breech XTL triple-lead breech plug makes it quick and effortless to clean.
0
Cabela's Compare prices for this product 4335
122 months ago 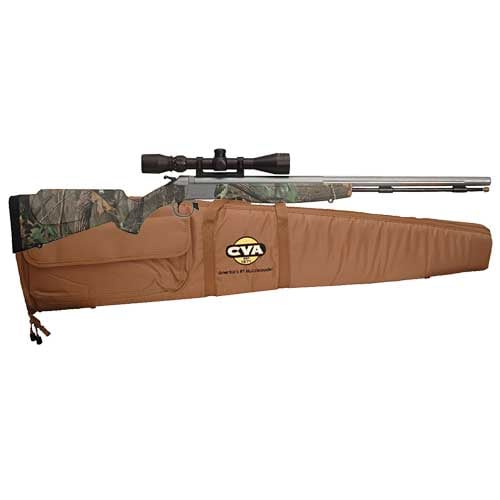 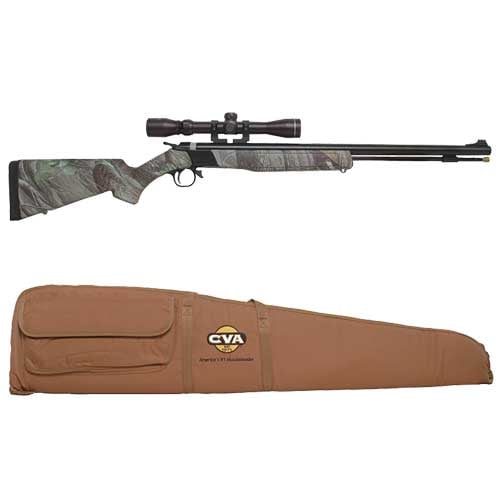 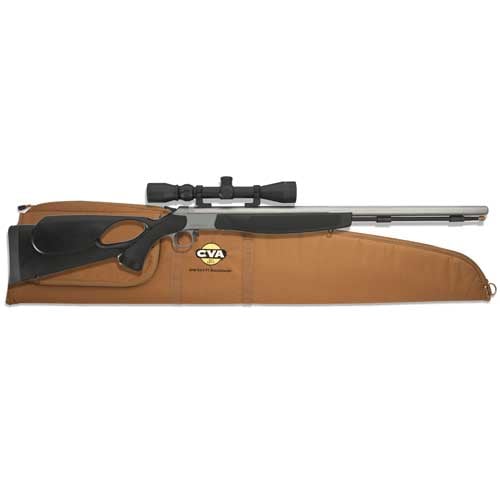 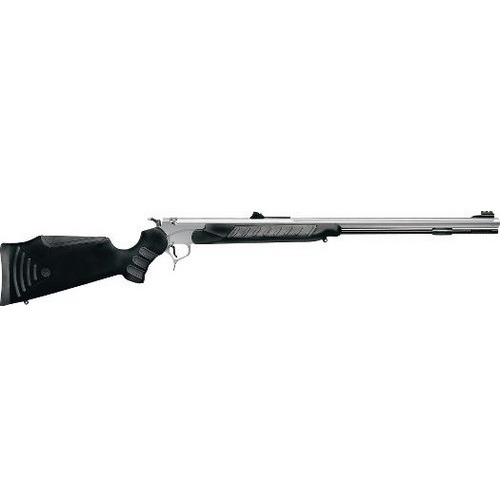 T/C Pro Hunter FX - $499.99 (Free 2-Day Shipping over $50)
$499.99
Enjoy T/C’s legendary quality and reliability at an exceptional value. The rugged, recoil-reducing FlexTech™ stock and forend will stand up to rough use in a wide range of conditions. Plus, the T/C-exclusive Weather Shield™ finish protects the 26", 1-in-28" twist, fluted barrel with Quick-Load Accurizer (QLA) from rust and corrosion. Features famous Pro Hunter break-open action. The hand-removable Speed Breech XTL triple-lead breech plug makes it quick and effortless to clean.
0
Cabela's 1435