Palmetto States Armory hosted the first and hopefully annual Gathering event. This event brought together shooters, manufacturers, media, and more for three days of guns and fun. Sadly a tornado warning killed Thursday's adventures, but that didn't stop me from thoroughly combing the place Wednesday and Friday. One of the more exciting firearms brought to the table was the Jackl. The Jackl is a PSA creation and is one of their newest proprietary firearms. It's been a crowd favorite, albeit PSA has been scant with details and updates. However, the Gathering gave shooters hands-on with the Jackl and a peep into what's next. 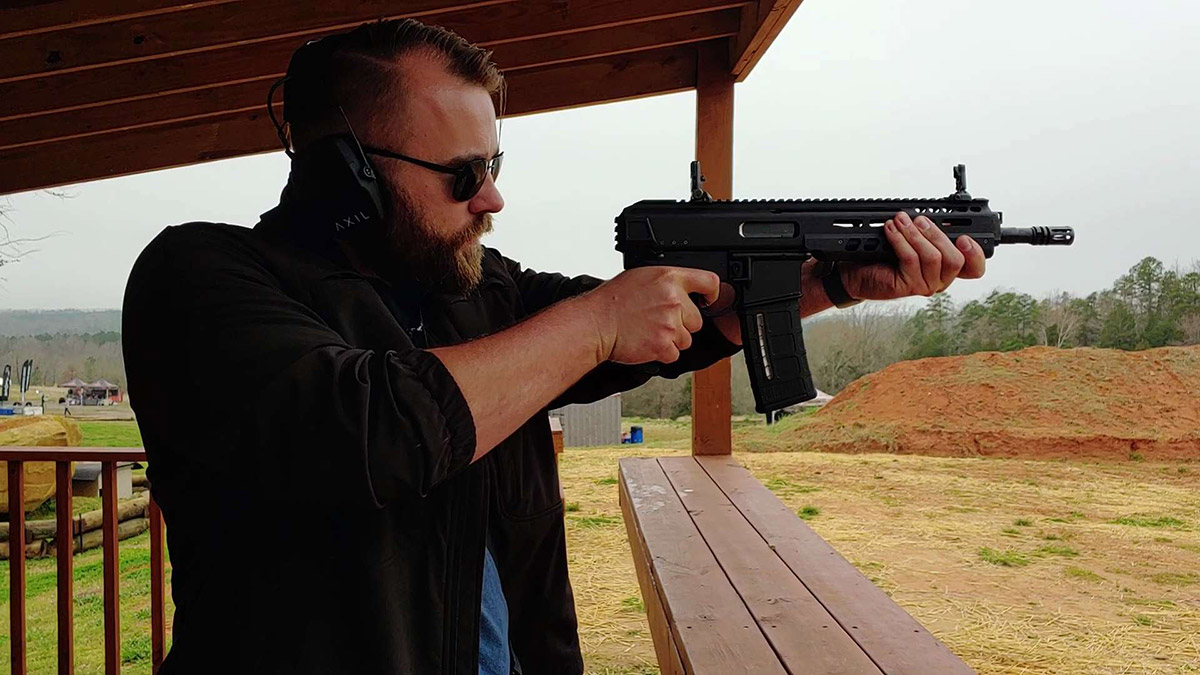 What is the Jackl

If you aren't sure what the Jackl is, let's break it down. The Jackl is a long-stroke gas piston-operated gun firearm that in many ways mixes the proven technology from the AR and AK platforms. AR wise, we get to use a standard AR 15 lower receiver with a plate that covers the slot that would normally accommodate a receiver extension.

AR controls, trigger, and magazines are all compatible with the Jackl. Since the gun uses a long-stroke gas piston system and an integral buffer, there is no need for a buffer integral to the gun. This allows the gun to use a folding stock or brace. The 1913 interface at the rear of the upper makes it easy to use either a brace or stock. Sig popularized this format, and its lead to numerous options for a wide variety of manufacturers for brace and stock options. 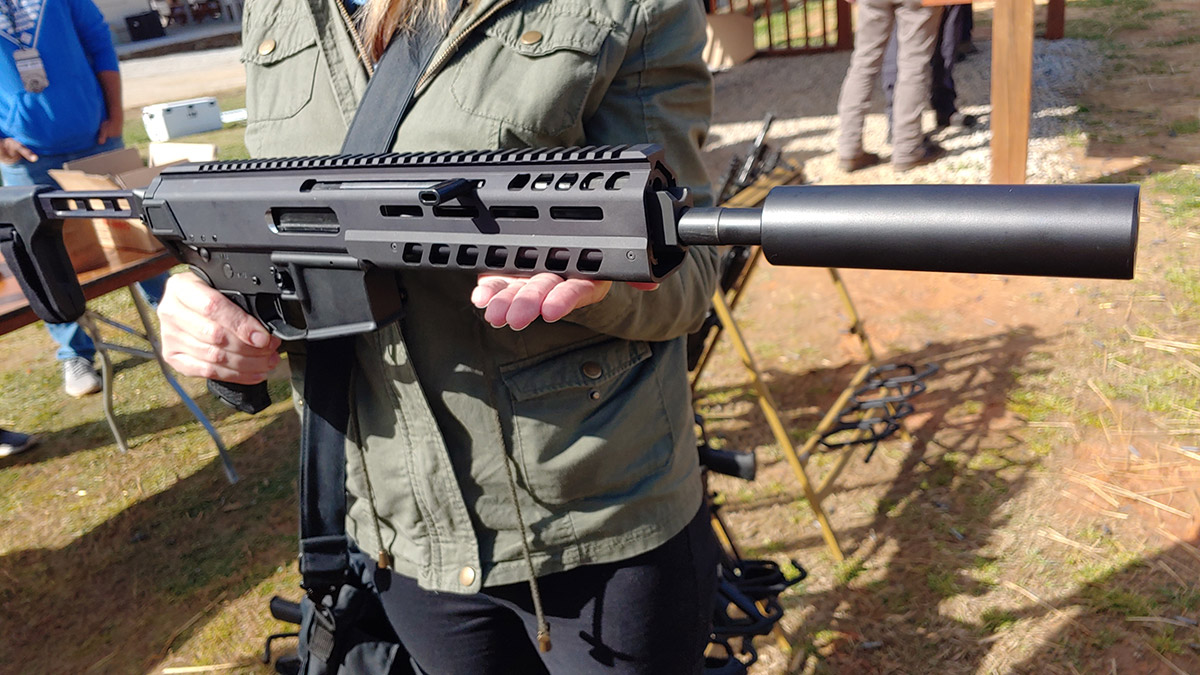 The upper is where the magic happens. The upper houses the operating system and features an M-LOK handguard, a short barrel, and a three-position adjustable gas key. Users adjust the gas system depending on their task. You have the standard setting for the days when you're running the gun as is. Suppressed for when you add a suppressor and single-shot, which when mixed with a suppressor makes an insanely quiet gun.

Long-stroke gas systems have a history of reliability. Doubly so when you start running a can or going too crazy short barrels. The system is high round count friendly and proven in platforms like the AK series.

What's New with the Jackl?

The Jackl was initially set to be launched as a 300 Blackout gun, but PSA has decided to release the Jackl with a 5.56 upper and 300 Blackout upper. The current ammo drought drove them to make this decision. 5.56 is much easier to find than 300 Blackout, albeit neither is very cheap at the moment. 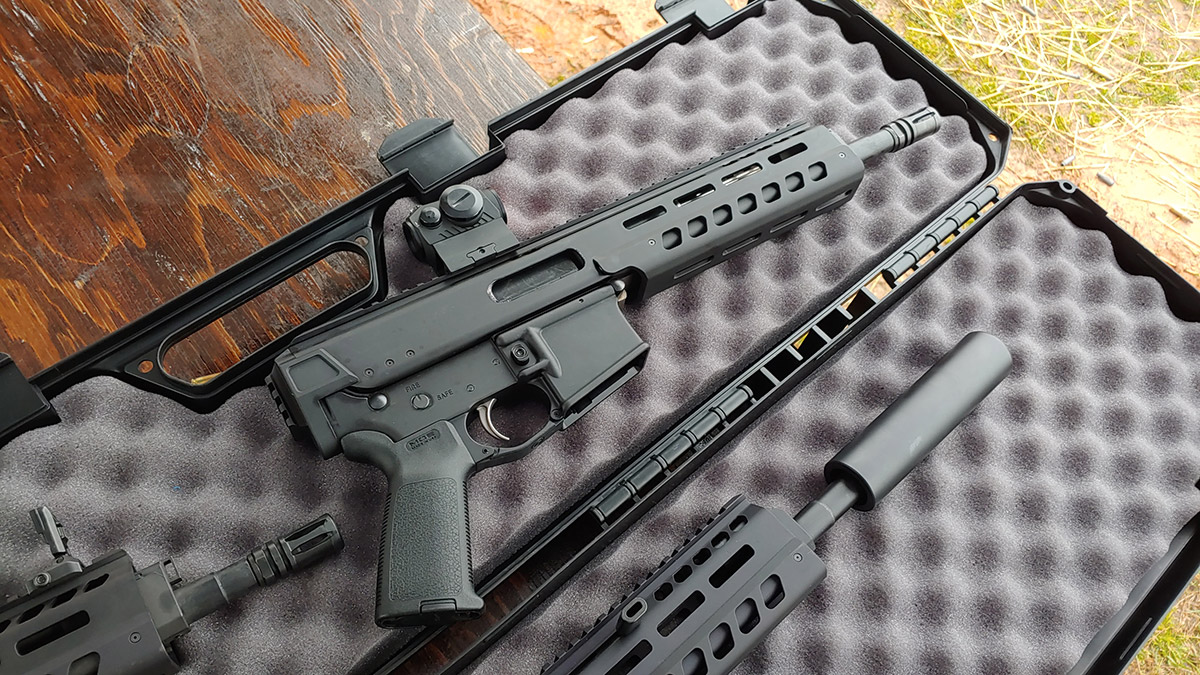 Also confirmed are various calibers, barrel lengths, and configurations. In the future, we'll see a multitude of barrel options to give shooters rifles, braced pistols, or SBRs. Caliber wise the 5.56, and 300 Blackout will be the launch options, but PSA hopes to expand into other calibers. This includes 9mm, and I wouldn't discount a 7.62x39mm version or even a 6.8 SPC or 6.5 Grendel variant.

When Will the Jackl Be Released?

This is the magic question. According to the fellas at the PSA booth, we are looking at a release as early as mid-April. No one predicted what a crazy year 2020 would be, and the mix of COVID caused shutdowns and an unprecedented demand for firearms slowed down several products. Once the Jackl is released, PSA hopes to begin rolling out numerous caliber and barrel length variants rather quickly. 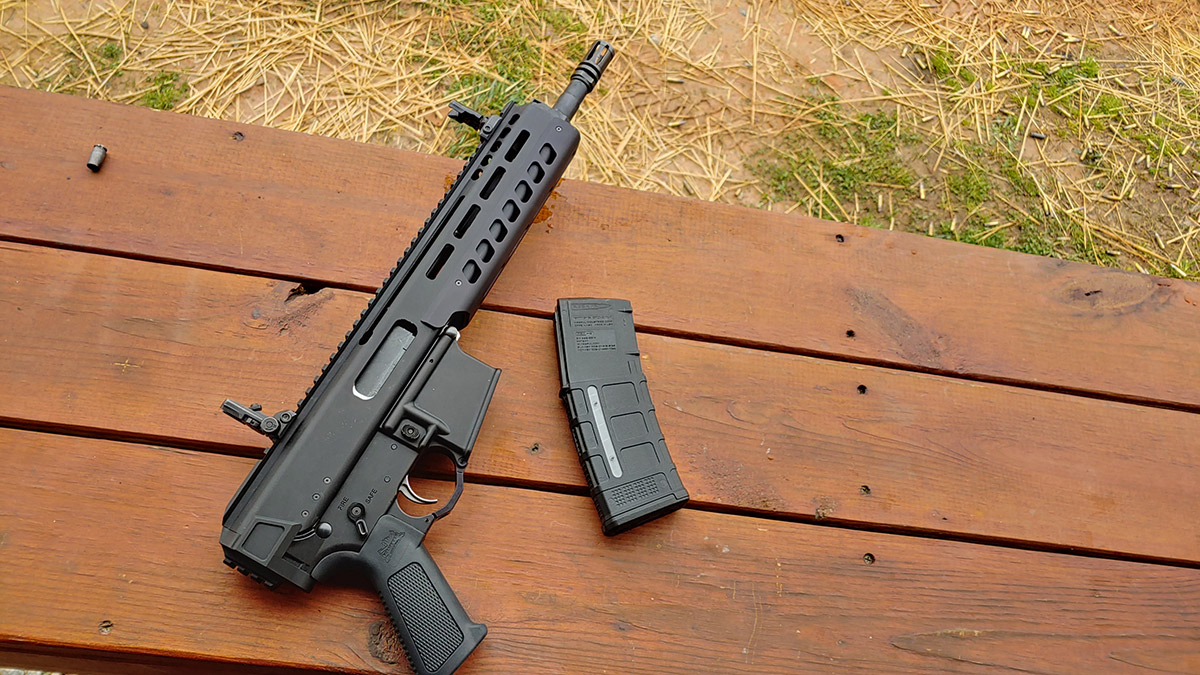 So How Does it Handle?

This is the million-dollar question. Does the Jackl work? Shoot easily? Feel good in the hand? At the Gathering, the variants on the range lacked a stock or brace and presented themselves as pistols.

My first impression was that the gun was incredibly lightweight. I thought about extending outward with one arm but decided if I wanted to hit anything, I might want to use two hands. Extending the firearm outward and using the Magpul iron sights was a little challenging, but the lightweight made it possible. 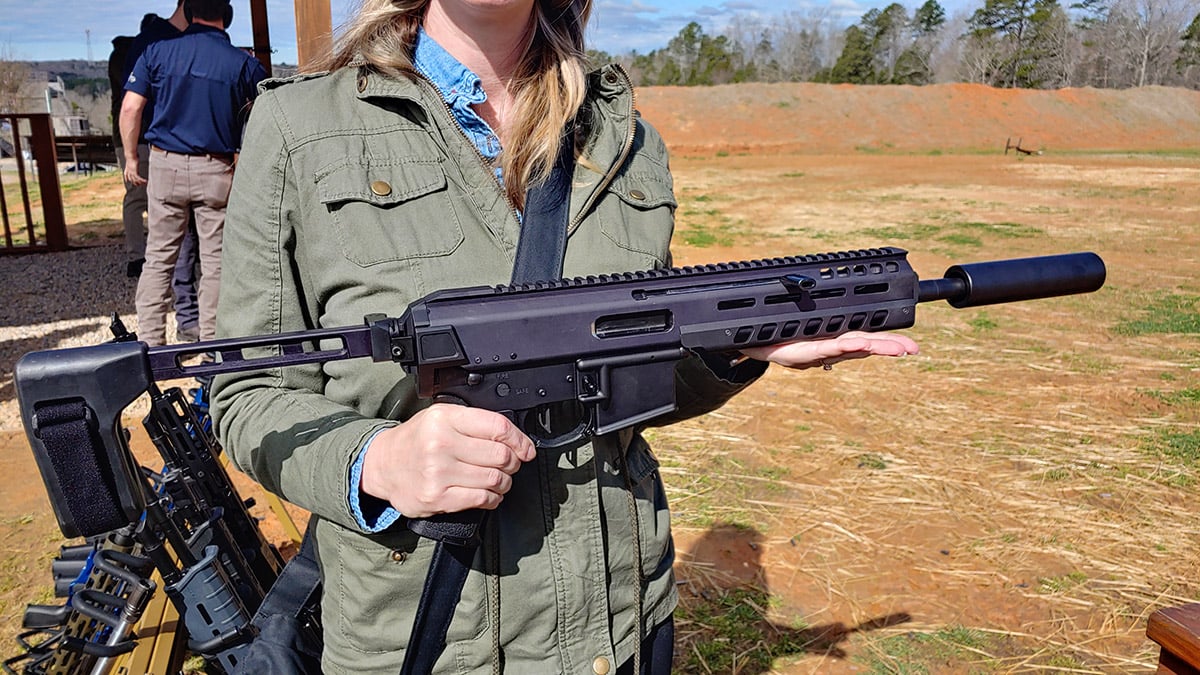 My second impression was that the recoil was superbly soft and comfortable. Even without a stock, the gun just bucked and rattled a bit. It didn't fight to escape my hands. In this short clip, you can see the gun barely moves.

A red dot would be a bit easier to aim with than the irons without a stock, but I still directed my rounds into one of the bigger targets at the range without issue.

What about reliability? Well, admittedly, I didn't put enough rounds downrange myself to test reliability, but the entirety of the Gathering sure did. I waited for what seemed like half a forever to shoot the Jackl. It was in high demand, and the PSA team did a great job keeping mags loaded for the gun. The Gathering served as part of the Jack's torture test. It lobbed round after round downrange without muss or fuss.

I saw it in action all day Wednesday and Friday, and the two guns just kept ticking. I spoke with the engineer both days, and he seemed proud of his creation. It was holding up in the hands of pros and amateurs alike.

PSA's Jackl seems well worth the popularity it's received. A bufferless, adaptable platform that blends the heart of two successful firearms makes an interesting little gun. The new 5.56 models at the Gathering's range day were completed less than 24 hours from when the event kicked off. As you can see, they lack brass deflectors, but the PSA team assured me the production guns would have brass deflectors.

If you browse the social media comments of PSA outlets, everyone is asking after the Jackl. Hopefully, we've cleared a few things up and given you folks the information you are looking for. Keep an eye out for the Jackl, and if you won't be ready for a launch date next month. Expect to move fast, or you'll be last! They aren't likely to stay on shelves for long.