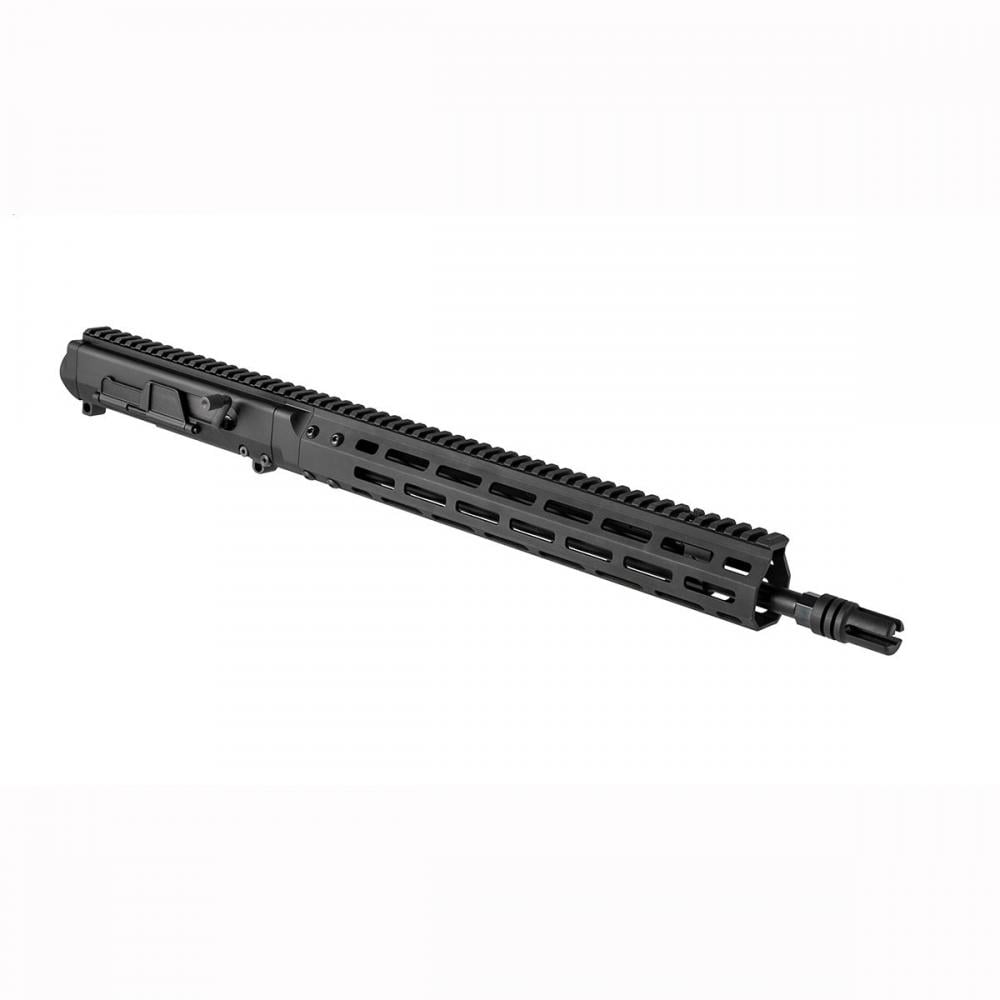 Designed in conjunction with PWS & FM Products, the Brownells BRN-180™ Complete Upper Receiver is inspired by the Armalite® AR-180 of the 1960s. Developed as a successor to the original AR-15, the AR-180 was a civilianized version of the AR-18, itself an upgrade on the M16 platform. The BRN-180™ incorporates many of the AR-18/AR-180 improvements - including its robust and reliable gas piston operating system. (Yes, the originators of the AR-15 / M16 eventually embraced a piston!)

The BRN-180™ Gen2 Upper Receiver Group improves upon the original BRN-180 with two main upgrades. First, all BRN-180™ Upper Receivers now ship with an Adjustable Gas System, previously only found on the BRN-180S™. The operating mechanism, the short stroke gas piston concept remains the same, but the user can select between two settings, depending on their conditions and ammunition, to ensure smooth and consistent function. No more spare gas piston cup to worry about. In addition to the new Adjustable Gas System, the Handguard is now retaining with a single locking screw. This large screw provides ample locking force and ensures a more consistent handguard lockup than the previous mechanism. During extended firing, and the barrel heating up, this new locking system ensures the handguard retains alignment and rigidity with the upper receiver. Also, with this new takedown mechanism, the handguard can be removed to access the gas system without removing the internal components.

Like the original, the BRN-180™ bolt carrier rides smoothly on a PAIR of guide rods. The carrier is buffered at the rear by a built-in polymer buffer with a molded-in steel plate that captures the guide rods. The Nitride bolt replicates the original AR-180 bolt design, right down to its use of a standard AR-15 extractor.

Wait - we know what you're dying to ask. Yes, the BRN-180™ upper receiver is fully compatible with any standard, mil-spec AR-15 lower receiver.

The 16" or 18.5” barrel is machined from extra-strong 4150 carbon steel, with a hard Nitride finish that really resists surface wear. The BRN-180™ is chambered in .223 Wylde - for extra flexibility in ammo choice - with 1-8" rifling, so it handles both .223 Remington and military-type 5.56mm NATO ammo with equal aplomb. Up front there's a replica of the AR-180's unusual three-prong flash hider: the hemispherical bottom prong helps prevent the muzzle blast from kicking up a dust signature when shooting prone. Standard ½-28 tpi muzzle threads let you swap on a modern AR-15 muzzle device should you be bitten by the customizing bug.

Login or register to post comments
By DFWTT, 6 months ago