This deal has expired.
expired 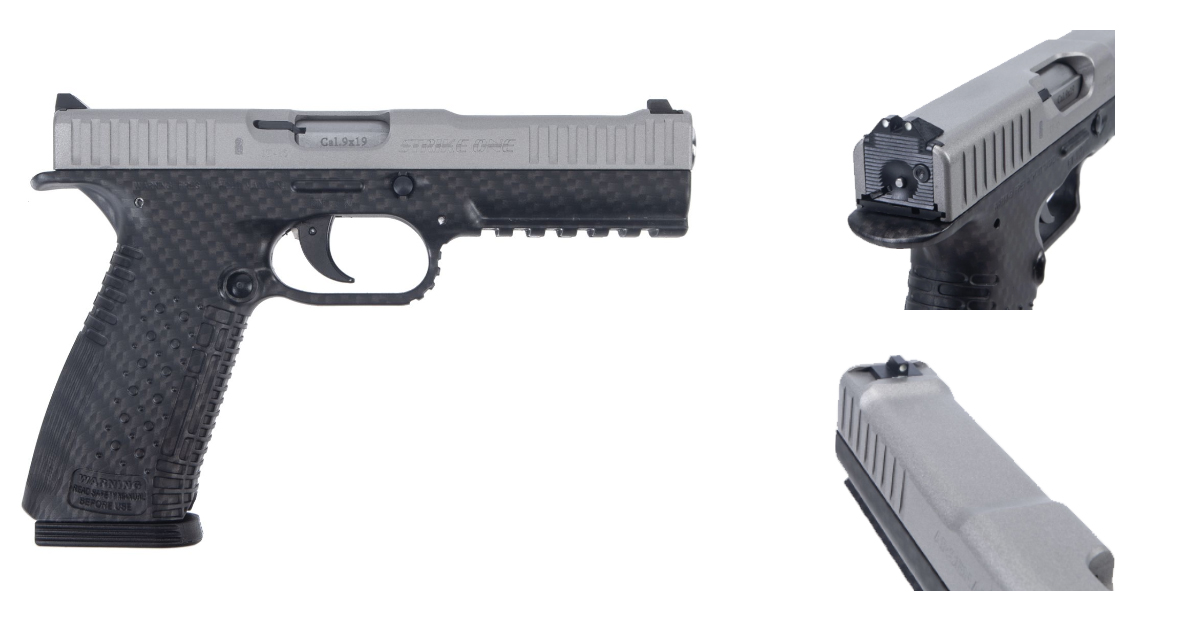 Login or register to post comments
By tabmpierce, 3 months ago

I own this gun and have used it quite a bit. I can give a honest review. It shoots really well and the low bore axis is very helpful with recoil. I like it a lot and had planned to use it as a competition but there was an issue. This gun does not like my reloaded hollow points. It had issues with a couple of my reloads. What I found was as long as i used round nose 115 grain bullets everything worked fine but if you used 124 or 147 grain bullets it was not as reliable. I still take it to the range sometimes just because it is an unusual gun and it is enjoyable to shoot. I moved on to a CZ Shadow 2 , and this gun has become an interesting gun in the safe. Is it worth the money? Yeah i think so. I can try to answer any questions.

This gun is optimized in the Salient version. But it also comes in at over $2,600. I have only held one in that version and to this day (after owning and shooting over 3 dozen different, but all similar in size, caliber and class guns) the Salient version felt like the last gun I ever wanted to own. Have never seen one in the wild since. No shooting experience, sorry guys.

However, I can speak to both ergos and shooting of the Type B. I initially handled and fired it at Shot Show 2018. Quickly it became apparent that this pistol still seemed to be in a sorta beta test phase. This was due to the reps not having a lot of knowledge about their own product, and the issues that many other speak about online that the type b had initially showing themselves in the firing line. Personally I experienced some FTFs, FTEs, and magazines dropping out for no apparent reason while attempting to fire. It made it tough to give the gun a fair assessment.

FF to SS 2019; Anchor was set up again for range day and I was ready to give the gun another go. This time they had their shit dialed.
The gun was a pleasure to shoot and zero of the problems (nor any other malfunctions) from the previous year were present. The type B is the absolute flattest shooting factory gun I’ve ever fired. I’ve owned or been behind many CZs (both polymer & steel), The Steyr M1 series (touting a low bore axis) G34s and the equivalent long slide competitive offering of S&W, Walther, Sig and Canik. I personally find the M&P 9 2.0 Compact 4” to be one of the flattest shooting guns (but maybe that’s just me) and this thing had a considerable edge on the M&P in target re-aquisition for follow up shots.

I can’t speak to what some reviewers experience in regards to the web of my hand hurting or being irritated by the angled piece of polymer above the backstrap, as it didn’t seem to affect me while shooting. The sights were great, loved the forward slide area for press checks and cool factor and the trigger was fairly decent. My only gripe about the gun was the grip texture. I’m in the camp of I want ALL the grip. And this left me feeling like it most closely resembled a Gen III Glock or M&P 1.0, just not quite as slick as say the M&P 1.0. I felt like by the end of a 15 round rapid fire my grip, despite really bearing down on the second 15 round mag string, was just a little looser than other guns in the same class.

Lastly, the Arsenal One is more close in size to a Glock 17 and the Type B a Glock 19 to respond to karyor’s comment.

up
1 vote
down
0 votes
View score
By Kenny4fingers, 3 months ago

I have owned this pistol for several years now and absolutely love it. I work on several ranges as an instructor and am constantly running it. Great trigger, ergonomics, and recoil management. Easy to take down and maintain, I have had ZERO problems with it. At $800 this is a great price IMO.

up
0 votes
down
0 votes
View score
By Md3Gunner, 4 months ago

This vs the archon type b? Which one is better shooter

thats got to be one of the lowest bore axis Ive seen on a pistol to date. That grip is way up there. Definately needs that large beavertail, I cant imagine the slide bite without it!

up
0 votes
down
0 votes
View score
By karyorhexis, 4 months ago

Never mind! My bad: I had it backward! Archon Type B is the rebranding of the Arsenal One Stryk B. Archon is the American version, Arsenal One is the European version...

up
1 vote
down
0 votes
View score
By karyorhexis, 4 months ago

Looks very similar to the Archon Type B. It even has a similar angle for ejector on the trigger mechanism housing. I heard Archon has had troubles recently and question if this is a rebranding. The Type B also has the cutaway at the front of the slide for press checking. I loved my Type B, but had issues with the firing pin breaking.

up
0 votes
down
0 votes
View score
By Bona Fide, 4 months ago

This is modification of a Russian pistol called Strizh (swift, a bird). Was developed in 2011 or 2012. The Russian military was planning on replacing their arsenal of Makarovs and PY (yarygin pistol - пистолет Ярыгина) with the strizh pistols. The pistol did not pass the military's quality control and the Russian government did not award a contract to the pistol manufacturer.

interesting info. I still would like to own one of these. I find them intriguing. My only concern is if that grip is as long as the pics make it look? It looks like you could hold that grip double stacked handed like holding a baseball bat. lol

up
1 vote
down
0 votes
View score
By powersrobert, 4 months ago

i have big hands. this looks perfect. dont know if it functions but somone with larger hands could hold this comfortably

up
0 votes
down
0 votes
View score
By Bona Fide, 4 months ago

I doubt this item can be rented at any local gun range. Youtube, however, contains many videos showing demos of this firearm as well as discussions of its reliability, ergonomics, and availability. I would check them out. Some people demoing this item have average size hands which kind of gives you an idea of its ergonomics just by watching these people and how they grip the handle.