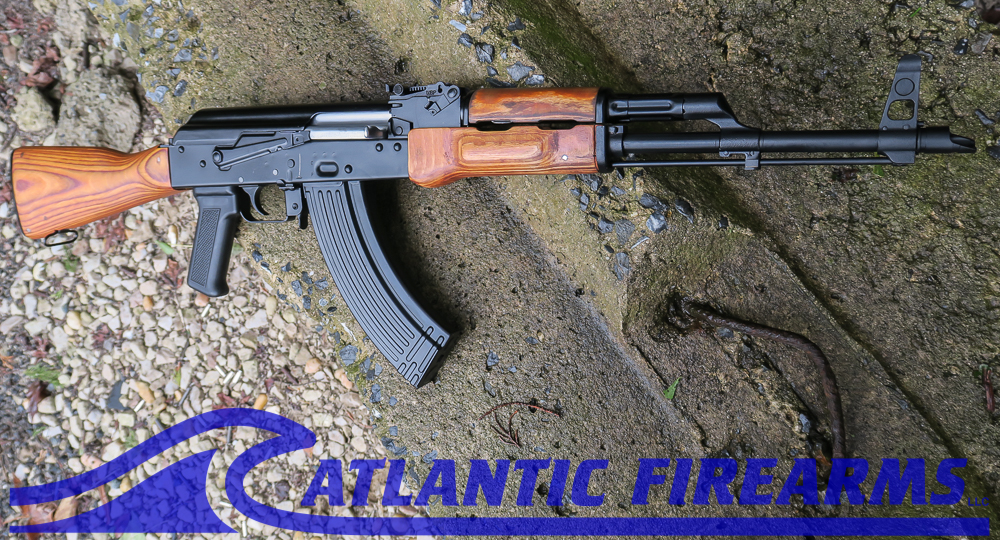 WBP FOX AK47 Rifle is a semi auto 7.62x39 AKM built in Poland by WBP Rogow. The Polish tradition for quality firearms manufacturing is expanding with the release of the WBP FOX rifle series. Blending historic Polish quality Kalashnikov build techniques with modern 21st century production has yielded a top quality rifle with collectible features that can be handed down from generation to generation. It starts with new Mil Spec parts including FB Radom Cold hammer forged chrome lined barrel, Forged barrel trunnion and Polish receiver made on original FB Radom tooling. These key quality features are the building blocks that the WBP technicians utilize to construct one of the nicest AKs available. A FOX exclusive feature is the (BMRRS) Beryl Military Rail Ready System that includes the Beryl rear trunnion and Beryl sight block with tracks allowing the drop in use of Beryl optic rail mounts with out any modifications! If you would like to uses a normal AK-47 optic mount the Fox has you covered with traditional left side rail. Other notable features are bayonet lug, fully machined bolt and carrier and desirable matching numbers on the receiver, bolt, carrier, dust cover, safety selector, and trunnion. The Fox is finished off with a basic black paint style finish and comes with a 30 round WBP double stack AK Translucent magazine. Serviced and backed up by a one year limited warranty in the United States. Please Note . Wood Color & grain pattern may vary from part to part , Upper hand guard may be darker.

Login or register to post comments
By gundeal44, 9 months ago

The AK is not a cheap platform to build. Say I told XYZ company to build me 1 million AR rifles and 1 million AK rifles. The AK (per rifle) would cost more. I'm not saying it is a better or worse rifle because that is relative to the individual shooter, but most $1000 AK rifles blow away $400 AR rifles in every category but accuracy and price. To put it in perspective, my Arsenal SAM7UF has a smoother action than my $2600 custom 1911. My Barrett Rec7 feels much rougher by comparison. The Barrett cost me $500 more than the Arsenal. Some AK manufacturers are producing really good rifles these days. Basically, price doesn't always reflect quality.

up
0 votes
down
0 votes
View score
By MyMotherShotMeOnce, 9 months ago

Do you work for Atlantic Dr know it all?