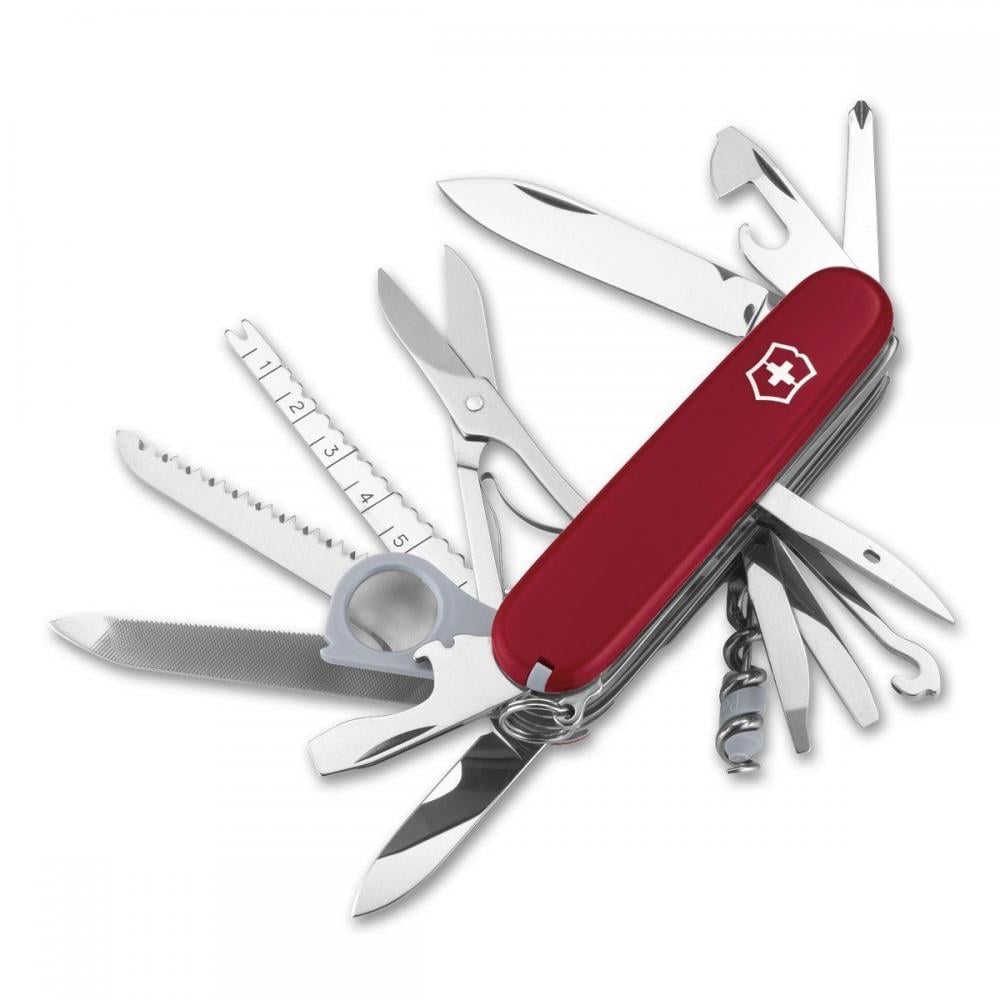 From the renowned company that created the Swiss Army Knife a century ago comes the Champion Plus, a complete set of tools for campers, hikers, hunters, fishers, picnic enthusiasts, and people all trades--all neatly contained in a single implement. Measuring just 3-1/2 inches long, the Champion Plus is stylishly cased in the famous red Swiss Army body that's recognized around the world. More importantly, the pocket knife contains 30 stainless-steel tools appropriate for just about any occasion. The standard camping tools include a large blade, a small blade, a corkscrew, a can opener, a bottle opener, a small screwdriver, a large screwdriver, a Phillips screwdriver, scissors, tweezers, and a toothpick. And that's just the beginning, as the Champion Plus also offers a punch reamer, multipurpose hook, wood saw, fish scaler, and hook disgorger. In short, there's no better accessory for camping, hunting, and fishing trips.

Should the basic tools not cut it, the Champion Plus steps up with a host of extras, including a metal file, metal saw, fine screwdriver, mini screwdriver, and chisel scraper. Add in such tools as a ruler, nail file, nail cleaner, magnifying glass, pressurized ball point pen, straight pen, sewing eye, and key ring and you're well equipped for everything from repairing holes in tents to reading the fine print on instructions.

As with all Victorinox items, the Champion Plus is made to exacting standards, with 60-plus individual parts and 450 steps going into its construction. Victorinox attends to every detail, from selecting the finest materials to performing the final inspection. In addition, each individual tool has been hardened in a different way to stand up to its designated use. Such care is unmatched, and is why the Champ series is recognized by such international experts as the New York Museum of Modern Art and the State Museum of Applied Art in Munich, both of which have selected it for their "excellence in design" collections. Outfitted with a nylon handle and an aluminum housing, the Champion Plus carries a lifetime warranty.