This deal is out of stock. Browse other Beretta products or click here to get notified when it's back in stock. 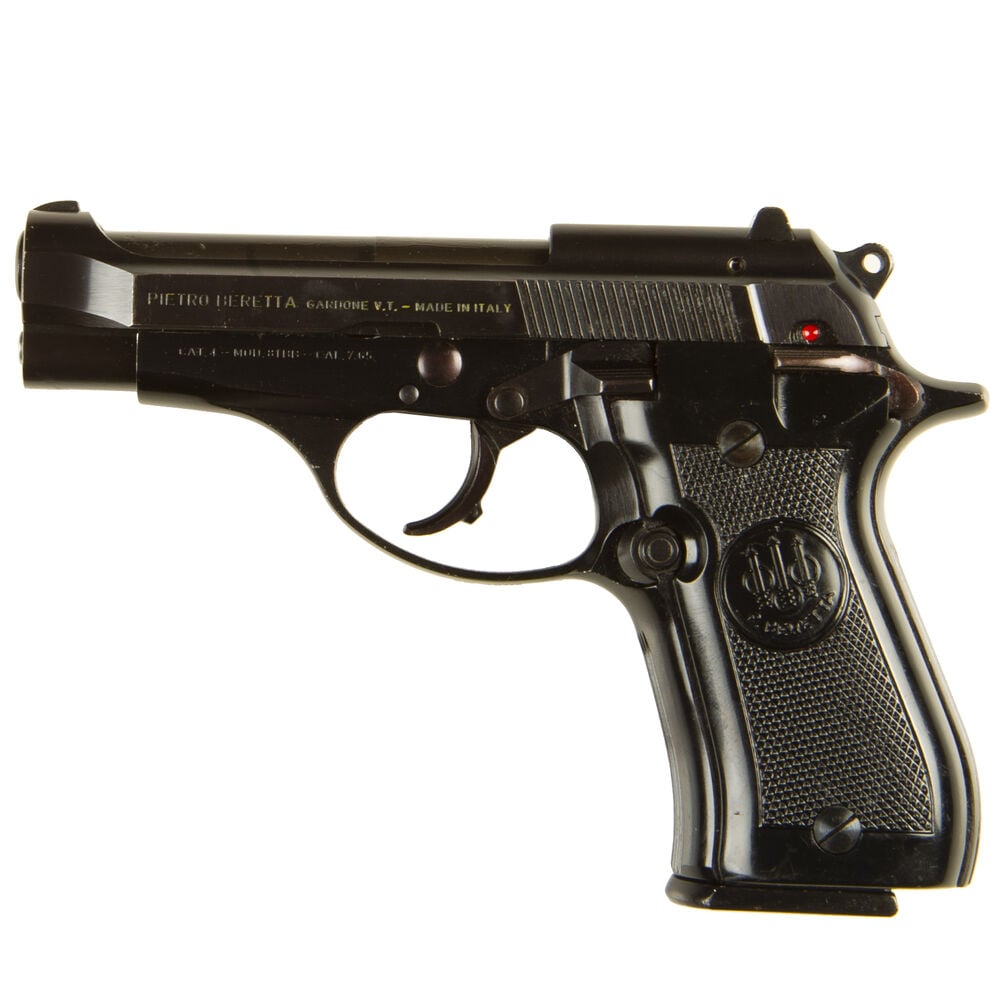 Save up to additional 10% with Good Sam Club, more info HERE - If there is a shipping fee over $99, place order, call customer support and they will waive the shipping charges. -

The 81BB is an updated model of the Beretta 81 that is still being manufactured and sold in the .32 ACP caliber. Additional features of the 81BB include more serrations on the slide, white dot and post sights, loaded chamber indicator, automated firing pin safety, and hammer half-cock position.

Login or register to post comments
By hossmonkey, 1 month ago

Please comment on condition/grade of guns received and when you ordered? Thanks!

up
0 votes
down
0 votes
View score
By Sunway, 1 month ago

Mine was in very good condition and after I called they waived the shipping fee. Bought it at Christmas last year.

up
2 votes
down
0 votes
View score
By Almostrice, 1 month ago

How did you get it waived. I just ordered and they refuse to waive the added $15 fee.

up
0 votes
down
0 votes
View score
By Sunway, 1 month ago

Its in their ad so they are obligated to honor it.

up
0 votes
down
0 votes
View score
By Almostrice, 1 month ago

I tried 2nd time. They are giving me freight is not shipping. I see on the web page the price + $15 and not budging.

up
0 votes
down
0 votes
View score
By SwissAlps, 2 months ago

I can confirm that if you call gander and say you read online they'll take the $15 shipping off that they will do that. Just placed my order. They will also ship to your local FFL if you want to do that. $246 was total, can't beat that price.

up
3 votes
down
0 votes
View score
By SpadeTrump, 1 month ago

up
2 votes
down
0 votes
View score
By mechanic, 8 months ago

Anyone found where to buy mags for it ?

robertsontradingpost.com modifies Beretta 84s to work on these model 81s. I picked up 3 for about $28 each. They fit, lock, release and accept .32 rounds fine, I just need to test fire them.

up
1 vote
down
0 votes
View score
By fgmx, 8 months ago

heard a rumor that the Beretta site had them...though I did not confirm...... Got an email other day that Beretta is having a sale at their site now as well...

up
0 votes
down
0 votes
View score
By mechanic, 8 months ago

Nah. Out of stock. And if it was it would be like 70$ with tax and shipping. Very well makes sense to buy a second gun and go to range at least carrying a double.

True that Gander Outdoors has the Berretta 81 but the Good Sam discount is NOT applicable to the Beretta 81 Sep 2019.

I ordered a M81 and a M81 BB "Standard grade" from AIM Surplus. The M81 has a little exterior finish wear on the safety and mag release button, trigger guard, but the bore is mint and strong rifling. I would have rated it at VG. The M81 BB actually had about the same finish wear BUT the rifling is almost smooth, was disappointed with that. Would rate it at G+ or VG-. Have no idea where this grade rating of "Standard" suddenly appeared in the "firearms business" with all these Berettas that were imported. I'm used to Poor, Good, VG, or EX, Mint.
Anyway as a comparison I came across the Gander offering also rated at "Standard" at the special pricing. So I ordered one, all I had to do was have my FFL email his FFL to Gander and I was good to go. So YES, they ARE required to collect sales tax by some states, yes they charged $9.95 for shipping , which was less than the $18 from AIM. My FFL's transfer fee was $15!
The pistol arrived and I was pleasantly surprised by condition, not mint BUT EX to EX+. The bore is mint with strong rifling. I'd certainly buy again IF I needed a 4th M81 Series. LOL ( I've also got the M84 in 380 acp, but had to put Pachmayr grips on it to make it more comfortable to shoot). I kind of "assumed" Gander would be selling something they would display in one of their stores was the reasoning behind my comparison test and in my case it worked out very well. I like the white sights on the M 81 BB so will probably sell the M81. They ARE very nice shooting pistols. Plus you can get original manuals from the Beretta website for one cent plus postage!

up
0 votes
down
0 votes
View score
By FoothillsDL, 10 months ago

Mine was in great condition. No rust. Minor bluing wear. Rails showed barely any wear at all.

Mine was in great condition. No rust. Minor bluing wear. Rails showed barely any wear at all.

up
0 votes
down
0 votes
View score
By pigman, 10 months ago

No rust, some blue wear on the steel slide, but no rust. Get yourself one, you will enjoy it.

up
0 votes
down
0 votes
View score
By No sale, 10 months ago

Robertson trading post, was the only place I could find these elusive mags (Beretta 81 32acp) not cheap but they had them

up
1 vote
down
0 votes
View score
By electricboogaloo, 10 months ago

Those are.380 magazines modified to fit .32, NOT original Beretta .32s

up
0 votes
down
0 votes
View score
By mechanic, 10 months ago

Two weeks ago, you can just buy one for 40$ from official beretta store but it slept out of my mind and next time I checked they were sold out. Gun is worth to have a spare mag. I would buy two new and sell original one as it was a bit in rust.

What cool about this BB model that putting gun on safe also lower the hammer. In regular 81 model, you need to slow drop the hammer by finger and it is so easy to to just drop it and shot. So this BB model has a big safety advantage comparing what most people got from the first batch.

F versions have the decocker. BB models are mostly cosmetic changes from the 81 and 81B.

F versions have the decocker. BB models are mostly cosmetic changes from the 81 and 81B.

up
0 votes
down
0 votes
View score
By mechanic, 10 months ago

Keep in mind all spare mags are sold out at Beretta... you would need to wait for a year to get one... but Gun is great. Not so accurate as Makarov but looks more fancy

They say free shipping but then add $10 for "second day". Then tax. Then I couldn't pick the dealer I use. Emptied cart.

up
2 votes
down
0 votes
View score
By Sunway, 10 months ago

I ordered one and if you call customer service they will waive the additional $10 shipping. Fortunately I live close to a Gander store so no transfer fee. These are easy to shoot and very low recoil.

Yeah 32 is kinda wimpy lol. But it's a Beretta and fits in any collection.