This deal has expired. Browse other Tru-Spec products or click here to get notified when it's back in stock. 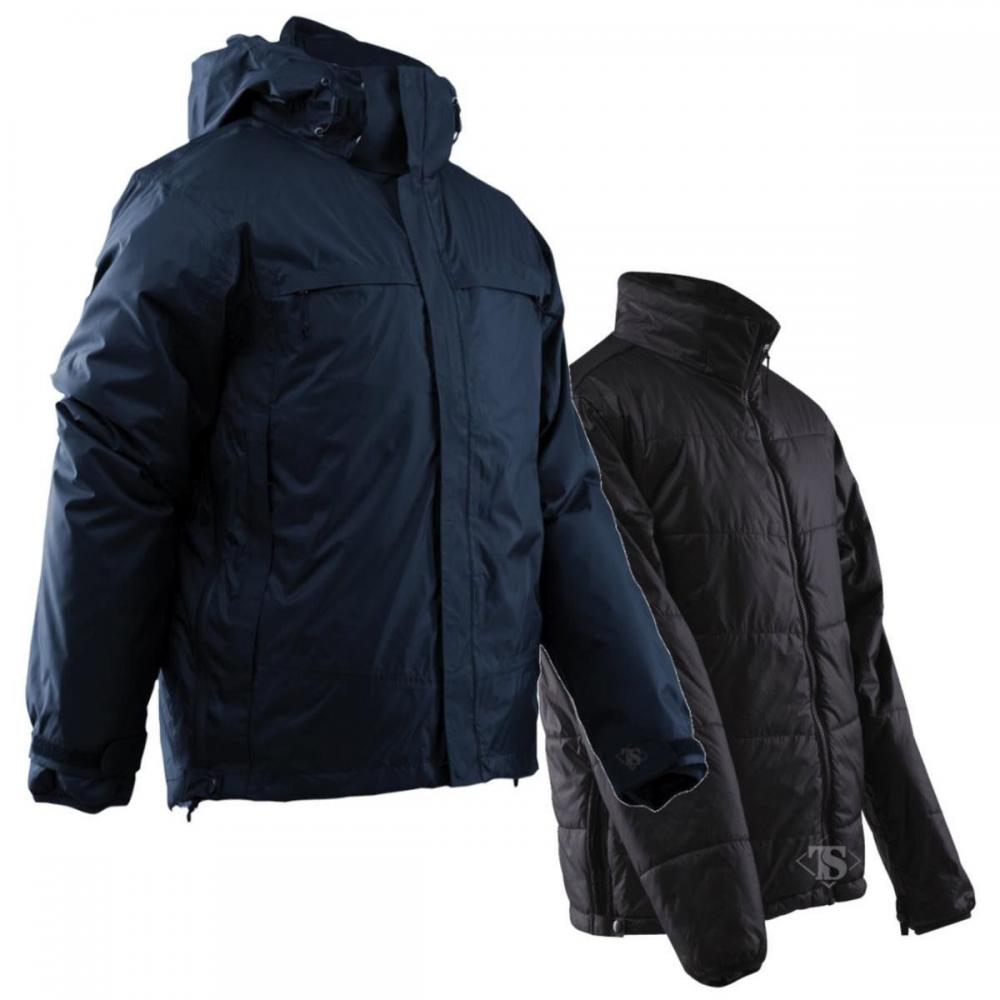 In inclement weather the number one priority is staying warm and dry. These 2-layer waterproof, windproof, breathable parkas are better than ever. The secret to our new jackets are the high quality, environmentally safe Bemis seam tapes. Seam tape is the critical link in the chain of waterproof protection and Bemis is the recognized worldwide technology leader in providing thermoplastic films for a myriad of industrial applications.;
Features
- Zipper front closure with stand-up zip through collar
- Detachable roll-able and stow-able hood with wraparound chin guard, flexible wire brim, and hood volume adjustment
- Cape opening on back with zipper closure and a detachable ID panel
- Two large chest level stowage pockets with zipper closures and pull-out ID panels
- Two lower hand pockets with zipper closures and access to waist drawstring
- Back pocket at waist height
- Longer waist for added protection
- Side zippers on both the jacket and liner for ventilation and access to duty belt
- Bemis taped seams
Imported
Sizes: XSmall - 5XLarge Regular

Login or register to post comments
By wbuhrman, 1 month ago

Try and find their shipping charge schedule on their web site. Can't be found. Unless they change their policy, I'm done with them.

up
0 votes
down
0 votes
View score
By trexmptx, 3 months ago

Steer clear of Botach Tactical, they recently started a sales tax collection scheme on all items shipped to states that do not require Botach of Las Vegas NV to collect and remit sales tax, and abandoned their “free shipping on all items” that was Botach’s biggest selling point since they launched as an online bargain site years ago. Bargains at Botach have diminished significantly over the last few years, but shipping charges and sales tax means there are no real bargains at Botach.

up
0 votes
down
1 vote
View score
By MillennialGunslinger, 2 months ago

That's way too generalized a statement, and the part about sales tax is just plain uneducated. I'm 100% with you that it isn't the no-brainer it used to be with free shipping, but whether it's a deal or not kinda depends on what the going price everywhere else is.

As far as sales tax, that's a state-by-state issue. They gain nothing by making buyers pay sales tax. They just remit it, not keep it, and it it's just another hassle for them - but it's the States that mandate that. The same thing has happened with Ebay where sales tax is automatically collected and remitted regardless of where the seller's sales tax nexus is or isn't.

Anyway, it's just way too general a statement to give any weight. And I say that despite agreeing with you that the deals aren't that great anymore due to the no free shipping.