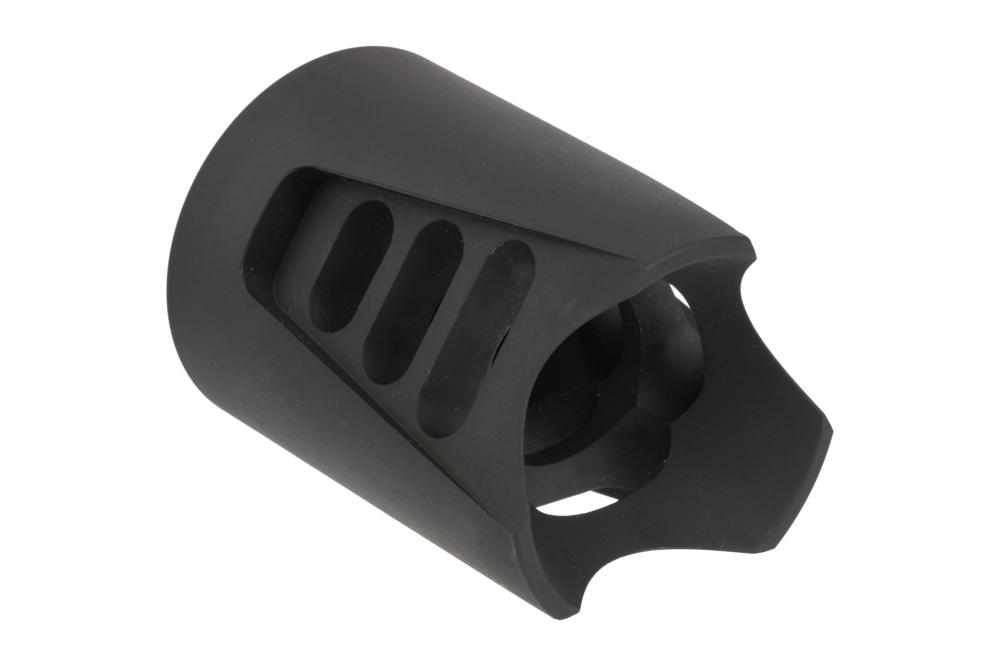 The Strike Industries FAT Comp is an effective compensator designed from the ground up to integrate seamlessly with the Strike Industries Cobra dummy suppressor. Optimized for .223 and 5.56 caliber weapons, the 03 model features a multi port design to keep your muzzle flat. The 1.5" diameter even fits nearly under most free-float handguards.

Strike Industries products are designed by shooting experts for the shooting sportsman. They have anything from AR-15 parts and accessories to Glock components so you can completely customize your set up no matter what you run. Their complete line of innovative products come in a huge variety of colors and finishes so you can not only customize function, but personalize your look. You can’t go wrong with Strike Industries.

NOTE: Limit 5 per household. Quantities exceeding 5 will not allow checkout.

Compare prices for SI-FC-03 - Strike Industries SI-Fat Comp 03 Designed To Integrate Seamlessly With The SI-Cobra Dummy Suppressor, Black, 2in, SI-FC-03 700371178994 from all vendors

Login or register to post comments
By Bioforce, 9 months ago

Had one of these on my 7.5 inch AR-15 for a while. I don't know if $35 is necessarily a "deal" or not since I think that's roughly normal pricing for them, but I can say it worked well and it looks awesome if your barrel is slightly recessed into the handguard. It fills in the space and doesn't look quite as silly as thinner muzzle devices do poking out of your handguard.