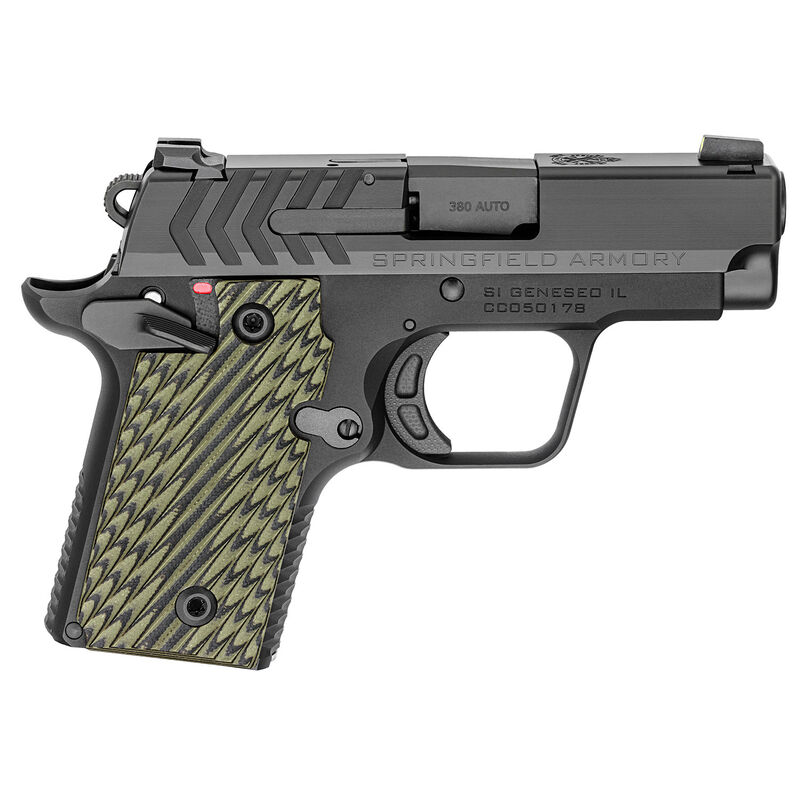 With its new .380 ACP pistol, Springfield Armory's 911 is well-suited for comfort, size, and convenience - making it the perfect pistol for your everyday carry.

With a handling system unique to compact pistols, the 911 optimizes the frame-to-slide-to-trigger guard relationship. Many compact pistols are hard to handle and unpleasant to shoot. However, all that changes with the 911. The 911 shoots and feels like a full-size pistol which allows for both practice and daily carry in the most concealable Springfield Armory firearm. It's a small frame shooting with the familiarity of a 1911.

About Springfield Armory
In 1777, just after the start of the American Revolution George Washington established the United States' first armory in Springfield, Massachusetts. The Springfield Armory during the Revolutionary War was used as a site to secure ammunition and gun carriages vital to the struggle for independence. After the Revolutionary War, the Springfield Armory began manufacturing muskets for the new nation and quickly became a center for weapons development in the United States for nearly two centuries, producing some of the nation's most prolific firearms including the M1911 pistol, M1 Garand rifle, and the M14 rifle.

After the Springfield Armory was closed in 1968 by the federal government, the Reese family of Geneseo, Illinois licensed the name and insignia of Springfield Armory. Since then the company has dedicated itself to protecting the legacy of the Springfield Armory by continuing to develop high quality firearms and reproducing some of the Armory's most famous firearms like the 1911 pistol and their semi-automatic version of the M14, the M1A rifle. Springfield Armory has won multiple American Rifleman's Golden Bullseye Awards and has become one of the largest firearm manufactures in the world.

Login or register to post comments
By yensysl1, 1 month ago

Says 461.00 on their site now... would they have to honor the price shown here? (new to thissite so i have no idea thanks in advance)

up
0 votes
down
0 votes
View score
By DFWTT, 2 months ago

Picked this one up today from SMGA, listed on the pricing page. $369 no shipping and no TX tax. Good deal.