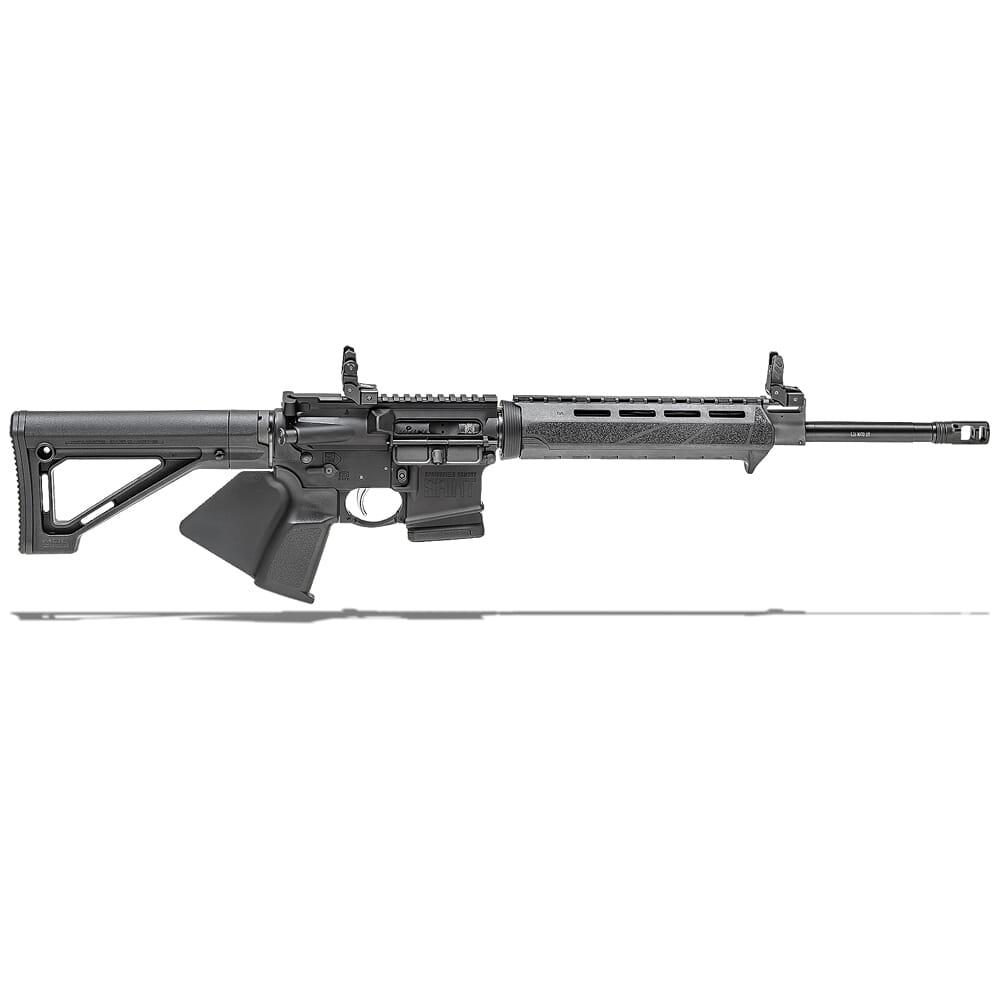 At the heart of these SAINT rifles is an M16 bolt carrier group, with a Carpenter 158 steel bolt that has been shot-peened and magnetic particle tested to meet the most demanding durability requirements. The 16-inch barrel is made of Chrome Moly Vanadium and Melonite® coated inside and out for longevity and corrosion resistance. A 1:8-inch twist rate barrel is capable of stabilizing a broad range of ammunition types and projectile lengths. The rifles are a lightweight 6.11 ounces, capable of quick and easy handling under strenuous conditions.

Login or register to post comments
By WaterGunz870, 5 days ago

So, I personally think this is a good option for those in CA. Pretty inventive for Springfield on parts, too.

People can think what they want about this, but CA residents should be able to access the AR platform the same as freedom-loving states. I don’t disagree that these ridiculous options shouldn’t even be necessary. But they unfortunately are, and likely not due to the 2nd amendment loving citizens of California.

Ever notice how they're not parading around about how they've stopped a murder because of their "superior" laws. Idiots.

Agreed. Their “common sense gun control” is anything but. It would only BE “common sense” if the sense was indeed common. But it’s not. I agree with you that it’s stupid. I agree that the communist/socialist movement to restrict an individual’s freedom and rights because of “feelings” is absolutely absurd. This is why I don’t live in California, Massachusetts, New York, New Jersey, or either of the Washingtons. I vote with my tax dollars, which aren’t really doing me much good up here in Michigan (don’t get me started...). I’d personally love to move to Missouri, Kentucky, Montana, Alaska, the Dakotas, Iowa, Idaho - anywhere BUT a state where freedoms are trampled. But I can’t. I have family ties and obligations here in Michigan. I presume there are others in Commiefornia who don’t agree with their fellow progressives, but they are stuck in CA until those ties are cut.

This is a good solution for those people.

I hope that clears up what I meant.

I totally got what you meant.

Go ahead and add IL to that no list, moved right out of college. They're not as regressive on the ar platform, but their laws are anything but lax, and if there is a significant "assault weapon" shooting I have no doubt they'll flip in a heartbeat. I really hope that with all the bs that's going on with MI that nothing changes for you. Seems like things have been going the bluer side of purple recently. Over here in IN they don't even bother with a background check if you can show a valid CC license. I'd take an alien invasion before you us go blue. It's unfortunate that some constitutional freedoms aren't treated equal. The same buffoons that try hinder gun ownership any way they can are the same ones throwing a tantrum on the ground when you suggest ID's to vote.

What ever happens, good luck out there.