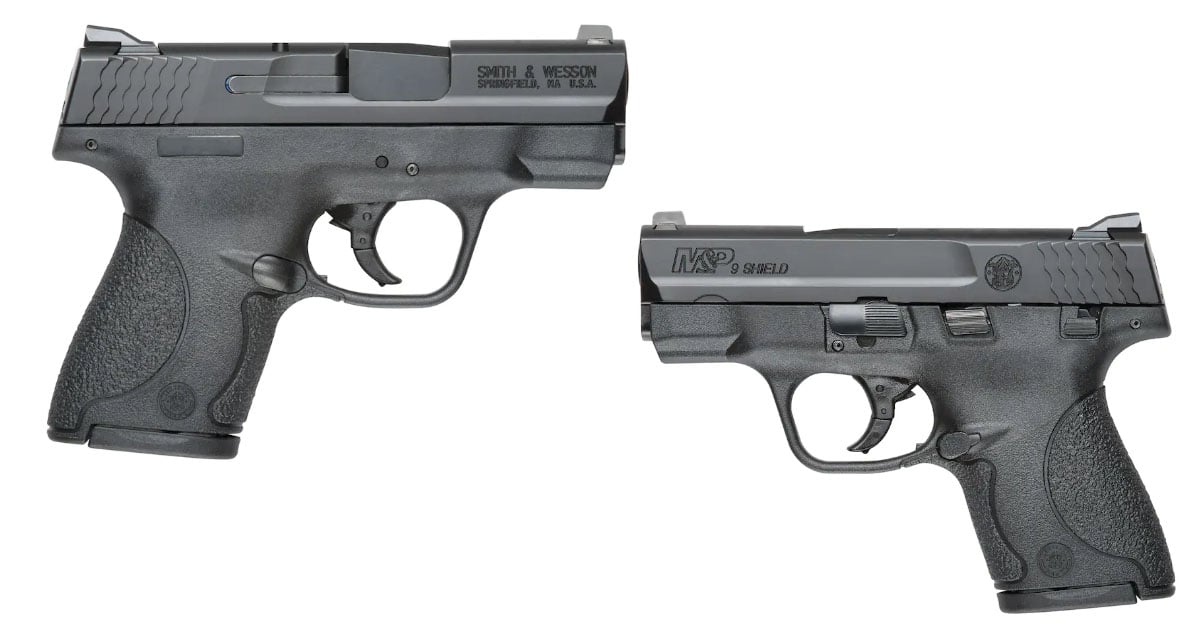 Smith & Wesson®'s popular M&P Shield Semi-Auto Pistol operates with a striker-fired action, eliminating any external hammer to catch on clothing when this handgun is carried concealed. The thin 1" profile aids with concealment. The operation is based on a polymer frame and coated stainless steel action. Other features of the S&W M&P Shield pistol are white dot rear and front sights, 2-piece trigger, textured grip, extended magazine that increases grip surface, and rounded features to make the handgun more concealed carry oriented.

With the introduction of their M2.0 line of polymer framed, striker fired pistols, Smith & Wesson addressed the one big complaint that gun buyers had about the M&P line: the trigger. As we’ve mentioned in previous reviews of both the full-size and compact double-stack versions of the new M&P9 M2.0, the attention Smith paid to improving what was generally considered a mediocre-at-best bangswitch has really paid off. For those looking for slim, single-stack concealability in their everyday carry gun, the ultra-popular M&P9 SHIELD was just the ticket when it was first rolled out back in 2012.

Login or register to post comments
By nmcarbine, 1 week ago

The bug out bundle with this pistol included is a better deal. They have been selling for under $500 and I just picked up two for $404 each. The bundle included THREE more 8-rd mags, bugout bag, first aid kit, and genuine S&W face mask...no bad.

Bought one of these about 3 years ago, the last time PSA sold them for $200 after rebate. Most ergonomic pistol I’ve ever shot. Great EDC.

up
0 votes
down
0 votes
View score
By nmcarbine, 2 weeks ago

Was able to use $137 in points earned on previous purchased. After tax it was $263, just about what the "old" price was.

If you can't go to a bass pro shop, Academy will price match it.