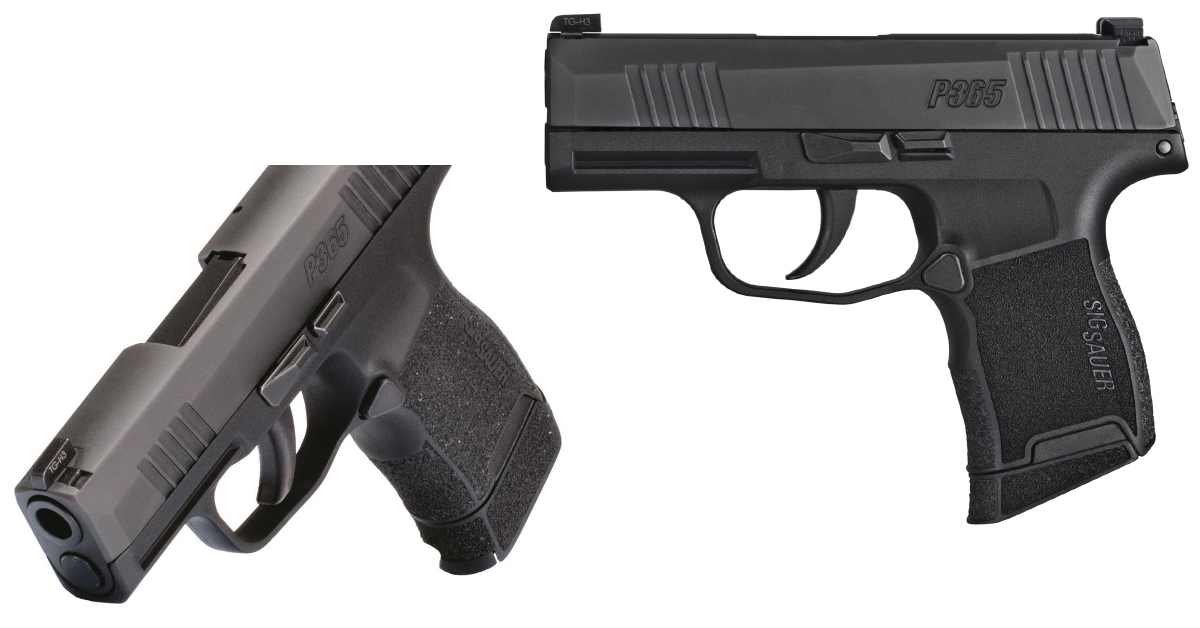 Traditionally, CCW pistols are a series of compromises. Do you choose a higher-capacity pistol that's harder to conceal? Or do you choose an easy-to-conceal pistol with limited capacity? Well, your choice just got easier. The SIG SAUER® P365 is a micro-compact Pistol with an unprecedented 10+1 capacity. We don't know how SIG did it, but it's real—and it's everything you could want in a CCW gun.

It's rated for 9mm+P ammo, giving you more options for defense ammo, and features a very nice, very crisp DAO trigger. Included standard are XRAY3 night sights, a 10-round flush fit magazine, and a 10-round extended magazine. The new P365. Bring More. Everyday.

Login or register to post comments
By internet troll, 1 month ago

Just ordered this. I own a Sig that I bought from Palmetto State Armory 2 years ago for $499. From what I’ve seen Sportsman guide has pretty much offered this for about $600 until now. $544 in todays climate with the 4 pay if you are a member is enticing enough for me to buy another one. I say $544 because Sportsman Guide does the lame $15 gun processing fee. Seriously, make it part of the price, don’t play the lame game of advertising a gun at one price..... then jacking the price up with the processing fee. I don’t know about others but it leaves a bad taste in my mouth. I will be letting my membership expire in January. ( With the high prices of everything, I am not going to be a buyer of ammo or any other gun for a long time so it does not make sense to keep a membership)

I’ve read a lot of complaints about Sportsman Guide for cancelling back ordered ammo and then selling it at a higher price from people on gun forums I trust. I have never had bad luck with them though and they have always come through in the 4 years or so that I have been a member,

As for the gun itself..... I’ve had a lot of carry guns over the years that I liked. But I was always looking for my next carry gun..... until the p365. For me it has lived up to the hype and is a game changer for reasons you can find on line. I’ve been wanting another for awhile, I might find a better deal if I wait..... but with the way things are going who knows and I figured I would rather pay now than wind up regretting not buying now down the road.

If you are looking for a good carry gun at a reasonable price for that gun..... and are a member of Sportsman Guide this is probably a good time to pull the trigger.