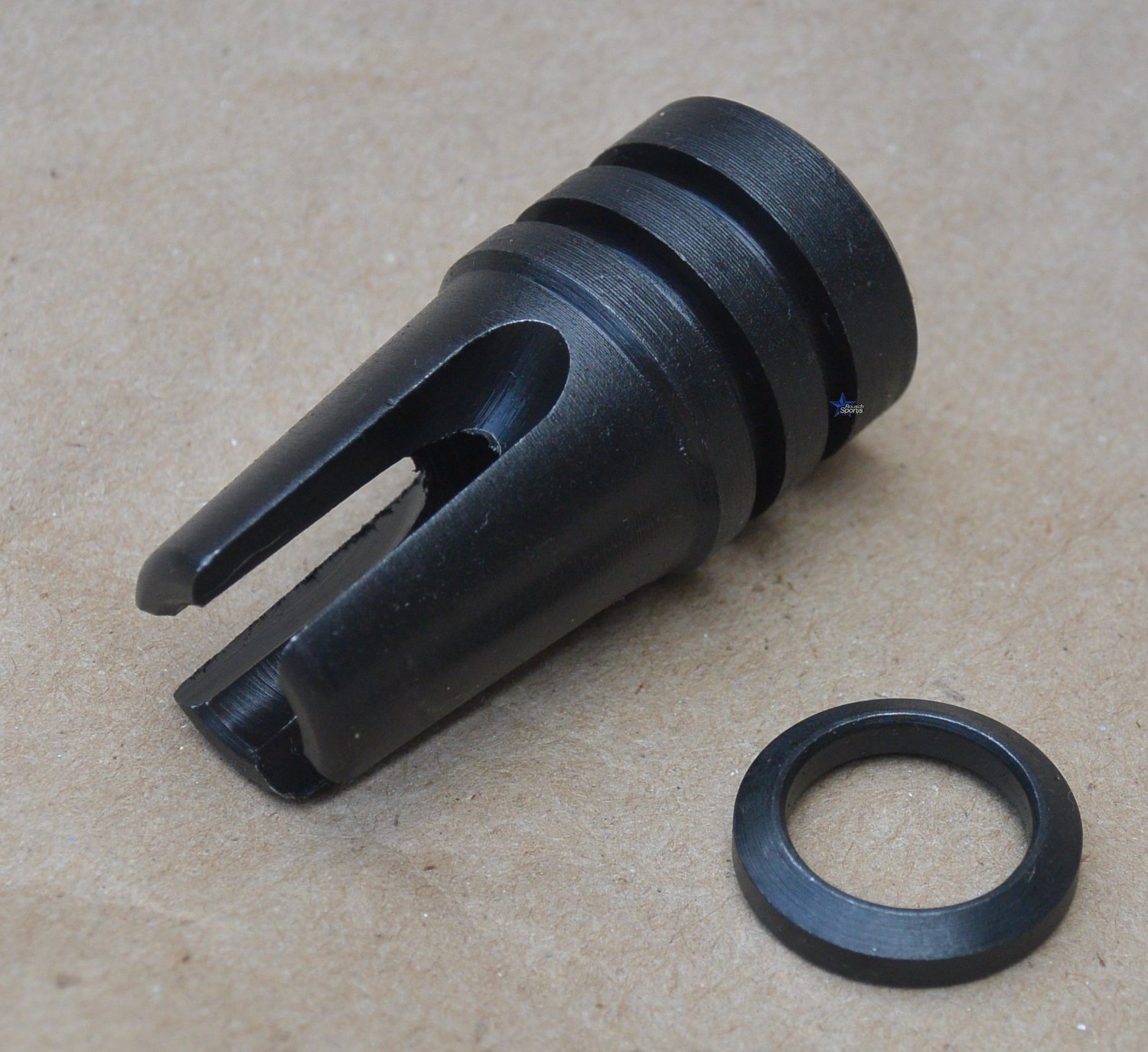 Rousch Sports 3 Prong SP1 Muzzle Brake + Crush Washer Made In The USA
CNC machined Heat Treated Steel
This will fit other popular calibers but not limited to .308 , 7.62X39 - 7.62X51 - 6.8 spc - 6.5 Grendel - 300 Blackout etc.
This IS NOT your standard A2 Muzzle Brake
These have been coated in BLACK OXIDE rather than the standard Phosphate.
The Black Oxide gives these 3 Prong SP1 Muzzle devices the true Black color only the most expensive and sought after muzzle devices posses.
The 3 Prong SP1 was the standard muzzle device of the US Armed Forces and found on most USGI rifles (because it's works).
Rousch Sports Premium 3 Prong SP1 Muzzle Device + Crush Washer Specifications:
•CNC machined Heat Treated Steel
•Standard US Military 3 Prong Design
•Premium Black Oxide Finish
•5/8"-24Tpi Threads Per Inch
•Application: .308 , 7.62X39 , 7.62X 51 , 300 Blackout Etc.
•Length 1.75"
•Black oxide Coated Crush Washer Included
•Will accommodate application of USGI bayonet
******IMPORTANT****** The calibers listed above that this muzzle device will fit are just a guide. These are the STANDARD SIZES for barrels cambered in the perspective calibers.
Barrel manufactures are known to change thread size and pitch to make a proprietary muzzle device for their barrels.
PLEASE VERIFY YOUR BARREL THREAD AND PITCH ARE 5/8"-24 PRIOR TO ORDERING. Thank you!
ASIN#: B00JEWXDLI

Login or register to post comments
By i1uluz, 51 months ago

3 prong muzzle device were on EARLY M16's as in the early 1960's when the USAF went to the Armalite Rifle. Modern rifles use the A2 style flash hider. No flats on the device will force you to stick something between the prongs to twist it on.

This would be great on a retro build but then again they were not shiney back then, used the phosphate finish.

up
0 votes
down
0 votes
View score
By deerslug, 51 months ago

Nice device. Be careful on the install. There are no flat edges to latch onto like an A2 muzzle device and the metal is easily marred. I learned this the hard way and had to sand and refinish one.