This deal has expired. Check Remington 23976 inventory at other vendors or click here to get notified when it's back in stock.

out of stock
expired
expired 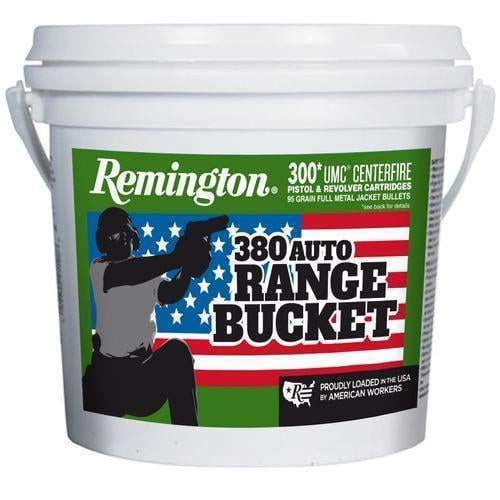 expired out of stock

Natchez has reduced their standard shipping rates by 40% - 45% across the board and it is also selling/shipping products to Alabama now.

Login or register to post comments
By gillbot, 7 months ago

380 is reasonably priced at target sports

up
0 votes
down
0 votes
View score
By DanTampa, 7 months ago

up
0 votes
down
0 votes
View score
By DanTampa, 9 months ago

Couple weeks ago it was $64.99 w/free shipping. I like the Remington UMC ammo for use at the range. If It ever gets to where I can buy 1000 rounds delivered for $175 I would stock up on a few thousand rounds. If that price became the norm I would probably buy a few more guns in that caliber. I like shooting my Bersa Plus and my CZ 83 but it’s a little expensive in comparison to even 9mm.

Some say it is not an effective defensive round but I find at the range it allows me to be more accurate at a faster rate of fire at greater distances than with any other caliber gun I own... large or small...including my favorite CZ P01 9mm. So much so, I find myself carrying the 380 more often and leaving my primary carry, a Kahr CM9 at home.

It is a double stack 12+1 steel gun that has shown it will eat anything I choose to feed it. With today’s ammo, there are plenty powerful enough 380 ammo to get the job done, if I do mine. Since I feel shot placement is the most significant factor and this CZ 83 is the gun that I can best quickly make it happen with, it just makes sense. Plus with 12+1 rounds I can deal with multiple bad guys. All this in a reasonable size carry gun.

Anyhow I would like to see the price of 380 ammo come down to at least to that of 9mm. If it did I believe more people would be buying and shooting 380 caliber guns.

up
3 votes
down
0 votes
View score
By ZMontana, 6 months ago

All those that say its not an effective defensive round are usually ignorant of the fact the newer 380 has twice the power of the old 380s of the long past, They now have close to power of a 9mm.