This deal is out of stock. Check Remington 1622B inventory at other vendors or click here to get notified when it's back in stock. 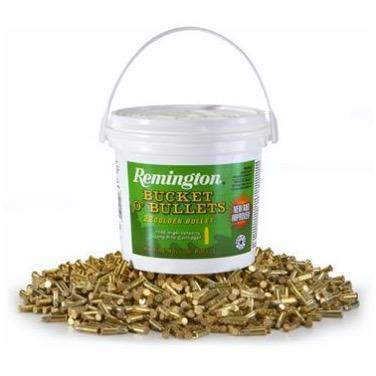 Club orders $49+ Ship FREE - Online Only, Do Not Call, one coupon per order -

Login or register to post comments
By nhbilly, 4 months ago

I think I've shot almost ever Remington ammo and they dirtier than the cheapest hookers I've met.

They should package this stuff in a little trash can instead of a bucket.

up
0 votes
down
0 votes
View score
By No sale, 27 months ago

All quantity / no quality
This stuff is garbage and that bucket does nothing to keep moisture out. I opened a bucket of this stuff after a year in storage to see oxidation all over the copper wash coating and the accuracy was terrible.

Remington Ammo i do not even shoot anymore. To damn dirty . When you have to tear your Ruger 10-22 down every other time The trigger gets all gritty from the Remington Now i do not have to tear it down anymore Just swab the barrel a little and oil it up.

up
1 vote
down
0 votes
View score
By TacticalToiletS..., 32 months ago

I got 2000 rounds of m-22 the other day for a little over 90 bucks... I know lots of folks worship this crap but the 525 packs that I've bought in the past were some of the most inconsistent and dud filled boxes of shit I ever put through my rifles. It was almost a headache to shoot.

I think it's garbage and it'd have to be around $40 for me to even give it a second thought. Since that's unlikely to ever happen, more for the rest of you I guess.

up
0 votes
down
0 votes
View score
By TehHappyGunner, 32 months ago

A hair over 6 cents ea and you gotta buy a whole bucket to get it. I guess if your gun really loves Golden Bullet, go for it. Plenty of better prices on other Remington, Federal, Aguila, and CCI out there at this price or lower. Many on just the everyday price with non-free shipping. See Wikiarms.

Shove this up your ASS Sportsman Guide.

up
0 votes
down
0 votes
View score
By KJM-XDM, 92 months ago

I am in the process of placing an order with Sportsman's Guide on this and a few other ammo deals and even when signing up for the buyer's club there is no "free shipping" option like there should be and in addition to the $19.99 S&H fee there is an additional $16.45 oversized shipping fee. In the past I was able to take advantage of the free shipping by ordering multiple cases of ammo, which was one of the only reasons for me to sign up with for the Buyer's Club.

Another gripe is I had an order on 1/2009 and ordered multiple cases of ammo and while everything was in stock, once my order was placed then the backorders were listed. There are some items I STILL havent received today from that very order and I think last time I checked it was April 2014 for an item I ordered 1/2009.

The other problem on older orders (6+ months old) with backordered ammo, I would periodically get an email where you have to manually renew your backorder or it would cancel a backordered item within 10 days. This might have been an item I was waiting on for 2+ years. Once it gets canceled then you get screwed on shipping as I had to order the item seperately and there is the standard $20 shipping charge I would have avoided, as it was paid for in the initial order.

Bottom line if I order today for this Remington 1400 round Bucket o Bullets, the estimated time of arrival is October 2013, but I know after several required "Click to avoid your order being cancelled" emails every 2 months for the next year and a half, this item probably won't ship out until August of 2014 and that's with fingers being crossed.

up
0 votes
down
0 votes
View score
By slickslickslick, 92 months ago