This deal has expired. Check MTM S1074-11 inventory at other vendors or click here to get notified when it's back in stock. 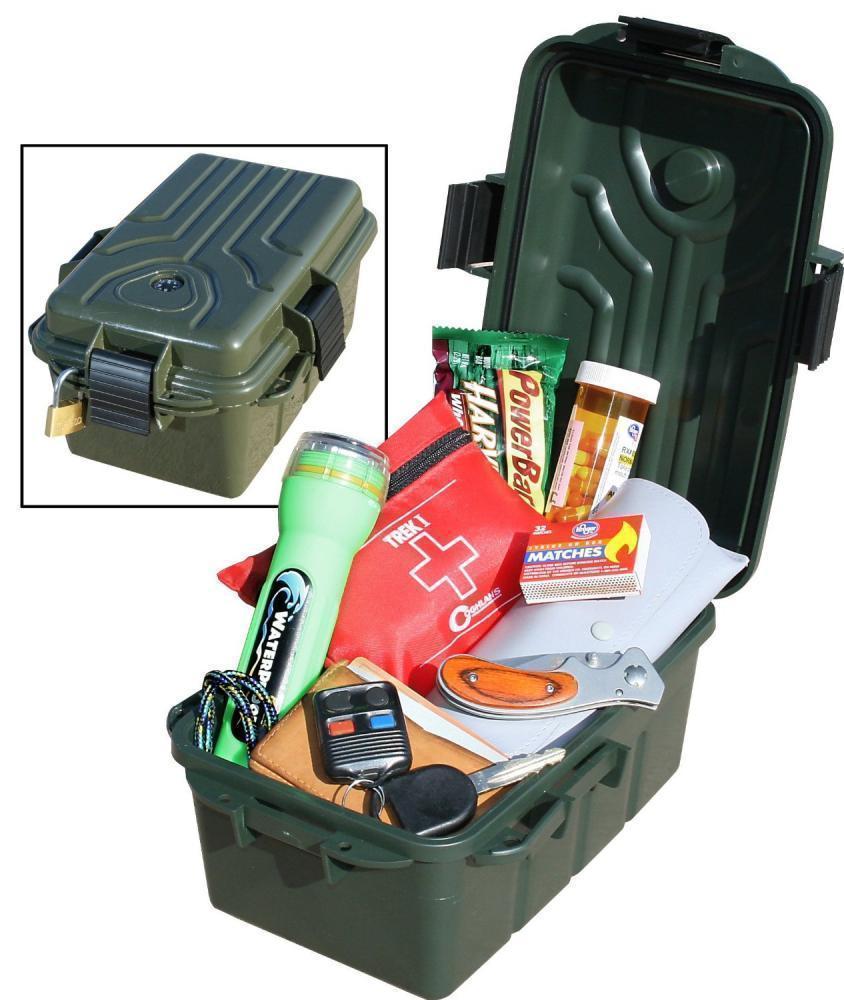 When faced with adversity, rarely are you given a second chance. You rely on experience to get to your destination and the right gear to get it done. MTM Survivor Dry Boxes are designed for those extreme environments. The tongue & groove construction uses an o-ring for water-resistant dry storage. The built in compass will always be there when you need it. The signaling mirror on the bottom the dry box is the same size as the US armed forces receive in their survivor packs. Double padlock tabs. Lanyard attaching points, to tie it down for rafting trips, ATV's etc.. The dry boxes use a triple latching system for the best possible seal. The Survivor Dry Box makes a good ammunition travel case due to its size and shape. The box follows the TSA guidelines for a lockable ammunition travel case.

Login or register to post comments
By ReneeYrpO, 26 months ago

How is this compared to the regular Plano ammo box for keeping water out? Like heavy rain for example or dropped from a boat.

up
0 votes
down
0 votes
View score
By TacticalToiletS..., 26 months ago

I bought their mag box that holds 15 ea .223/5.56 magazines. The only difference between it and their ammo boxes is the foam insert.

I wasn't impressed. The seal on my model is weak and the plastic is thin and distortable yet borderline brittle. Would never survive a drop from the boat to the ramp. Neither water or moisture proof and definitely NOT hard use... A joke really. More of an organization device.

Zooming in on this shows it to be a bit more stout. Being specifically advertised as "O" ring and having a channel implies this might be better. It does say it *follows* TSA guidelines (NOT APPROVED) as a lockable ammo box. That's surprising!

They had a nice little Pelican on here for about $27 bucks, if quality is what you're after.

up
0 votes
down
0 votes
View score
By WingedMelon, 26 months ago

Could be true on your overall assessment. But the only difference from what you bought isn't just a foam insert. The photo shows latching on three sides, not just one. Could be the seal and other features are different too.

up
0 votes
down
0 votes
View score
By willambadass (not verified), 26 months ago

I also bought that box that holds the magazines.Really impressed with it. Look nothing like this and the latches are different.Not sure what he meant by "Would never survive a drop from the boat to the ramp." Why would you do this in the first place?Does he take his AR to duck hunt?Hope he doesn't just drop his guns to the boat ramp as well.No wonder many of these people complain their guns/equipment are crap.No wonder the seals failed on his.I have 10-12 of these boxes and everyone has been great.

up
0 votes
down
0 votes
View score
By TacticalToiletS..., 26 months ago

•I never claimed to own the MTM Survivor Dry Box or review it.

•First sentence comparison was between my .223/.556 box and
other MTM ammo boxes of identical dimensions with varying foam inserts. Please excuse my ignorace for assuming everyone could differentiate such obvious details like the number of latched sides.

•The second paragraph was an honest impression of my limited yet realistic view of MTM products. I wasn't impressed for all the reasons given. Simple as that.

•The OP Seabol15 specifically asked if it could be dropped from a boat, while he may have been implying moisture, I was giving my opinion on both moisture AND impact. Some people drop gear out of boats. From tackle boxes to bait buckets. I see it all the time. While I won't argue with you about it, it would be appreciated if you stopped making up irrelevant counter points like a fucking child.

•I went on to describe the observed differences in seals. While not being impressed with either the seal or the integerity of my ammo box, I did imply hope in the dry box by SPECIFICALLY noting the increased stoutness in both construction and design of O ring and its channel in the "Dry Box"

Man, this feels more like teaching Special Ed than it does a gun forum.