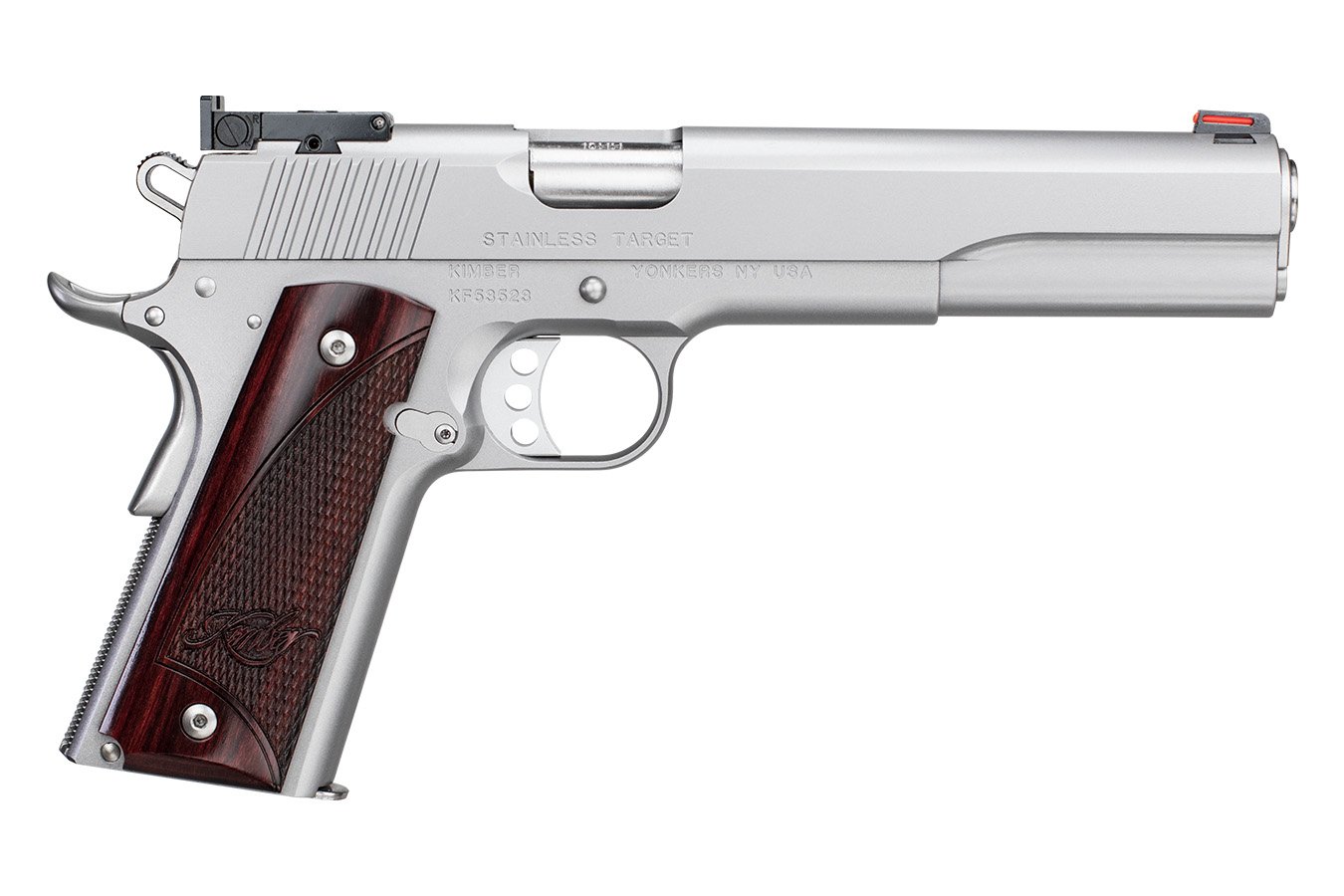 The Stainless (LS) is built from superior quality raw materials that are both machined and hand-crafted into the 1911 that all others are measured against. Each Stainless (LS) features a 6” barrel and slide hand-fitted to the frame, dovetail mounted rear adjustable target sight and front red fiber optic sight, a beveled magazine well, match-grade trigger, and refined scallop/checkered rosewood grips with the Kimber logo.

Login or register to post comments
By BrianVanPelt, 7 months ago

This is a good deal. I got one, but you will have to become a member to order (about $30 if I can remember). So far, the gun shoots flawlessly. After nearly 1000 rounds and only 2 failure to feeds (both were with after market magazines - with Kimber's magazine, the gun is perfect). I have shot Sellier and Bellot (180 gr), Sig Sauer Elite (180 gr), Freedom Munitions (180 gr), Federal Champion (180 gr), Blazer aluminum case (180 gr) and some reloads whose name I can't remember. I know Kimber has a reputation for unreliability (at least with some people), and this is a testament that this particular Kimber is very reliable.

The rear sites are fully adjustable and the front site has a fiber optic insert, forming a three-dot system. I took the gun shooting right out of the box and it was as accurate as any pistol I've ever shot with almost no changes to the sites. I did remove the thick, wooden grips and put on the more common thin grips that you find on a 1911.

This pistol comes with only one magazine, but I have a couple of mags from a 1911 Springfield 10mm that work fine (although one of the failures to feed was with a Springfield mag).

The finish on this gun makes it so that I don't have to clean brass off the slide, and it also resists fingerprints. It doesn't look like it can scratch easily.

The pistol is a 1970's series 1911, so it does not have that silly firing pin blocker as in the 80's series. In fact, Kimber has made a very basic style 1911 as the guide rod is not full length, but that little, stubby one you find in the classic GI 1911 pistols. The pistol also features a bushing like the classic 1911. Unfortunately, the pistol comes with an 18.5 lb recoil spring, so I swapped that out for a 23 lb spring instead (and that works just fine).

Overall, this is one of my favorite 1911s. It seems very solid and smooth, and does a good job of absorbing recoil. I find the trigger to be about average for a 1911, and I look forward to that trigger becoming smoother with time.