This deal is out of stock. Check Kel-Tec PMR30GY inventory at other vendors or click here to get notified when it's back in stock. 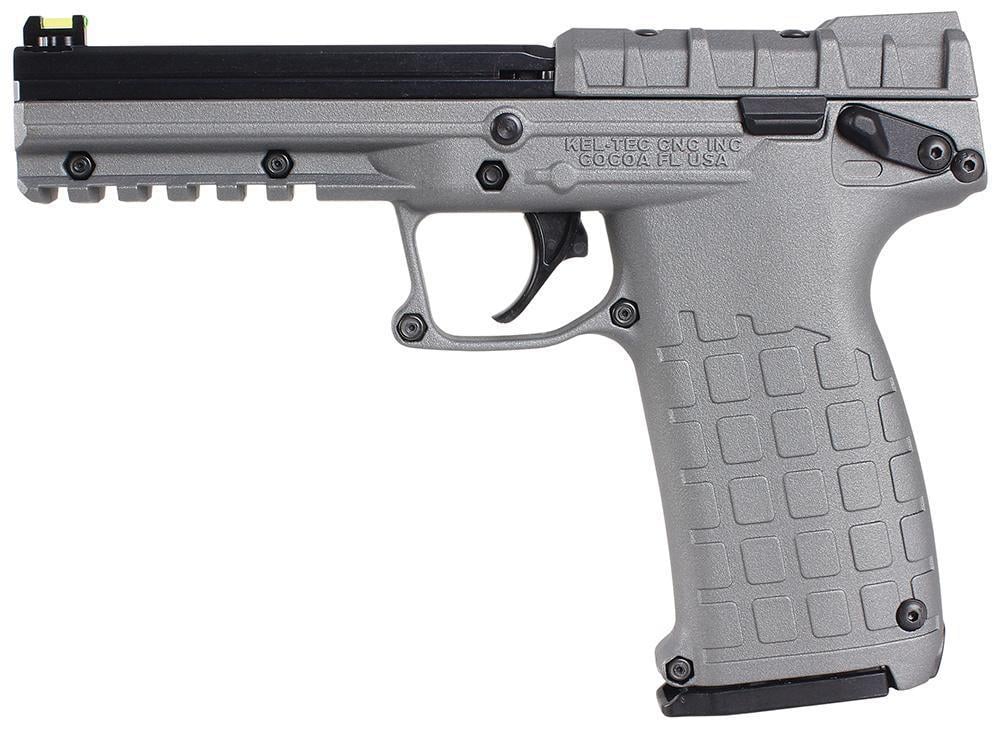 Posted by santa23
Updated by Jacob Grayson 1 month ago
More deals from GrabAGun.com
7169 views
out of stock

"Kel-Tec PMR30GY PMR-30 22WMR 4.3"" 30+1 Zytel Grip Gray Frame/Charcoal The PMR-30 is a light weight, full size pistol(.22WMR). The PMR-30 operates on a unique hybrid blow back /locked-breech system. This operation system allows for the use of a wide variety of ammunition as it seamlessly adjusts between locked breach and blow back operation, depending on the pressure of the cartridge. It uses a double stack magazine of a design that holds 30 rounds and fits completely in the grip of the pistol. The trigger is a crisp single action with an over travel stop. The manual safety is a thumb activated ambidextrous safety lever (up for SAFE, down for FIRE). The slide locks back after the last shot and a manual slide lock lever is also provided. Slide and barrel are 4140 steel, frame is 7075 aluminum. Grip, slide cover, trigger, mag release, and safety levers are glass reinforced Nylon (Zytel). The magazine is also Zytel with round count ports. Other features include: dual opposing extractors for reliability, heel magazine release to aid in magazine retention, dovetailed aluminum front sight, Picatinny accessory rail under the barrel, Urethane recoil buffer, captive coaxial recoil springs. The barrel is fluted for light weight and effective heat dissipation. PMR30 disassembles for cleaning by removal of a single pin. "
MANUFACTURER Kel-Tec
SKU GAG_PMR30GY-77891
CONDITION New in Box
ACTION TYPE No
CALIBER .22 Mag
UPC 640832003338
MODEL No
TYPE No
MANUFACTURER PART NUMBER PMR30GY
ACCESSORIES No
BARREL LENGTH No
FINISH PER COLOR Gray

Login or register to post comments
By todavidjensen, 1 month ago

Crap-o-matic is right. These things have plastic feed ramps. I’ve upgraded all the internals of mine through Mcarbo and am hoping it becomes decent but honestly Keltec shouldn’t have let this thing off the design table the way it is. Even if they had to introduce it at 100 bucks higher price point it shouldn’t have hit the market in its current form. Its a waste of time as a gun.

up
0 votes
down
0 votes
View score
By pigman, 2 months ago

Tom Gresham from "Gun Talk" media / podcast show had news that kel-tec is currently pumping these out again. mine was fun but needed a new roll pin to hold the extractor in, then it had a case head rupture on some armscor ammo and it has never functioned right since. I replaced the magazine and a new magazine catch has been installed, it seems to not want to feed a new round after it's fired, I need to touch the magazine base and it go's back into battery. Maybe a new recoil spring would help. I contacted kel-tec and the tech I spoke with told me he shoots his all the time and they should never need a new recoil spring. Not sure what I should do, another caller on the gun talk program stated that he sent his pmr-30 into kel-tec and they have had it for 5 weeks with no reply or call back from them. I don't want to send mine in, maybe just sell it as is and buy a new one..

To quote a Keltec engineer

The Craptastic JAM o MATIC. a Penny over $150 is a rip off for this paperweight.

I have had good luck with this gun. Use good ammo and not loading to 30 seems to be the ticket.

In the course of my shooting days, I've seen a lot of people try to make a 100% reliable semiautomatic .22 WMR. I have not seen anyone succeed. The round is not well-suited for this purpose.

You guys are both right, sub $350 might be an okay deal. It fits jam a lot, and worse than that, it groups like a dinner plate. It's not accurate at all.

All that being said, it still always manages to sell out no matter what price point. Some people have more money then sense it would seem :-(

Cool firearm... but watch the Hickok45 video. Seems to jam too much for my liking. Also agree it should be in the sub-$400 range eventually.

up
1 vote
down
0 votes
View score
By hardertr, 99 months ago

I've been looking for one of these for almost a year now. BUT, I won't be paying a penny over $350 for one!

Once they get back into full production, the price will drop back to where it should be....in the $300-$350 range.

up
2 votes
down
0 votes
View score
By edtheward, 50 months ago

Kel-Tec themselves are never in full production. ever.