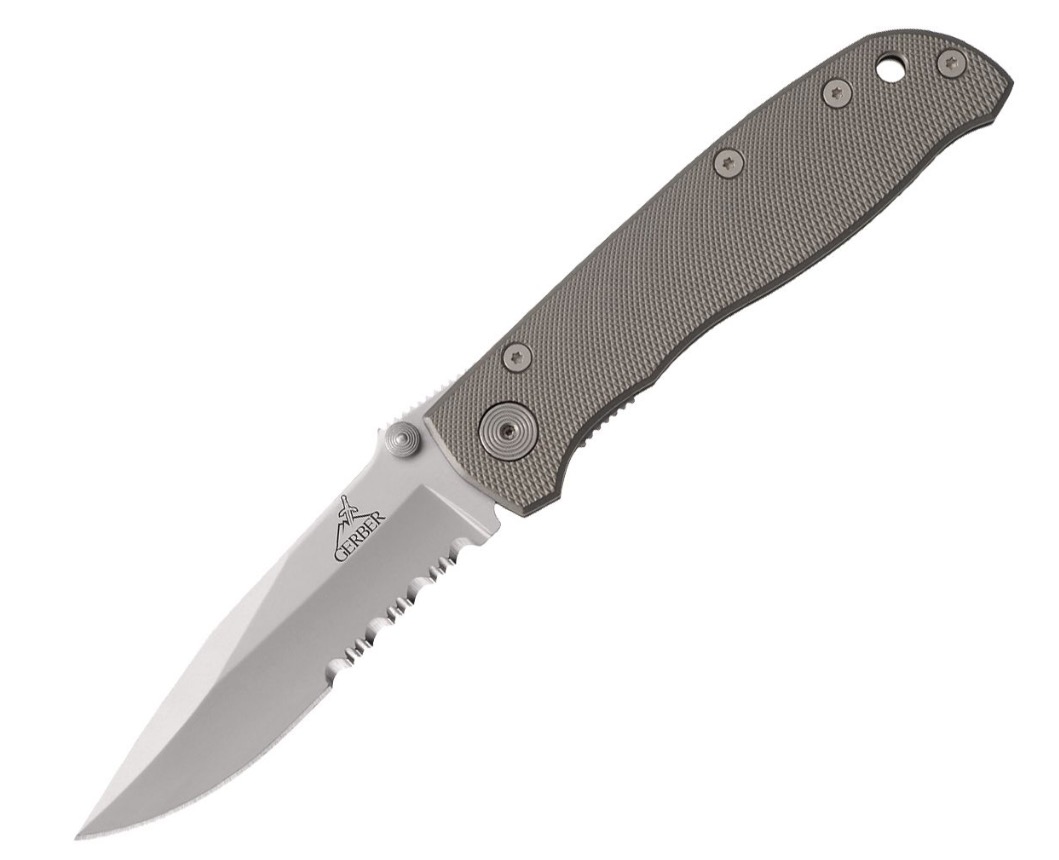 The Gerber® Air Ranger Folding Knife has the size and features to make it an ideal EDC knife. The clip-point blade opens with 1 hand using either of the dual thumb studs; and the blade locks open with a reliable liner lock. The grip is made with CNC machined aluminum panels, featuring a crosshatch checkering to provide a non-slip hold., and a raised and jimped thumb rest to enhance blade control. The Air Ranger Folding Knife carries comfortable with a steel pocket clip.

Login or register to post comments
By ljthegiant, 33 months ago

Carried this for almost a year and the clip loosened over time and pulled out by the screws. About $3 shipping to Gerber and they sent me a brand new one. Its not that rugged and dulls fairly quickly but its light and tight and good for the money. Ultimately this knife got me in the habit of using an EDC pocket knife but i got a Buck 722 for just a bit more while this gerber was gone and I never went back.

up
0 votes
down
0 votes
View score
By Ragnar_Danneskjold, 33 months ago

I carried the original version of this for nigh on ten years when I was young. My parents found it at their house recently, and while it was dinged up a bit, I was super impressed at how it had held up. I refurbished it, and it’s a backup now. When I got mine they cost around $75, so it might be a little superior in some way, but I have a couple of these new ones and they seem just as nice.

I’m not saying it’s a great knife, it’s not. The steel is a soft stainless, so it will dull quickly, but it is also easy to sharpen. Mine did survive my harsh use when I was young, but it’s far from the strongest design.

It is a good knife for the money.

up
0 votes
down
0 votes
View score
By Crom, 33 months ago

7Cr17MoV stainless steel and lifetime warranty according to Amazon.