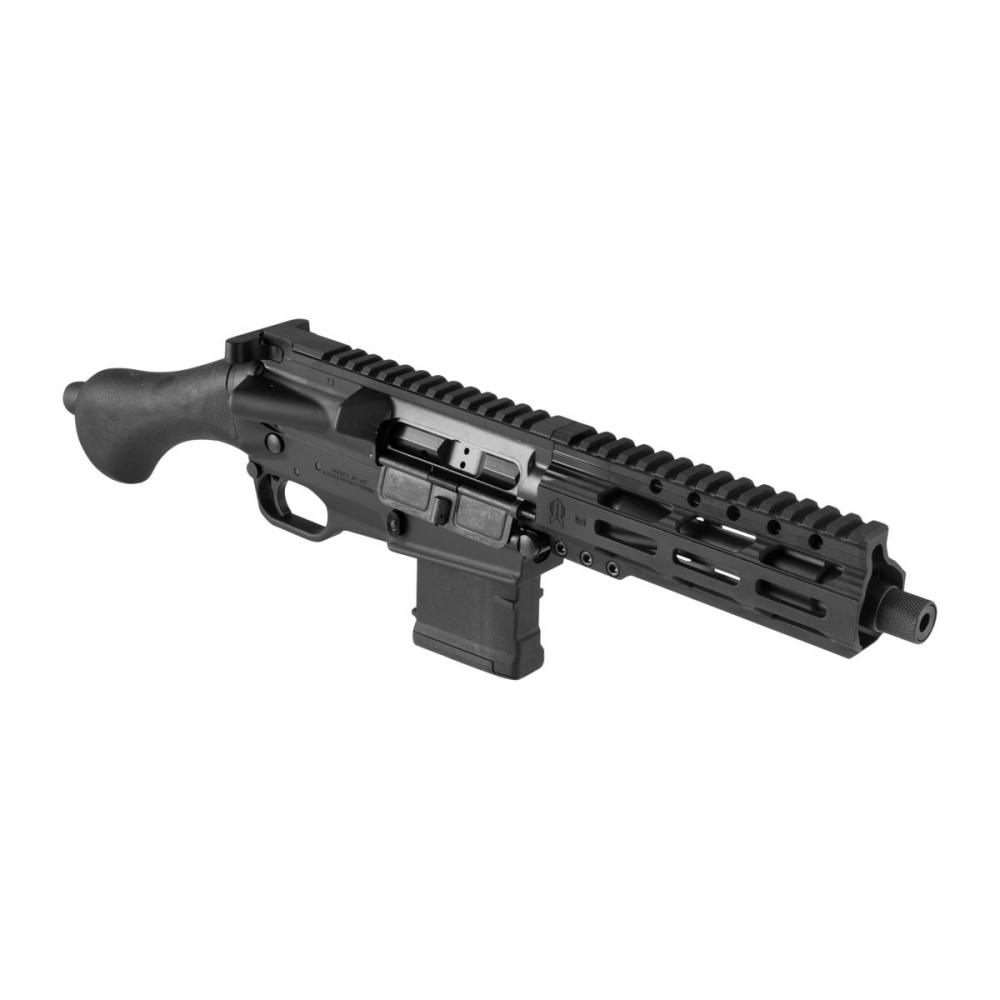 Login or register to post comments
By jeph4e, 1 month ago

I've had one for more than a year. It is awesome. I've put 1000+ rounds thru it. Fantastic until really dirty then it has issues. Clean after every shoot and you're fine.

up
0 votes
down
0 votes
View score
By dmaic, 1 month ago

For today's pirate, on the go. Comes with slow-burning beard wicks and a talking parrot.

I wonder if one can buy just the "lower and grip"? that way you could build your own pistol upper the way you want it? Ill have to check and see. if so Im in.

EDIT: I take that back... the lower is available but No way in hell Im paying $575 for it! good god its nothing that special..

up
0 votes
down
0 votes
View score
By Ownthenight01, 1 month ago

I've had one parted out and inventoried as a 458socom, for quite awhile.... Haven't gotten around to it.

up
0 votes
down
0 votes
View score
By racecar, 1 month ago

I went on that goose chase myself. Someone could make good money just developing some kind of adapter for the bird's beak.

Im curious how the gas system and buffer work on this? the birds beak grip obviously does not allow for a standard buffer tube system, and I dont see any mention of piston driven upper? if one was to create an adapter, thats the first hurdle I think? could be wrong, Im no expert

up
0 votes
down
0 votes
View score
By Thorax, 1 month ago

Pretty simple to tell just looking at it....but it's NOT a good system.
There has to be 2 pivot points between the bolt carrier and the buffer so it can operate at an angle, that's the simple part.
The shit part is that since it does operate at an angle it will cause the buffer to ride heavy on the upper part of the buffer tube (moment of inertia and all that)...the operation pushes the buffer hard so all wear is on that one side of the tube.
It won't last for shit and will egg shape both buffer and tube....figure 2000 rounds and it'll start causing random issues, another 500 and she'll stop working without replacement parts.
But hey, it's a nice paperweight....nice and expensive.

up
1 vote
down
0 votes
View score
By Errnge, 1 month ago

Actually it’s a single pivot. There is no buffer, just a recoil spring in the grip. Works similarly to how some inertia driven shotguns work... Benelli