This deal is out of stock. Check Federal AE9SJCB1 inventory at other vendors or click here to get notified when it's back in stock. 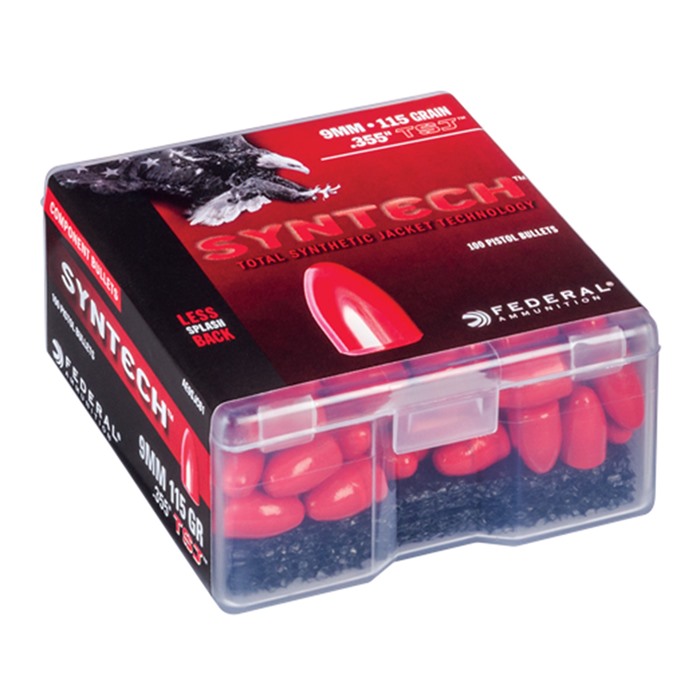 Online Only, Do Not Call, one coupon per order -

The benefit to you? With Federal Syntech™ 9mm 115 grain bullets loaded in your ammo, your pistol’s barrel will suffer significantly less fouling, you won’t have to clean your gun as often, and barrel life will be greatly extended.

With Federal Syntech™ 9mm 115 grain bullets loaded in your range ammo, you get the best of both worlds: full-power, standard weight practice ammo that replicates the performance of the load you’ll use on duty, in competition, or for personal defense, AND you spend way less time cleaning guns!

Receive $5 Back per Box When You Buy at Least Four Boxes of Federal Varmint and Predator Ammunition
Spend at least $100 on Federal and Speer bullets to get 20% back
Spend at least $100 on Federal and Speer component bullets to get 20 percent of the purchase price back. *Rebate amount calculated on purchase price only, does not include taxes and/or shipping/handling fees. Minimum spend $100.00 required. Maximum rebate of $100.00 per person or household. Rebate paid in U.S. funds only. Product must be purchased between 02/01/2020 through 04/30/2020. DEADLINE for mail in or online submission 05/30/2020 Exclusions apply. See official terms and conditions for details.