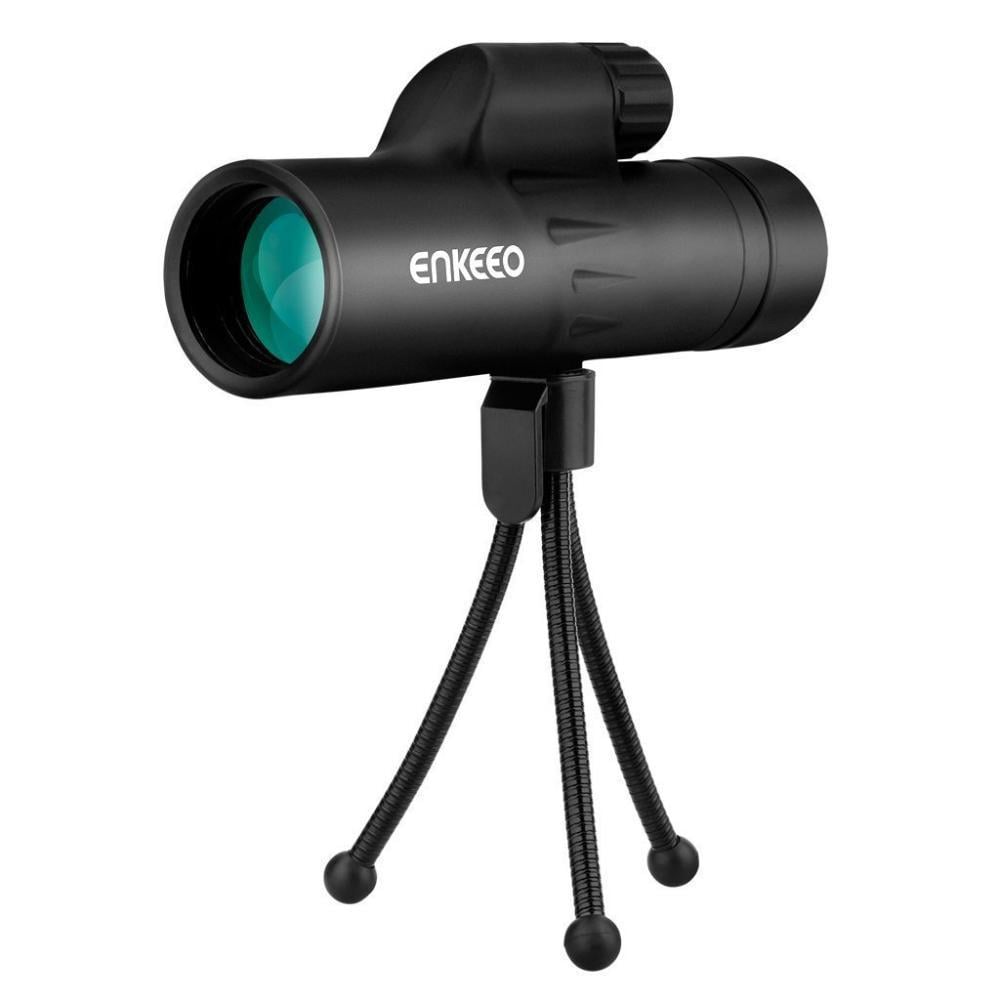 A Handy Monocular Fits All Your Need
Only 11.6oz/330g in weight, this palm-size monocular is ideal for you to conveniently see more-detailed on a concert or sports match, bird and wildlife viewing, and hunting. It's lightweight to hold in one hand and compact to store even in your pocket, so you can take it anywhere.
The Reliable and Clear Viewing Performance
The flexible tripod is super easy to fold at the right angle you want to support the monocular for a better view, and you can view things close-up or far away by switching the focus wheel with just one hand. Most importantly, thanks to its fully multi-coated design and 8X magnifications with 30 mm objective lens, it provides you a wider field of view without losing the color accuracy while you're watching fast moving sports matches or hunting.
Thoughtful Design that You'll Appreciate
Enkeeo's monocular features a rubble twist-up eyecup to protect your lens while not in use, and the neck strap is ideal to rest your hand after a long time viewing. You can store your monocular and the tripod in a carrying case for easy travel. All making, this unit is a must-have outdoor gear for you.
Product Specification
Magnification: 8X
Objective Lens Diameter: 30mm
Eye Lens Diameter：26mm
Field of View: 183m/1000m, 10.5°
Lens Coating: Fully multi-coated
Eyecup: Twist-up
Weight: 11.6oz /330g
Package Content
1×Enkeeo Monocular
1×Manual
1×Tripod
1×Objective lens cover
1×Eyepiece cover
1x Cloth
1×Neck Strap
1×Carrying Case
ASIN#: B01M4GA3C8
Model number#: 4331892894