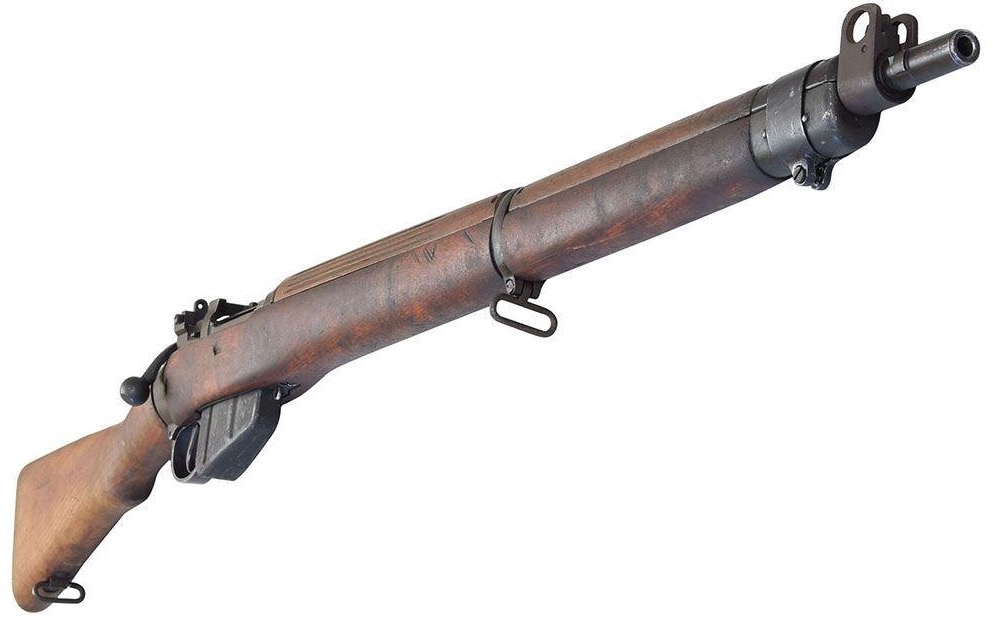 LNG-ENF4-MK1
If you would have asked me a few weeks ago if Classic would ever have any Enfield rifles to sell again I would have said that it was highly doubtful. You just never see these things anymore. But lo and behold here they are and we are sure proud to have them. Original #4 model British Enfield rifles,.303 Caliber, Bolt Action. These are a mixture of #4 MK1, MK1* and MK2 rifles and we don't make a distinction when selling because the differences are insignificant. I don't know what theater of action this particular lot of rifles saw battle in because it could have been just about anywhere. The .303 Enfield was one of the most prominent battle rifles ever produced. Back in the late 80's and Early 90's we were able to obtain these fairly easily but they have been largely gone for years. Limited quantity available.

About the rifles. After running our last group of Enfield rifles that came out of the Samco liquidation, we thought that we would possibly never see Enfields in any quantities again. But this offer proves that miracles do happen. Someone saw our video and it just so happened that the very same someone was setting on his own nice pile of Enfields. They contacted us and you know what we said... of course we want them. They sent us some pictures and after a long drawn out negotiation ( that lasted about 30 seconds ) we sealed the deal. What a deal it was too. While these are not perfect ( no Enfields are as they simply saw too much service ) by Enfield surplus standards they are very nice and head and shoulders above what we offered last time. The wood will show some dents and dings as is typical to surplus, but for the most part it is not dark or discolored and actually looks pretty darn good. Metal is above average for Enfields as well. Heck, these look as good or better than the Enfields I was offering in the 1980's when they were somewhat readily available.

We make no guarantee for bore condition on any surplus rifle but I have looked down a few . All that I have seen were serviceable and some looked pretty darn good. Trust me ... You don't want to miss this.

No collection is complete without the addition of an Enfield.... Don't Miss This.......C & R Eligible

Login or register to post comments
By HughesEnterprises, 13 months ago

They’re going to be digging up the “rare forgotten stashes” of Milsurps for decades. They’ve got them stacked deep and will keep trickling them out a few at a time.

up
6 votes
down
0 votes
View score
By SpadeTrump, 23 months ago

Sold out. You can easily sign these on Armslist