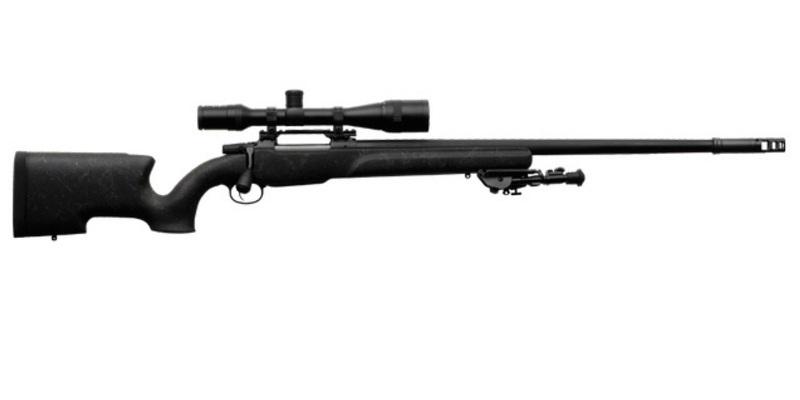 CZ-USA has taken the proven reliability and accuracy of the 550 Magnum and applied it to the needs of Law Enforcement. The H.E.T. model is equipped with a Bell & Carlson tactical Kevlar reinforced stock with a full length aluminum bedding block, a 28" bbl, and a SureFire muzzle break. An oversized bolt handle adds to the perfect ergonomics of the H.E.T. model. CZ 550 embodies aesthetic elegance and ergonomic design. On closer inspection the heart of the machine shows its time honored features.•Mauser style claw extractor•Square bridge receiver•Hammer forged barrel•Single set triggerThe CZ 550 has a positive 2-position safety. All CZ 550's feature a classic square bridge receiver with a 19mm dovetail milled right into the receiver for the mounting of optics. For accuracy and long life these rifles are fitted with hammer forged barrels.
UPC#: 806703043500
SKU#: CZ 7403

Login or register to post comments
By Dick Jones, 61 months ago

This may be an outstanding rifle, I don't know, because I don't own one. But, for $3000.00, I just can't see the value. CZ makes some quality firearms as I own several, but I think $3000 could be better spent on another firearm. I owned a CZ 550 Varmint in .308 for a short time. It was a gorgeous rifle, but I was not super impressed with the accuracy. The rifle had a very long throat, so if I wanted to load just shy of the lands, my bullet was way on out there which sometimes made it impossible to do. Because of that, I had to settle for a long bullet jump or load single shot because the rounds would not fit in the magazine. I sold it and bought a Savage HS Precision .308. It shoots great with a shorter throat. So far, it shoots everything very accurately. So, I would rather drop about $1800 on a Savage 110BA and spend the extra money on some good glass. Just my 2 cents worth.