This deal has expired.

END_OF_DOCUMENT_TOKEN_TO_BE_REPLACED 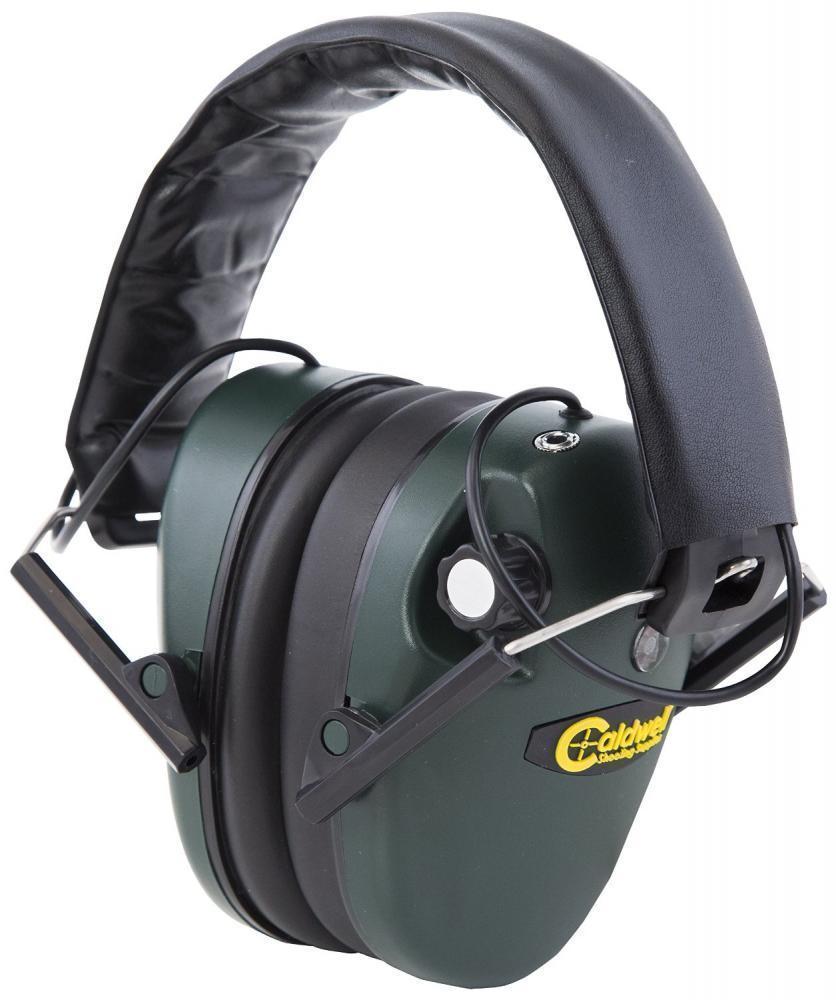 The new low-profile E-Max hearing protection combines great circuitry with a low profile earcup that's ideal for shotgun shooters and action shooters. The two microphones in the E-Max amplify sounds below 85 decibels, which amplifies normal communication, range commands, and environmental sounds. Above 85 decibels, the microphones shut off for a split second to protect the shooter's hearing.
Two microphones - one in each earcup- give the user true stereo sound
23 NRR Rating
ASIN: B001B8ONZI
Item model number: 487557

Login or register to post comments
By capitolwon, 22 months ago

Trash. Went to the indoor range with them 1 time and it's in the running for shortest range trip ever! I may try them outside one day but even doubled up these will make you go deaf.

up
0 votes
down
0 votes
View score
By capitolwon, 22 months ago

Trash. Went to the indoor range with them 1 time and it's in the running for shortest range trip ever! I may try them outside one day but even doubled up these will make you go deaf.

up
0 votes
down
0 votes
View score
By Captain Spork, 22 months ago

Harbor Freight are $14.99 and less if you find one of their frequent coupons. Used mine while the guy next to me was shooting a 1911. https://www.harborfreight.com/noise-canceling-electronic-ear-muffs-92851...

up
1 vote
down
0 votes
View score
By jasonh, 67 months ago

Looks price is fair. Got one and will return if it does not work well in inside range.

up
0 votes
down
0 votes
View score
By dalto, 69 months ago

In general, I have had good luck with Caldwell products but these are terrible. My son was complaining that his ears were hurting so I tried them out myself and they provide nothing like the rated NRR.

Shots from a full size 9mm handgun were literally painfully loud when using these muffs. Definitely not appropriate for shooting.

up
0 votes
down
0 votes
View score
By runswithscissors, 72 months ago

I got a pair because they were inexpensive, but they turned out to just be cheap. I haven't even taken them to the range yet, and I probably won't if I don't have to.

I put them on in the house and the amplification would cut out at relatively low sound levels and stay off for what seemed like forever, though it was likely less than a second.

They feel cheap, there's an LED that's constantly lit whenever they're on (that red thing in the middle of the right ear on the picture), and there's no automatic shutoff.

I've had the Howard Leight Impact Sport for quite a while, and there's no comparison. The Leight one are sturdier, the electronics work great--there's no noticeable cutoff/cutout. I'm very happy with them.

Save your money and get the Howard Leights or maybe the Peltors. These Caldwells pale in comparison.

up
0 votes
down
0 votes
View score
By crabbysam, 72 months ago

Pretty harsh to rant and rave about something you haven't even tried. I have two sets of these and have abused them for years, only negative thing I can say is the foam came off the mic's on one set, but they work effectively, and they work well considering they are under $20. Are they as good as the Peltors I own? Their close, but not as well, but I'd consider them the best bang for the buck.

My advise, is to try them with a firearm going off, if you still think they suck, at least you'd have a basis for complaining.

up
0 votes
down
0 votes
View score
By Kenny4fingers, 72 months ago

I bought a pair when they were @ $20, and have taken them to an (outdoor) range several times with other shooters running. For me, they worked great, zero problems. I enjoyed the variable audio enhancement and they were comfortable the whole time. Recommended.

up
0 votes
down
0 votes
View score
By toolness1, 74 months ago

I got a pair of these when Midway had them on sale. My pair sucks, not sure if they are all bad.

Mine is too slow to cut out the loud sounds sometimes, so you get it blasted into your ears, then it mutes for a split second after the shot. Especially in an indoor range, that just confuses the hell out of them.

Maybe I just got a bad pair...

up
0 votes
down
0 votes
View score
By theonewon, 76 months ago

Ordered a couple weeks ago, they are ok. They receive a lot, and I mean A LOT of feedback if you have a cell phone near you (like in your pocket). I ended up using them with the power off as if they were standard ear-muffs. If it was me I would get higher grade e-muffs. You get what you pay for.

up
2 votes
down
0 votes
View score
By Baranox, 97 months ago

I've been using a set of these for a few months, and very happy with them so far.

These are great, I got mine from Optics Planet via GEARHOG certificate. These are my first and only electronic earmuffs. I should have ordered these long time ago. Easily adjustable and they fit both me and my wife perfectly.

Update - I just tested these for the first time in my indoor range, and let me tell you, these are not for indoor ranges. Gun shots were still so loud that I had to use earplugs in combination with these. For outdoors these are great, and they do not interfere with my rifle's stock.

FWIW - I agree with this review. Everyone's sensitivity is different but personally I think these are fine for outdoor use (rifle and pistol) but don't cut it for indoor ranges.

However I generally use both plugs and muffs in all indoor ranges so they might be good enough for some folks. I haven't found any single earplug or lightweight muff that I'm ok with as being enough for larger calibers or rifles indoor.

up
0 votes
down
0 votes
View score
By Kodiak, 115 months ago

up
1 vote
down
0 votes
View score
By reviewer, 115 months ago

Here is the link http://www.midwayusa.com/product/774928/caldwell-e-max-low-profile-elect...

Thanks for the link but MidwayUSA charges an additional $3 "Special Handling Fee" for orders under $25 and the cheapest shipping (to my zip code in Phoenix) is $8.43 and shipping is estimated to be 8 days, for a total cost of $29.43. Not a better deal then getting it cheaper through Amazon (currently $28.79) and with free shipping on top of that.

I agree, I do love Amazon for shopping, but they now charge for shipping unless your order is over $35. They recently changed it.

up
0 votes
down
0 votes
View score
By Kodiak, 115 months ago

It's a good thing I bought 2 of them. Not sure of my estimated shipping days are BUT I'm getting them tomorrow per UPS tracking. So I'm getting them in only 3 days! That's the wonderful thing about the internet, so many great deals!