Check inventory for Beretta APX 9MM Handguns at other vendors: 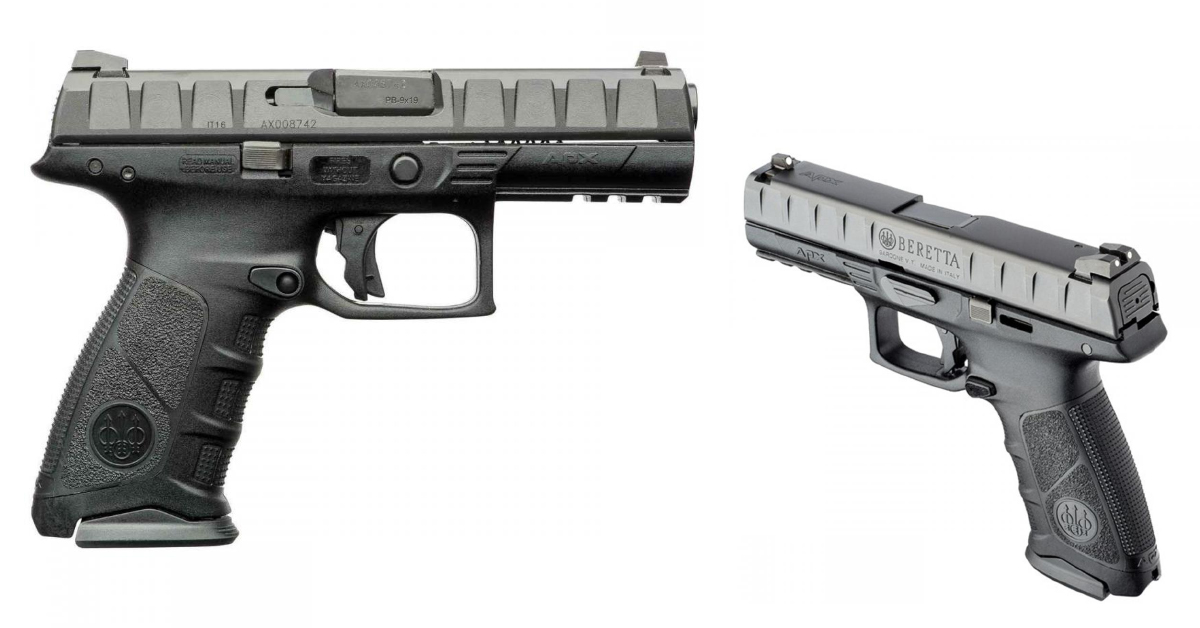 Login or register to post comments
By TargetRich, 1 month ago

If you do not live in KY or the state the store is in they will NOT sell to you. I was just there because some retard on these forums said they will

up
0 votes
down
0 votes
View score
By 37yearoldboomer, 3 months ago

Good deal except I'm not going to drive 433 miles to the nearest Sportsmans Warehouse to buy and it would be illegal for them to sell to me being from out of state.

up
0 votes
down
0 votes
View score
By cteeder24, 3 months ago

That's why you have it sent to your local FFL as you would with all online gun sales.... Have you never purchased a firearm online before? There is no such thing as the online loophole. I've bought multiple times online and there is never an issue sending a gun to an FFL near your house and doing the paperwork with them to take it home.

up
0 votes
down
1 vote
View score
By cteeder24, 3 months ago

Nevermind didn't see the stupid restrictions they had on this. Pretty much a no go like you said. My fault.

up
1 vote
down
0 votes
View score
By txarmyvet, 3 months ago

up
0 votes
down
0 votes
View score
By txarmyvet, 3 months ago

up
0 votes
down
0 votes
View score
By PD, 3 months ago

No shipping to FFL makes this a non deal. Why is it on here?

no shipping to FFL?!? Welcome to the 21st century, you're falling behind

Able to ship to your local store, IF you have one near you.

I've owned Sig P320 X Compacts, Glock 19, 17, FN 509, and I have to say the Beretta APX shoots as well or better than higher priced alternatives. I'm not sure why the APX isn't as popular because it's damn accurate and the best bang for your buck at $329. At that price it's a no brainer. I've shot over 5,000 rounds through mine without a hiccup. Buy one before the price goes up to $500. Damn good deal. Thanks.

up
2 votes
down
1 vote
View score
By cafe, 3 months ago

Nowhere near the shootability of a Glock, Sig, HK etc.... Not a bad pistol - just not a great one. In addition, sorely lacking aftermarket.

up
0 votes
down
2 votes
View score
By Shakbite1, 3 months ago

The small serrations on the slide ruin this pistol, as it’s extremely difficult to hold on to while trying to rack the slide. Other than that, nice gun and a straight-shooter!

up
0 votes
down
0 votes
View score
By cafe, 3 months ago

It a great deal for a reliable handgun. But it isn't as accurate as a Glock, HK, and Sig. The follow up shots aren't there and the after market parts is terrible.
Your stuck with a 5lb trigger and no compressor sights and mediocre shootability.

up
0 votes
down
2 votes
View score
By DonBoy, 3 months ago

It's just as reliable a d accurate. There are a few videos on YouTube of people shooting it pretty accurately. I don't have an issue as well. YOU just do not shoot it well. The trigger is 6lb standard or as low as 4.5lb once the Competition Striker Spring is broken in. The trigger is better than stock Glocks, M&P's, and the P320.

up
0 votes
down
0 votes
View score
By cafe, 3 months ago

There isnt a single review any anyone who was taken by the accuracy of the APX - even the "Honest Outlaw" mentioned it was "average" in a best buy review. As he mentioned - it is very reliable.
The trigger is +5lb with either Striker Spring (Galloway, Green, and Stock ( I have all 3).
No compressor height sights and lack of aftermarket and so-so shotability leaves as good but not great.
H&K hit it out of the ball park with the VP9 (as ALL the review mentioned) and it has decent aftermarket including OR slides (standard & long), compressor sights, and trigger options.
The nod goes to Canik for the $350 range.

up
1 vote
down
0 votes
View score
By DonBoy, 3 months ago

There are several shooting videos of people shooting the APX who are getting excellent groups. Yes, there are reviews of people who are talking about the APX have good accuracy as well. There are forum post on Beretta Forum, Glock talk, and others too. I own three of then, and I have no issues shooting them accurately. If you didn't see anyone bring up accuracy with rewards to the APX, then it's probably because you weren't looking. Don't blame the pistol because of you can't personally shoot it well. There are some who say they can't shoot Glocks accurately, revolvers accurately, DA/SA pistols accurately, etc. That's a personal issue and not an issue with the pistol. Plus, the stock sights on the APX have an extra large front dot similar to the XS big Dot. It's designed for combat and self defense use and not for putting holes through one hole on paper. You should know this.

No, you can't find 50 vendors selling 50 versions of kydex, leather, etc holsters. No, the APX isn't for the tacticool guy who wants a Gucci gun, but neither is the VP9 that you referenced. There's zero issues finding kydex or leather holsters for the APX. Ameriglo, Trijicon, XS Big Dot, and fiber optic sights are available. The only real none hating grip you have is with the current lack of suppressor sites;however, the vast majority of gun owners do NOT own suppressor. Most aren't EDCing pistols with suppessors s as well. It seems like a champagne issues that only affects an extremely small minority.

up
1 vote
down
0 votes
View score
By mjorrin, 3 months ago

Too bad SW is not shipping to ffl.

I don't know what to think, actually a normal price with no gouging.

Prices are normal but Sportsman's Warehouse has cancelled the last 3 orders I've placed for guns.