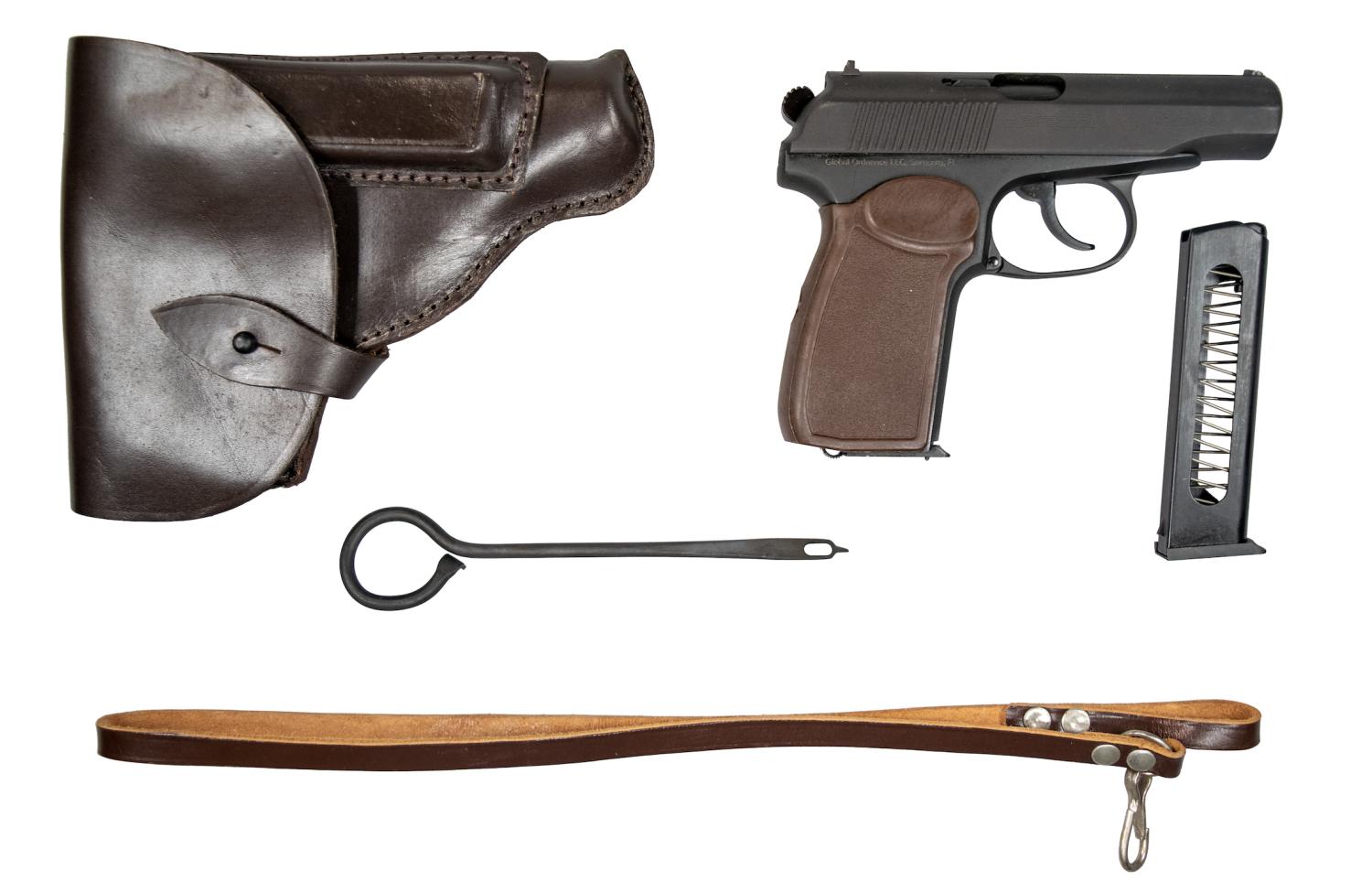 Bulgarian Makarov 9x18 Pistol- Arsenal P-MO1
9x18 Caliber
Surplus NRA Rated Very Good Condition or Better
Black Park Finish
Double Action
8rd Magazine
The Arsenal Bulgarian 9X18 caliber Makarov Pistol Model P-MO1 in black park finish. We are pleased to be able to offer this small number of these pistols which have become scarce over the years. Shooters and collectors know these are some of the finest small semi autos ever to come out of the Com-Bloc part of the world. The Makarov is a compact, sleek, double action design with a hammer-drop safety. One 8 round magazine. Trigger guard style may vary. No Hand Select or Special Requests

These are HIGHLY collectible, they are in extremely short supply and have not seen on the market in quite some time.

The company's history can be traced back to 1878 with the first armory in the country - the Ruse Artillery Arsenal. Due to strategic concerns it was relocated in Sofia in 1891. After the nation's defeat in the Second Balkan War and World War I, in 1924 the company and all of its equipment were relocated in Kazanlak, a town situated in central Bulgaria. The armory was given the name Darzhavna voenna fabrika ("State Military Factory").

Initially producing only artillery gun components and ammunition, the factory later began to manufacture gas masks (1920s), nitroglycerin (1930s), machine tools (1940s) and finally assault rifles, optic sights and B-10 recoilless rifles(1950s). The first assault rifle, a direct copy of the Soviet AK-47, was produced in 1958. By the 1960s a total of seven factories were under the company's jurisdiction. Until the Fall of Communism in 1989-1990, the company was named Mashinostroitelen kombinat Fridrikh Engels ("Friedrich Engels Machinery Works") to conceal its activities as a military enterprise. As part of this strategy it adopted the manufacture of various civilian products, including automobiles such as the then-popular Bulgarrenault-8. In the late 1980s and early 1990s, Arsenal began cooperation with companies from Japan, Sweden, Ukraine and Germany.

(rated 5.0 by 1 user)
Leave a review
By JNS2526 1 week ago
Purchased on: September 2022
Mine took about a week to ship but it is in great condition! Looks brand-new like its never been fired. I got matching mags and the gun itself was made in 1986. Over all I'm very happy with my Makarov!

Login or register to post comments
By PanheadDude, 1 month ago

Are these still being manufactured anywhere? I've handled a few Makarovs but haven't had the opportunity to fire one, yet. I sure like the way they feel in my hand.

up
0 votes
down
0 votes
View score
By Surculus, 3 weeks ago

No, they pretty much died w/ the Soviet Union. They were made by the USSR, East Germany & Bulgaria, and of course the renegade province of West Taiwan that tries to usurp the name "China" made their own knock-off, but everyone pretty much just standardized on 9mmP after the old USSR went kaput in the '90s. Whatever company the state arms factory in Bulgaria became may still have the tooling to produce them kicking around, but since pocket pistols in the West have gotten even smaller in the past 25 years, they probably don't think there's a market for them.

Too bad, because they're superior to a Walther PPK in almost every respect that matters except the Makarov isn't quite as dimunitive... But Maks don't "bite" the shooter like a PPK often does!

up
1 vote
down
0 votes
View score
By PanheadDude, 3 weeks ago

Thanks for the info, Surculus. A buddy of mine inherited one and didn't know what it was. He sent me a pic of it I instantly knew it was a Makarov. I couldn't make out the markings on the pistol from the pic he sent so I don't know where it was manufactured. One thing I do know is that I want it. I'm going to try to buy it or trade him out of it. Hopefully it's Russian, but I want it regardless of where it was made. With info I found on the web I'll be able to tell when I get to see it. - https://www.makarov.com/graphics/markings.jpg - https://www.makarov.com/makpics.html
https://www.tactical-life.com/firearms/makarov-pm-9x18mm/