This deal is out of stock. Check other 7.62x39mm ammo or click here to get notified when it's back in stock. 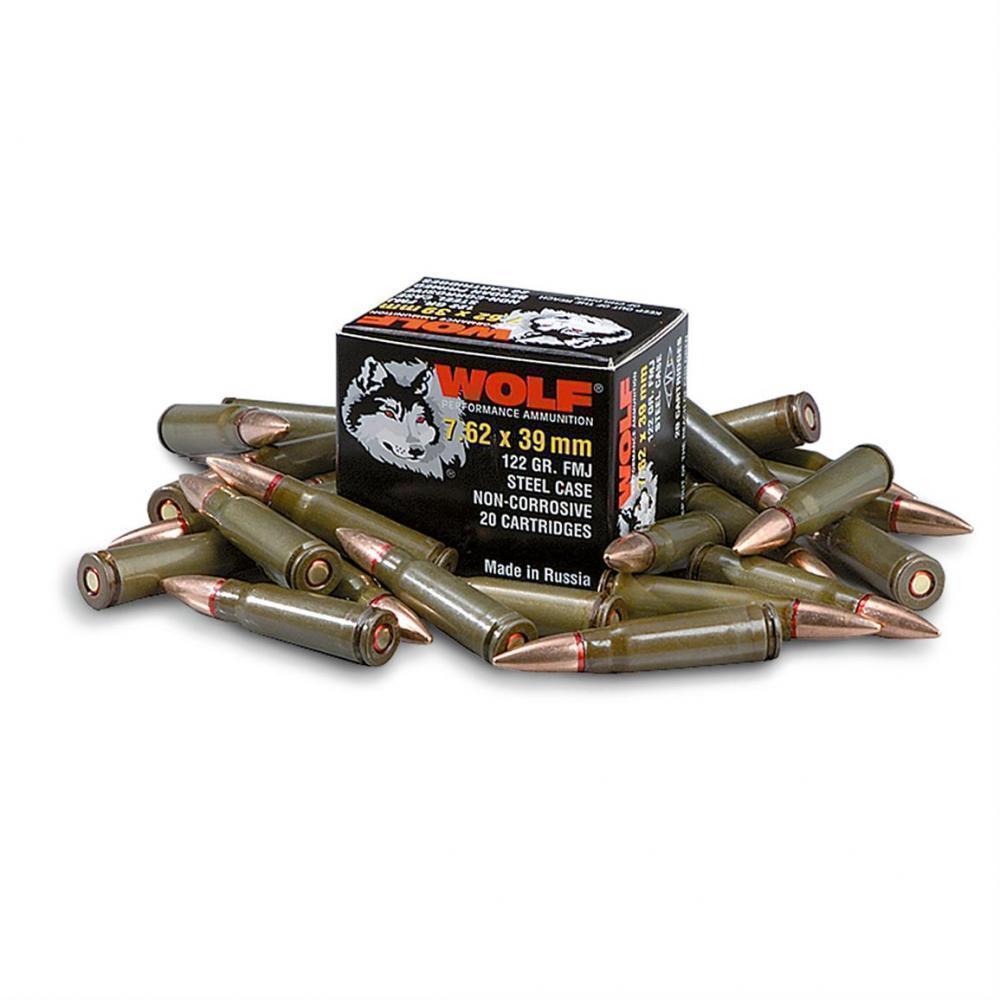 Club orders $49+ Ship FREE - Online Only, Do Not Call, one coupon per order -

Login or register to post comments
By Gunsnbutter26, 35 months ago

Cheap ammo that goes bang. Cant beat the price. Never had a problem with SG or their membership. Free shipping and no tax is hard to find.

up
1 vote
down
0 votes
View score
By Gunsnbutter26, 35 months ago

Cheap ammo that goes bang. Cant beat the price. Never had a problem with SG or their membership. Free shipping and no tax is hard to find.

up
0 votes
down
0 votes
View score
By willow, 64 months ago

SPAM. 22 cents per round, not 18. Cant use both coupons at once so this deal needs to go.

up
2 votes
down
1 vote
View score
By LNSVince, 64 months ago

Did you expect any less from SG ?

up
1 vote
down
2 votes
View score
By LNSVince, 64 months ago

I will never purchase from SG again ! Im just one in a world of many, so all I can tell everyone is to read Angry Bill and dgen32 and make your decision wisely.

up
0 votes
down
3 votes
View score
By Mr Infidel, 64 months ago

OK Mr. Sheeple....first of all, the add on Slick Guns wasn't posted by Sportsman's guide. It was posted by a paid member of slick guns. Thus, if there's a misrepresentation here, it was through the lack of due diligence on the behalf of slick guns. If you go to the Sportsman’s Guide website, it reflects exactly what you will be purchasing. Thus, the remarks below by dgen are obviously incorrect and/or they didn't look/read what they were actually buying before making their purchase. As for the remarks by Angry Bill, I can pretty much guarantee they are at a minimum an exaggeration of the facts. I know this because I have posted negative feedback on Sportsman's Guide and to this day it is still there for all to see.

Overall, Sportsman's guide has some pretty good deals from time to time. But, as we all know, not all deals are actually deals. Be an informed consumer and READ before you buy. However, with that being said, I do have a complaint with them in regard to their continuous back-ordering of items portrayed to be in stock when you check out. They do seem to be getting better with this aspect, but they aren't there yet!!!

My issue with this deal is that Sportsmans guide is that they have mis-represented the ammo by posting photos of of premium 7.62x39 bullets. So what you see is lacquer coated cases and sealed primers/bullets in the photo. What they ship you is the plain polymer coated stuff. I have complained about this with an order for Wold WPA (which used to come in laquer and sealed cases) and they acknowledged the error but REFUSED to take it back for a refund. So here again, I see it advertised as polymer, and they post pictures of premium lacquer cased stuff. So be warned - they will not accept a return despite this in my opinion deliberate error.

up
2 votes
down
1 vote
View score
By Angry Bill, 64 months ago

and try posting up a negative review. the CS rep will intercept it, call you, then shit can your review. The reviews on SG are heavily filtered towards the positive. I skipped renewing my "membership" into their exclusive buyers club for this and 22LR back order cancel and coupon scuffling/canceling funny buisness.

At least so far I have no issue with them unlike Buds gun shop canceld your order at the last minute. however, I found the coupon is kind a rediculous, if you want the $20 off, then u have to pay shipping, then what's the point of having the coupon because shipping will costs more anyway. I think the best deal recently was cabelas had the $20 off with free shipping!