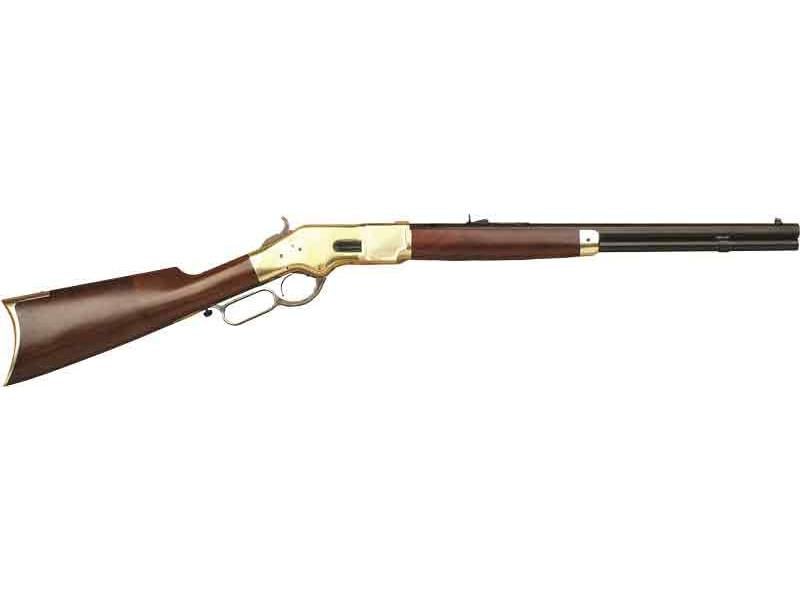 Cimarron Yellowboy 1866 45 Colt 20" Barrel CA234 - $1299
$1,299.00
Originally known as the "Improved Henry" due to its patented loading gate on the side of the frame, designed by Nelson King, Winchester's plant superintendant, and the addition of a wood forearm, the 1866 model was known as the "Yellow Boy" by the Native Americans, because of its brass frame. The '66 model was the first true cowboy lever-action and the first that adapted well to carrying in a saddle scabbard, due to its slab sided design. With over 170,000 made between 1866-1898--it's popularity continued long after more powerful lever guns were introduced.
0
Gunprime Compare prices for this product 451
16 months ago