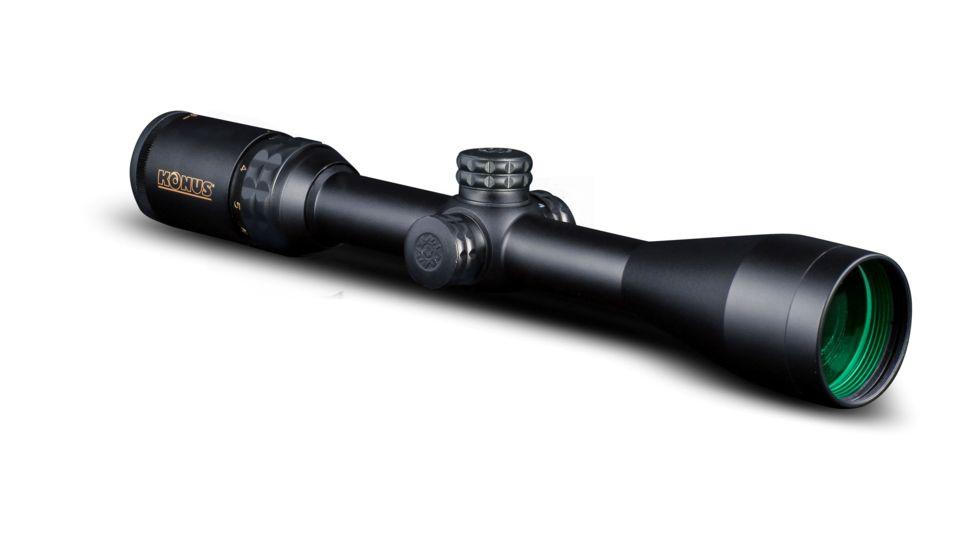 Konus KonusPro 275 3-10x44mm Riflescope Black Tube Diameter: 1" - $113.99 after code "GUNDEALS" (Free S/H over $49)
$113.99
The Konus Pro 275 3-10x44mm Riflescope w/ Dual Illuminated Center Dot Engraved Ballistic 275 Reticle 7279 has been specifically created to be great for muzzleloaders, helping you take the guess work out of hold over angles in the some of the most difficult shots. The exclusive ballistic reticle on this amazing Riflescope from Konus, coinciding with the most popular black powder loads today, provides you with a system of reference lines for exact aiming points from 75 to 275 yards.
0
Optics Planet Compare prices for this product 118
2 months ago 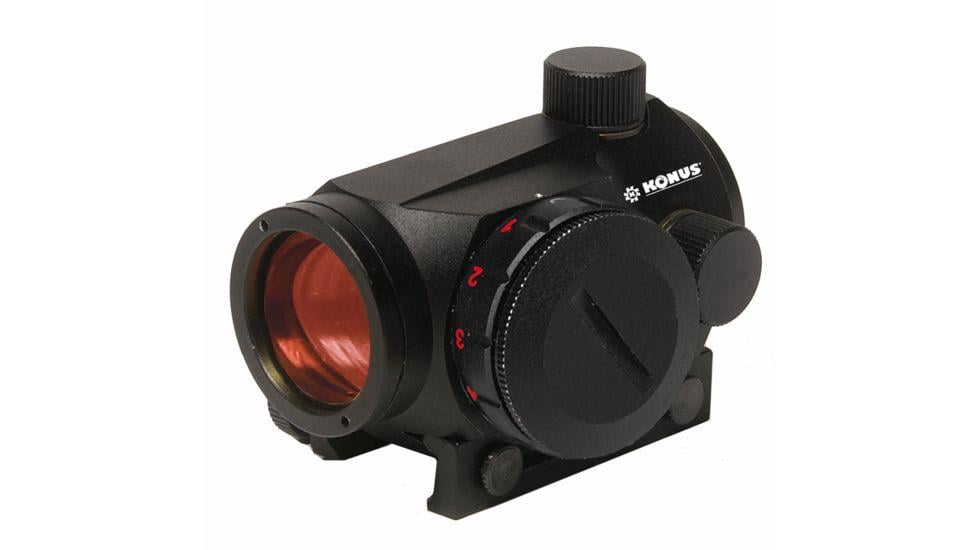 Konus Mini Red-Green Dot with Dual Rail Sight-Pro Atomic 7200, Color: Black, Battery Type: CR2032 - $80.99 (Free S/H over $49)
$80.99
The SightPro Atomic 2.0 has become one of the most popular dot sights in the U.S.A. Its revolutionary design makes it one of the smallest traditional dot sights on the market. This ultra compact feature makes it a superb choice for a number of different applications. Thousands of test rounds had virtually no effect on its ability to hold zero. This rugged scope can handle shotguns, as well as magnum revolvers, but can easily be used on rimfires, and has become a popular scope for AR rifles. Weighing in at only 3.8 oz., it can even be used with archery equipment.
0
Optics Planet Compare prices for this product 40
4 months ago 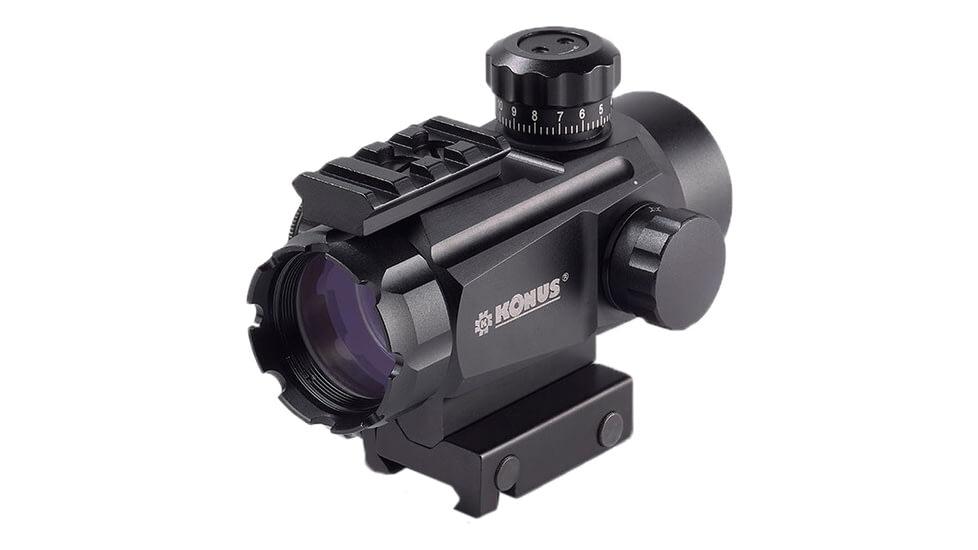 Konus Konusight 1x40mm 4 Interchangeable Red/Green Dot Sight 7378 Color: Black, Fabric/Material: Aluminum - $105.92 w/code "GUNDEALS" (Free S/H over $49)
$105.92
The Konusight Tactical Red Dot uniquely features 4 interchangeable reticle patterns that are among the most popular and versatile today. Each of the reticles can be illuminated in both red and green. In order to accommodate all lighting conditions you can dial up to 5 different intensities in each color.It also includes a dual mount that fits a standard style base as well as 3/8-inch grooved receivers such as those used on 22s. The look and feel is all about tactical usage.
0
Optics Planet Compare prices for this product 43
35 months ago 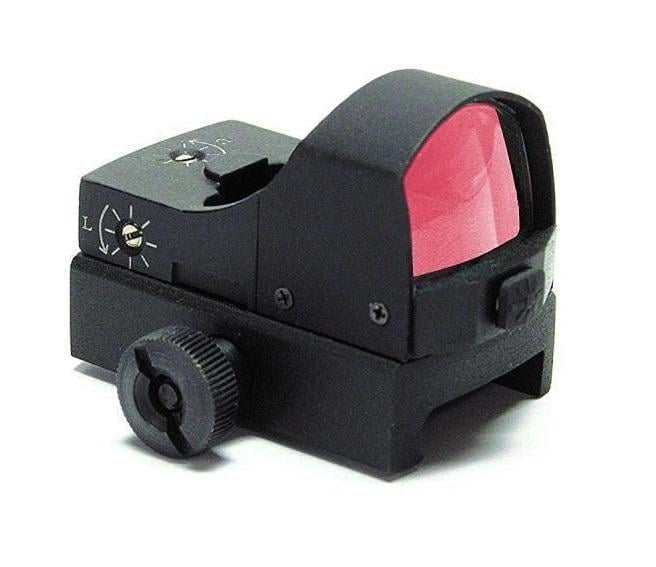 Konus Sight Pro Fission 2.0 Compact Electronic Red Dot Sight Scope - $107.31 & FREE Shipping
$107.31
The SightPro Fission 2.0 is a micro-compact electronic dot sight. If you're looking to minimize weight, then this 1.76 oz. device is exactly what's needed. Perfect for use on handguns & shotguns, but also a terrific choice to mount on the side of a scope for CQ situations. The 4 MOA dot can be illuminated with 5 intensity settings for all lighting conditions. The strategically placed push button control switch separates the Fission from other models in the market by keeping your battery life running at optimum performance while staying clear of the shooters line of sight.
7
Amazon Compare prices for this product 7652