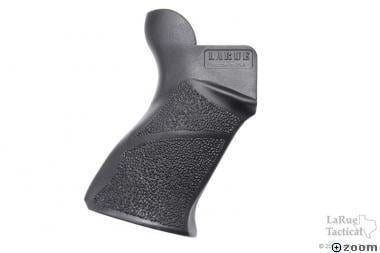 LaRue Tactical A-PEG Grip - $9.99
$9.99
LaRue Tactical A-PEG™ Initially designed with the precision shooter in mind, the folks at LaRue Tactical queried trusted individuals in the precision shooting community what they would prefer in a grip. The result is the LaRue A-PEG™. The project grew into an accessory that featured ambidextrous geometry that can be used by all shooters, enchaining control of AR15-type weapons. The A-PEG™ is available in two sizes; Regular (for 5.56 receivers) and Extended (for 7.62 receivers). The Extended version fills the “gap” in AR10-platform receivers.
6
LaRue Tactical Compare prices for this product 3270